A few months ago, we went along to a camera market which turned out to be packed with vintage cameras…and people!

We were unable to get close to some of the popular tables as there were too many people…who said film photography was dead!

But because I had a little money to spend (thanks footy tipping!), I was determined to find a camera to add to our growing vintage camera collection.

So we did the rounds, and I spied a little folder camera on one seller’s table…I decided to keep looking around.

Second time, I picked it up and the seller explained it actually was a medium format camera…but I didn’t think we had enough cash so passed it over to another guy who was interested in it.

Third time around, it was still there…waiting for me.

Scrounged up all our cash, and it was mine…a Voigtlander Bessa 66, aka a Baby Bessa… 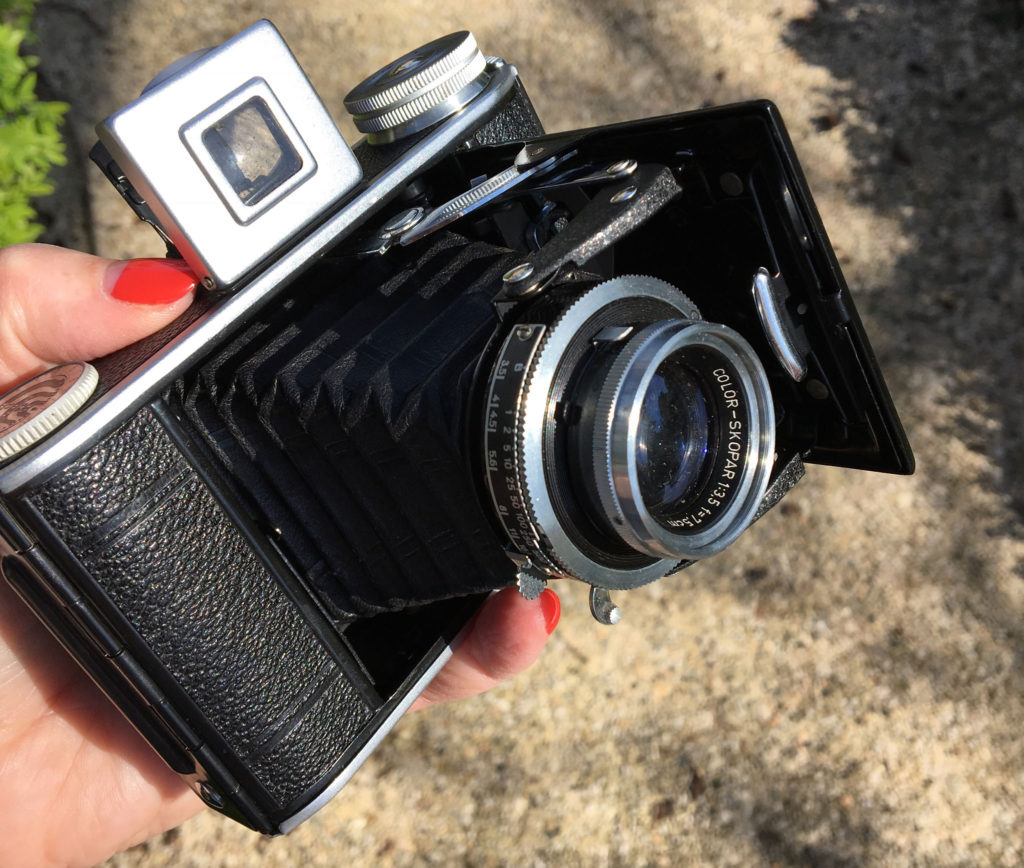 Pushing a button on the bottom of the camera pops the lens out…I have to admit it did take me a little while to work that out.

I did a bit of research when I got home, although first released in 1937, the Bessa 66 was available with a number of different lens/shutter combinations until 1950, when it was replaced by the Perkeo.

Found out this particular Bessa model was released around 1947, making it the oldest camera in our vintage camera gang.

It was aimed at the amateur photographer and has been described as the smallest medium format camera ever.

This camera felt just right in my hands…it is solid and I just love it’s simple, classic design.

When folded, you could be forgiven for not knowing it was a camera! 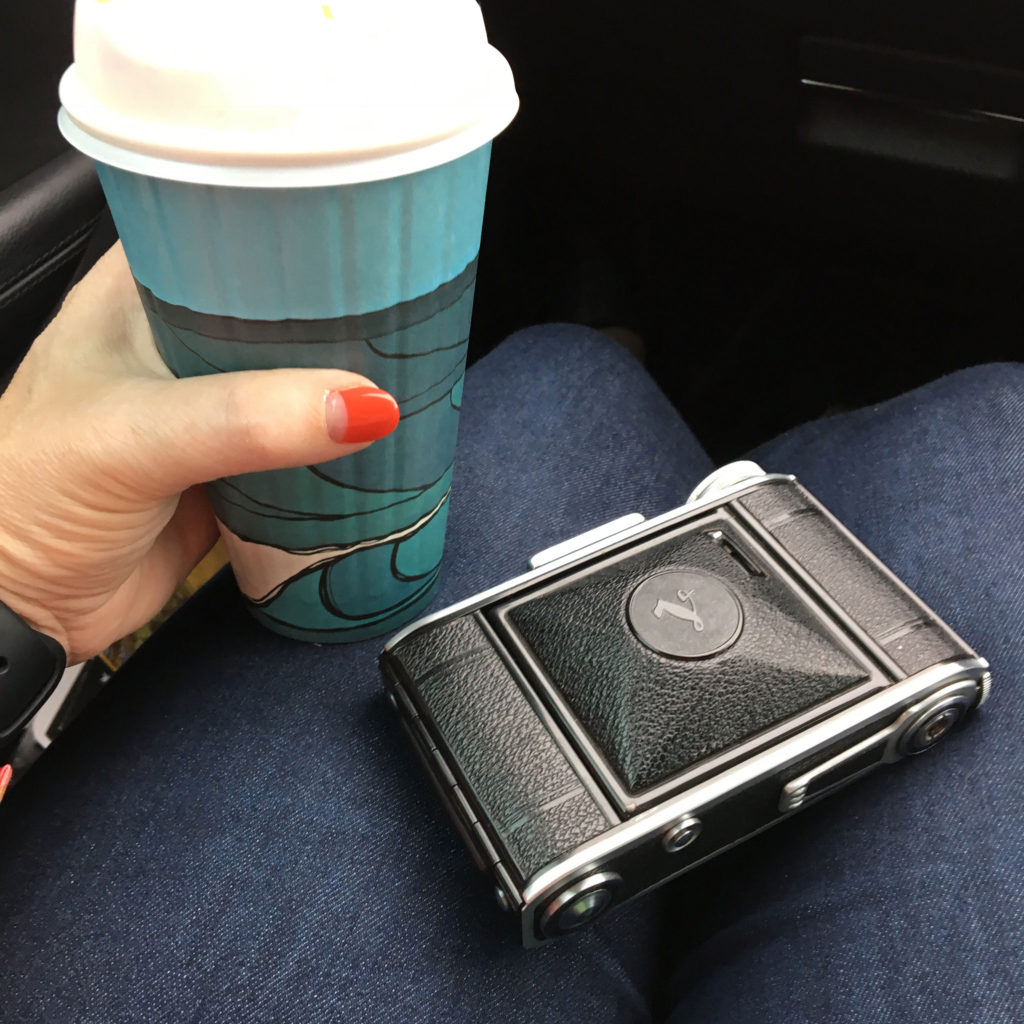 Tried to find a manual but couldn’t find one any where on the interwebs…but did find one for its younger brother, the Perkeo, so was able to work out the basic functions from that.

Taking a photo is a bit more complicated then our modern cameras…the shutter has to be cocked by pushing up a lever on the side of the lens.

Then a photo can be taken by pushing the lever on the outside panel.

The camera has shutter speeds up to 500 but mine won’t go any further then 250 for some reason.

The lens is focused in the range of 3 feet to infinity by turning the front dial…the markings on mine are a little hard to see, especially in bright sunlight, which led to a few inadvertently out of focus shots.

The maximum aperture is f3.5 and the lens assembly incorporates a “between the lens” Prontor II leaf shutter.

My Baby Bessa looked like it was in excellent condition, so I decided to stick a film in it and see if it worked.

I chose a black and white ISO 400 film and found it was quite easy to load…it still had a spare spool in it.

Winding the film on is very much a manual affair, and the numbers show through a little red window at the back.

You do have to be careful not to wind past the next number and end up with a blank shot…by trial and error, I discovered that about 10 half winds got me safely to the next frame.

I did have a little trouble at the end as the film didn’t want to separate from the original spool…I had to open the back and pull it off.

So it was with great trepidation that I took the film to be developed, and was pleasantly surprised to find that the camera was still working to some degree!

This was the best one…and the one most in focus…it blows my mind to think this image was taken on a camera that is almost 70 years old! 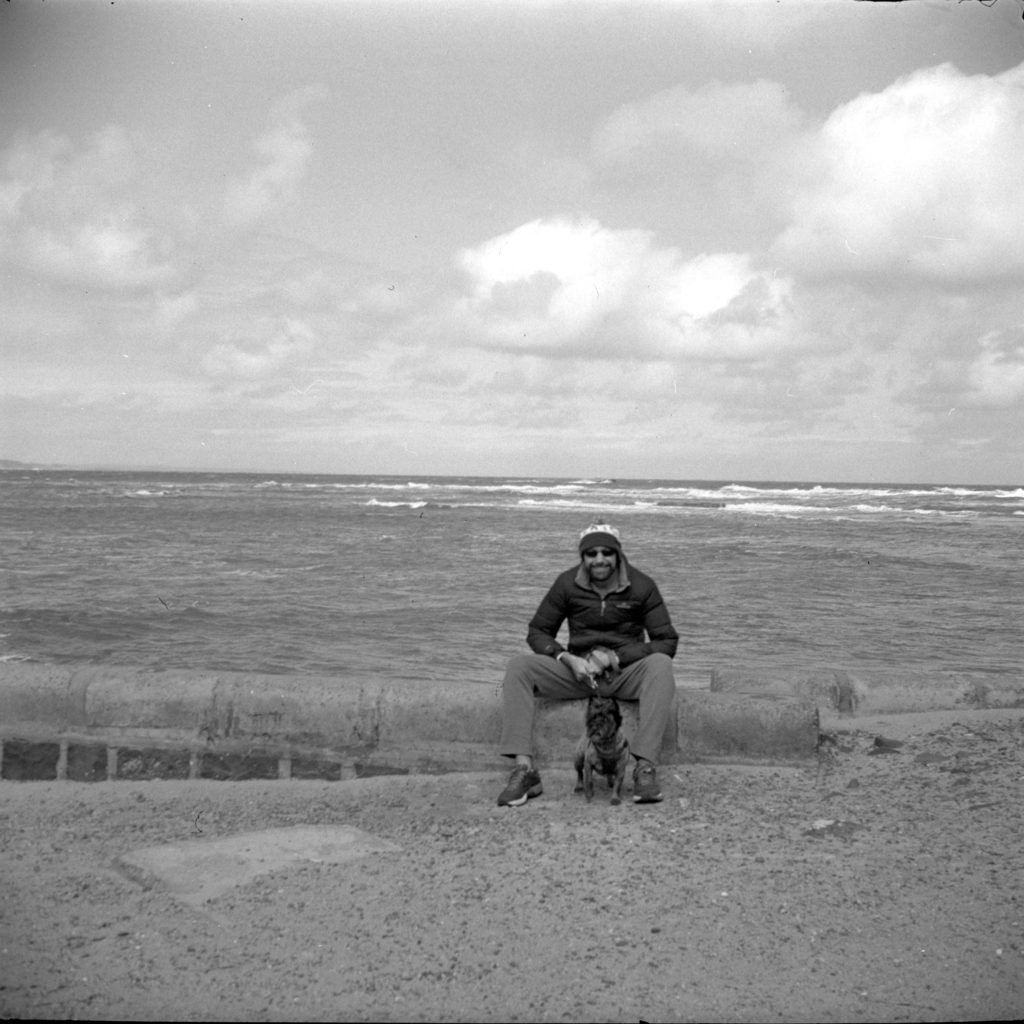 Although it was a lovely sunny day, the black & white film and grainy image makes this scene look quite stormy… 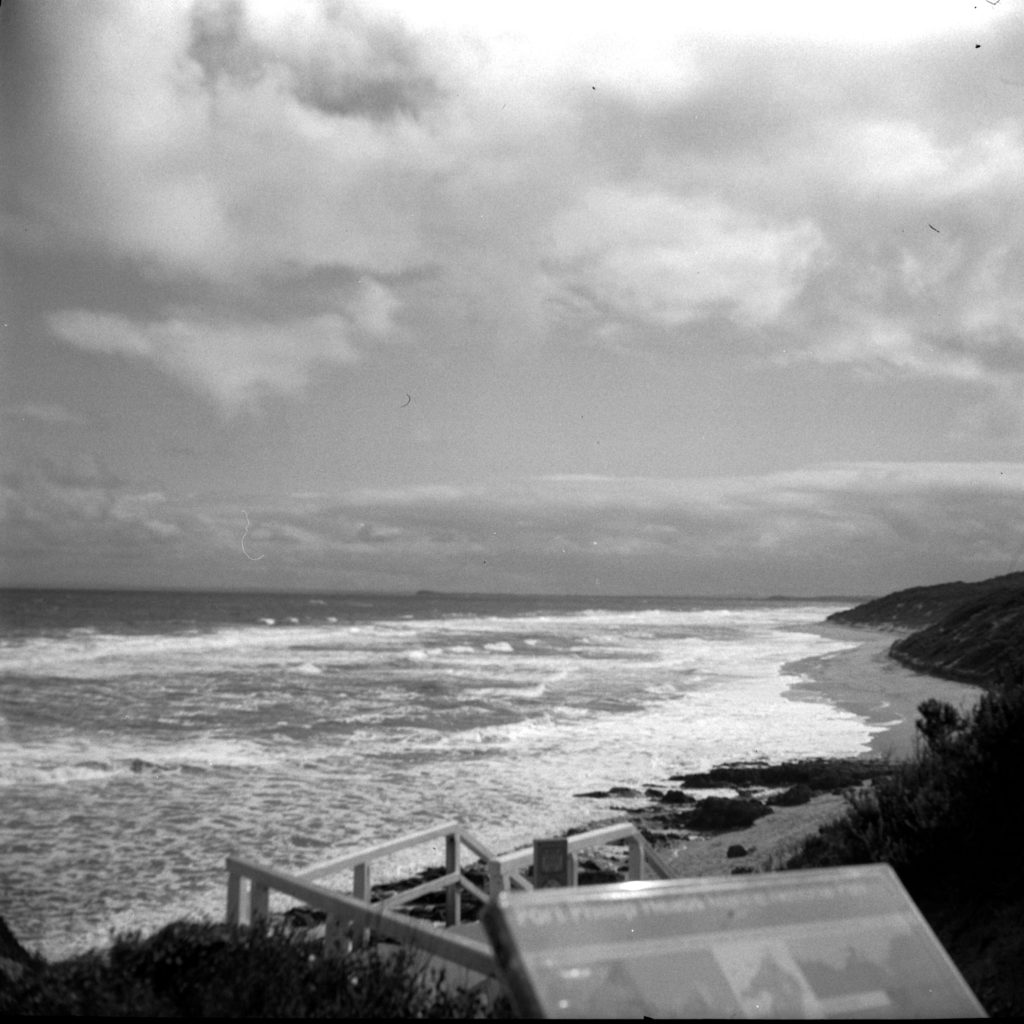 In the past, my relatives took images of this very lighthouse during the very same era that this camera is from.

This could almost be from back then except if you look more closely and see the modern technology…. 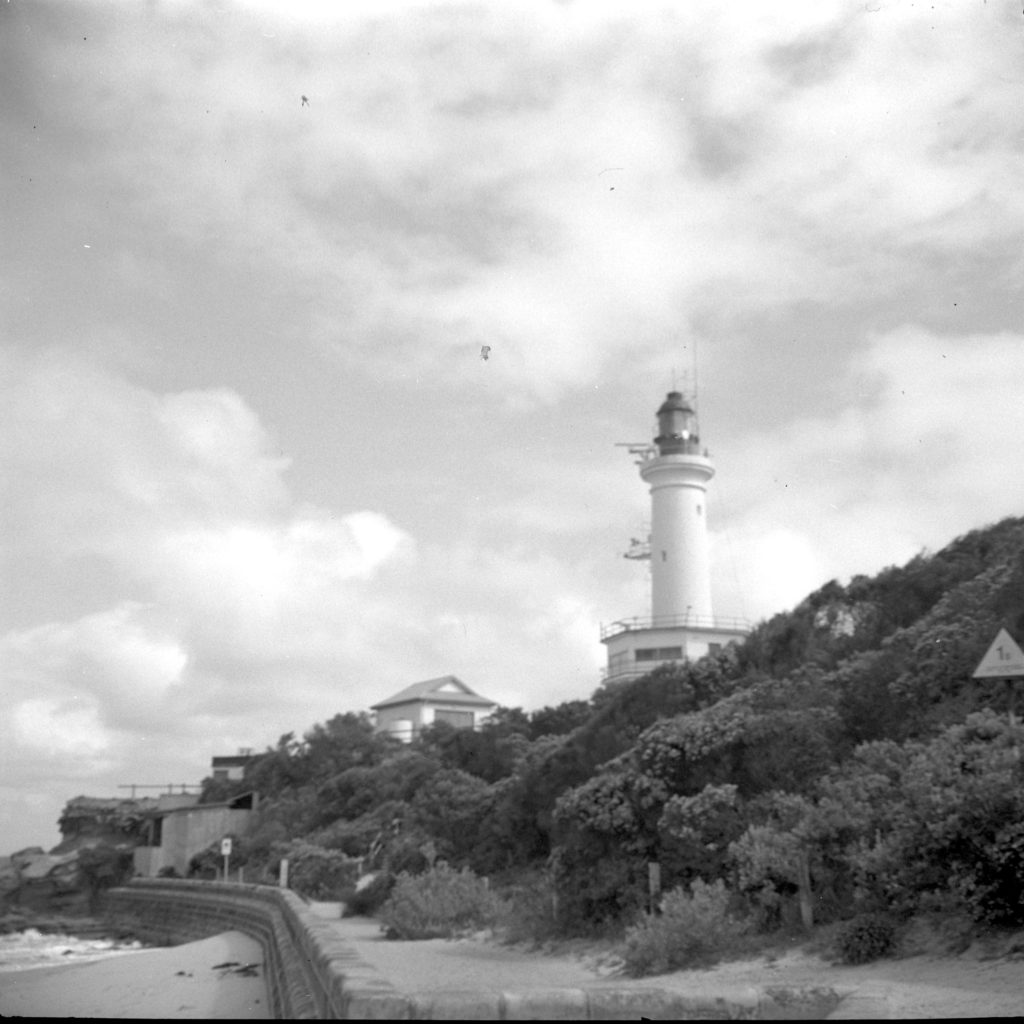 This baby Bessa may be the oldest camera in our modest vintage camera collection, but I just love it!

Admittedly it’s going to take me a little while to learn how to use it properly…to get the best out of it…and it may need a little TLC to get it to perfect working order.

But there is something special about using a camera from such a different era…if only it could talk.

I am now running a colour film through it and I can hardly wait to see what comes out!

Have you used a medium format folder camera? What is your favourite model?

Please feel free to share in the comments below as I would love to know!

« A Green Oasis in Melbourne – The Little Veggie Patch Co » Wallowing in a pity pool…but I want to get out!