I have always been a Geelong Cats supporter…if you have no idea what I am talking about, I am referring to AFL or footy as us Victorians affectionately call it.

So like many other footy fans, I was shocked to wake up to the news that a high profile AFL coach had been murdered…a victim of domestic violence.

I am not naive to think that this is something that rarely happens…sadly, it happens every day all round this country.

But this particular case of a family being torn apart has such far reaching effects…Phil Walsh was the coach of the Adelaide Crows, he had played with various AFL teams and been part of the coaching team at others…in fact, he was part of my team, the Geelong Cats, for five years.

He was well known and respected…he had just won his dream job as a senior coach, and was loving it.

He was a father figure to his team and others.

Sporting fans who never met him personally are just as affected, as Walsh had become a familiar face on TV and his voice was heard on radio across Australia.

Kids are asking their parents after hearing the news…how can a son kill their dad…how on earth do you explain it to them?

Something horrific happened that night…but in something similar to what occurred when the cricketer Phil Hughes was tragically killed during a game, another sporting community has pulled together in their shock and grief. 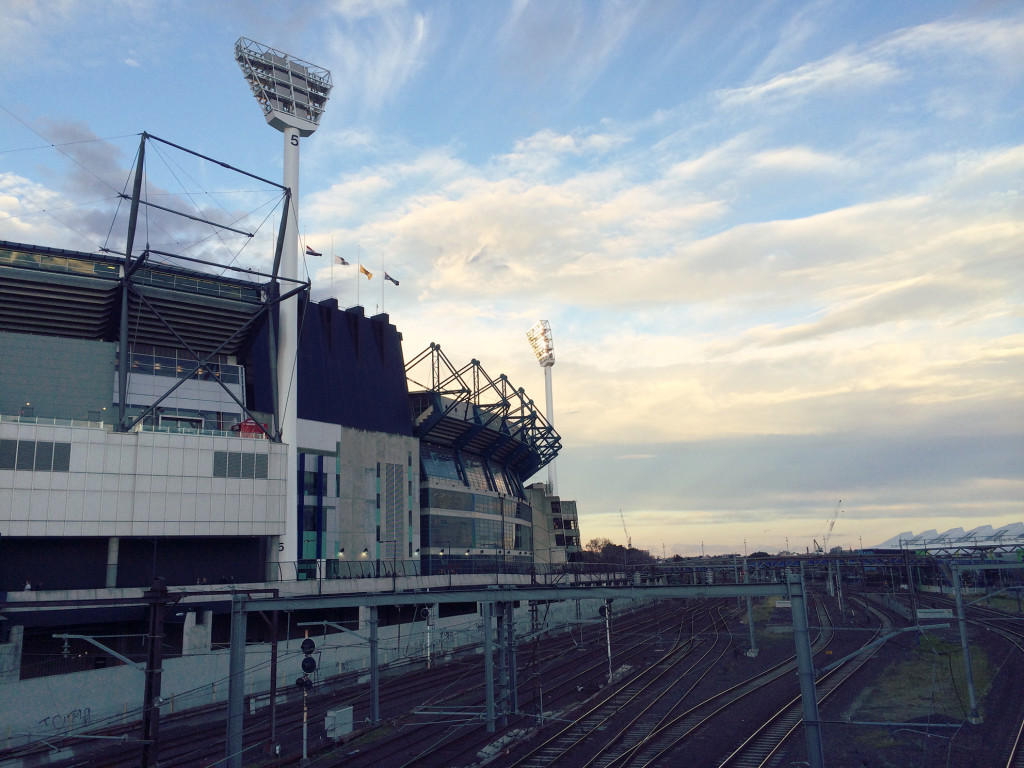 All the AFL games went ahead on the weekend except for the Adelaide vs Geelong which was meant to be today…it was decided to cancel the game and award the teams 2 points each.

I am proud of my team in that this was accepted without question…to play would have been a disaster as both teams have strong connections with Walsh.

As a tribute, there were no banners at the games, and no team songs played or sung.

But what has really touched me is the images of rival football teams and their coaches, after a tough game, standing in a circle in the centre of the ground, with their arms around each other, for 30 seconds of silence.

The traditional rivalries are put aside as a sporting community becomes united in grief and shock.

I am not sure who initiated this idea but it just so emotional and moving to see…a perfect way to show respect.

This tragedy has also brought home the fact that football is not immune to issues affecting the wider community…in fact, in the last few weeks, the papers have been full of reports about players using drugs, another widespread problem.

Maybe drugs are the cause of what happened in the Walsh family…maybe it was mental illness…people are trying to find a reason to explain why.

I guess eventually the real story might be revealed in time,  but if one thing positive can be taken from this whole thing, is the awareness that domestic violence does…and can…happen to anyone, and that we as a community should stand strong and stop it…now.