Looking Back – Waiting for a Liver Transplant

A “memory” from about four years ago popped up on my Facebook feed recently…I had written how I was so hoping my husband would get a new liver for his birthday, which is in a few days.

Although my words didn’t portray it, I remember how worried I was back then…and scared…frustrated.

He had been on the waiting list for almost 14 months, and his health was beginning to go downhill fast.

I hated the fact that there was nothing I could do but to look after him the best I could.

The one thing he needed was something I couldn’t provide.

I should emphasize that I knew that the Liver Transplant Unit were doing all they could…if everything fell into place, he would get a liver.

But the not knowing if it would ever happen does get to you after many months of waiting.

And to add to the emotional strain, there is the knowledge that someone will have died in order for a donor liver to become available.

It is something that is hard to reconcile…the desperate want to save a loved one, while knowing someone, somewhere, will stop living.

I held onto something one of the social workers said to me…about how the donor will not die to save my husband.

They were heading along their own life journey which had no previous link to us.

It is only through the magic of organ donation that they then became part of our journey.

Almost four years have passed since my husband finally got the call, and got the new liver he so desperately needed.

And as I sit here, writing these words, I wish I could have reached back in time to tell us that everything will be ok.

In fact, it will be more than ok…our lives have changed so much since those dark days.

That a couple of weeks after my husband’s 40th birthday, he got a donor liver….this was taken just before he was whisked away to theatre… 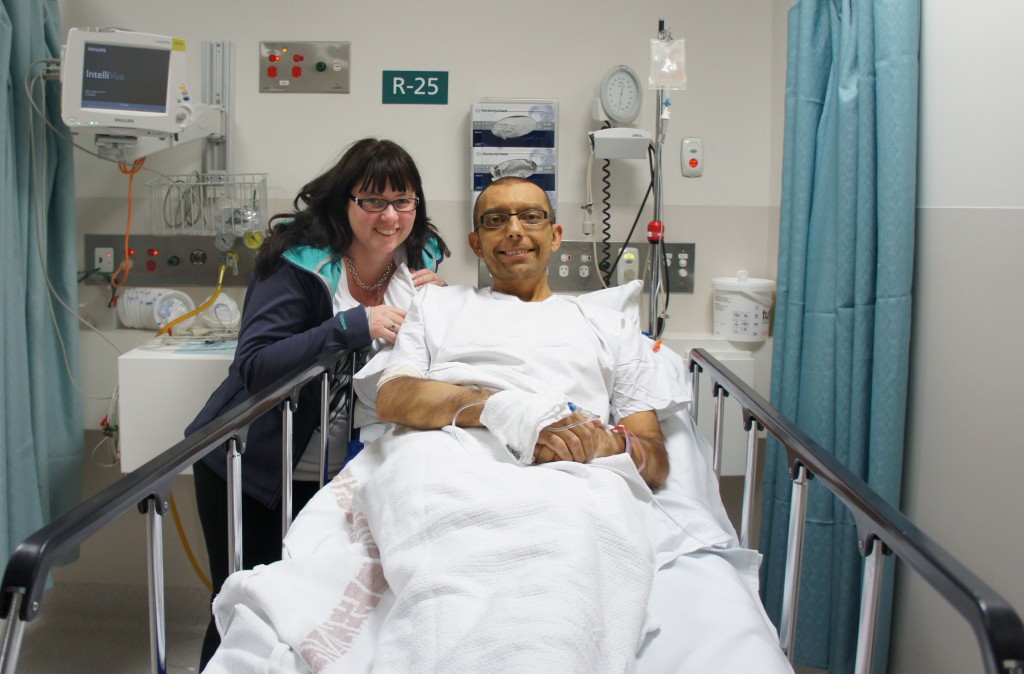 That instead of watching him sleep most of the day away, and trying to get him to eat something…anything…he is now up early and going for a run or walk with the dogs.

He is on the go all day and is able work and do all the things he wants to.

That I will be able to sleep soundly at night without having to keep alert in case he has a turn.

And after years of looking yellow due to jaundice, his eyes and skin are clear.

My husband is only one example of thousands for which organ donation not only saved his life, but totally transformed it.

A second chance that would not have happened without the most amazing gift…the gift of life.

« Laneways of Melbourne – Union Lane » What I Wore Roundup – Edition 51