One thing I love about Melbourne is the maze of laneways and hidden places which often contains funky bars and cafes or trendy little shops.

Union Lane is a little different from the others in that it is just that…a lane, albeit a very colourful one.

In fact, you could easily walk past it’s entrance without a glance….it is tucked in beside David Jones running south between the busy Burke St Mall and Little Collins Street

The lane was named after the Union Hotel that was situated on Little Collins Street during the 1860s.

Apparently, it originally housed high value industry in the late 1800s…including electroplaters, brass finishers, locksmiths, an engraver and lapidary, a stereotyper, a wholesale newsagent and a watchmaker.

In 1901, the Central Club Hotel opened as well as a wholesale music store, run by Edward Lyons.

But over time, those businesses disappeared and the hotels closed, and it has now become basically a thoroughfare with any shopfronts securely closed up.

In late 2007, Union lane was part of mentoring program launched by the City of Melbourne and was covered in work created by 50 young artists.

Then in 2010, about 70 artists from Melbourne, Perth, Glasgow, Auckland and even San Salvador painted the entire lane over 5 months.

But it is still worth a visit… 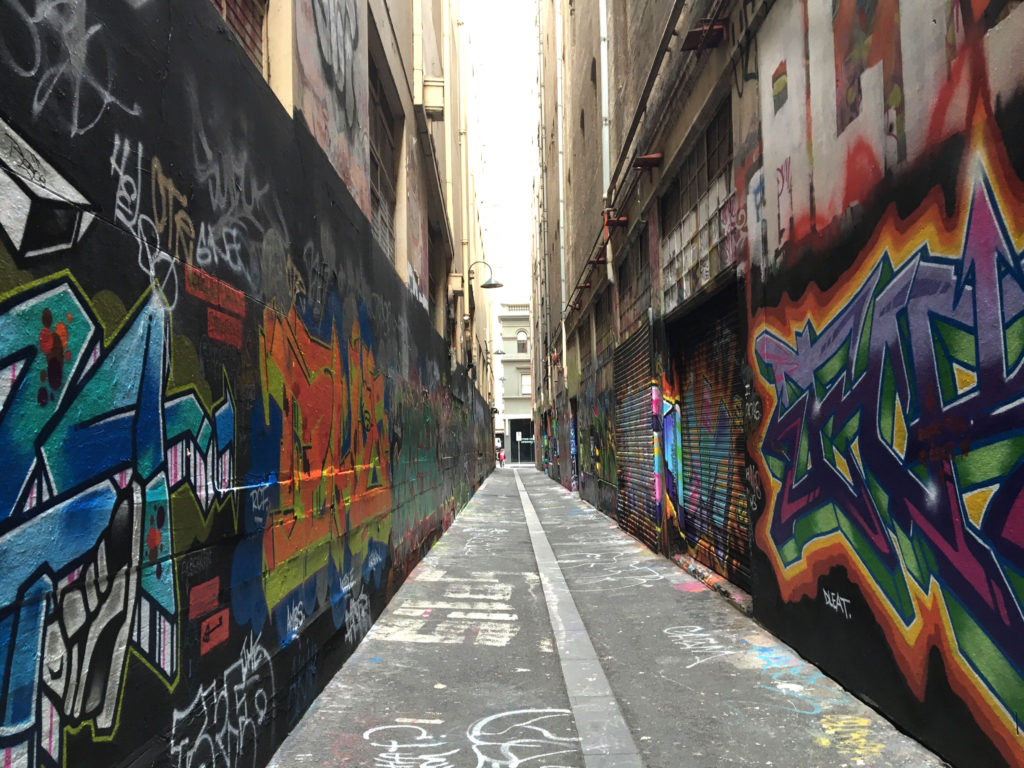 It is wall to wall colour, with seemingly every available surface covered in graffiti…in fact, there is approx 550 metres of it! 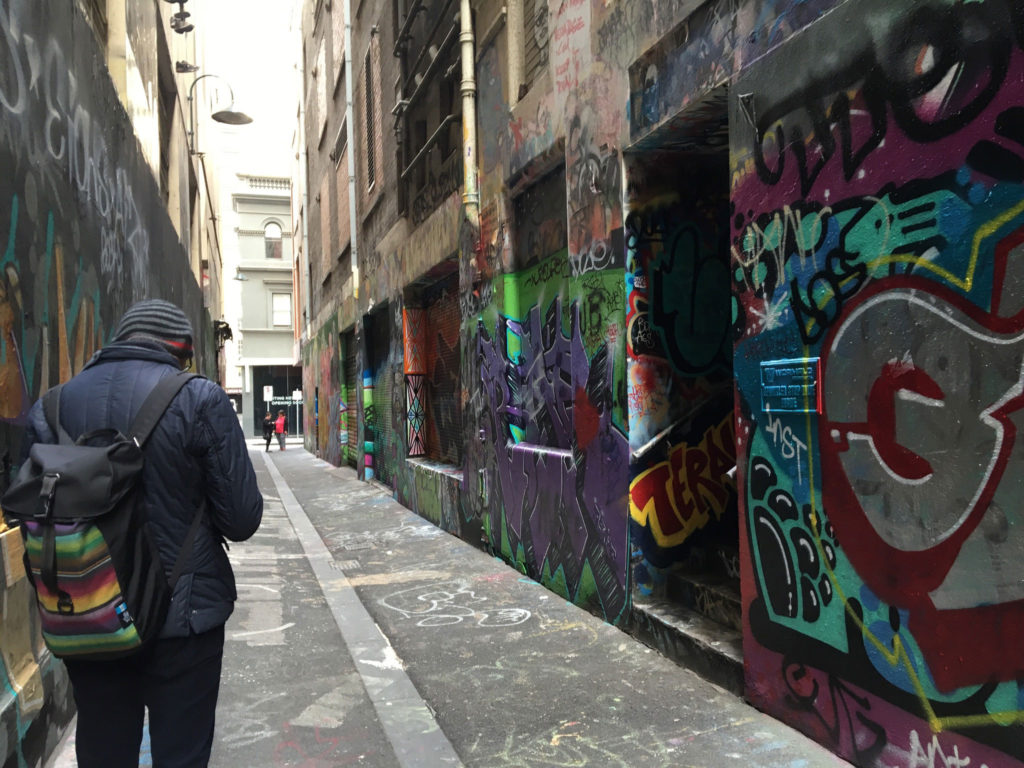 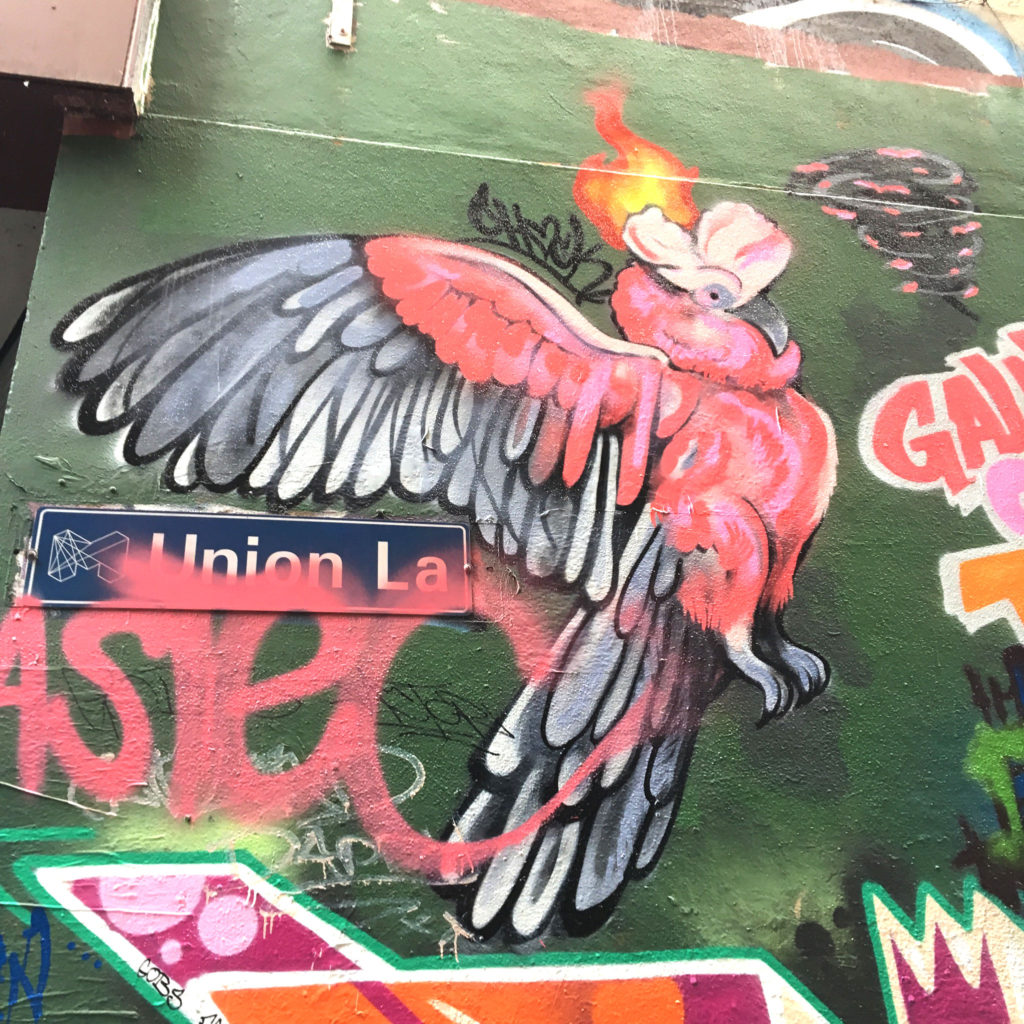 Union Lane is easily accessed from either Burke St or Little Collins Street.

« Melbourne Tea Festival 2016 » Looking Back – Waiting for a Liver Transplant