Just another Monday at the Liver Transplant Clinic

Having a transplant does not mean everything is fixed, and you just get on with life….it is a never ending commitment, with regular checkups, maintenance and medication.

Today was my husband’s regular three month check up at the Liver Transplant Unit…I have written about this before, but thought I would give an updated insight as to what our clinic visits are like, now it has been over two years since transplant!

Post transplant clinic days are Mondays and Thursdays….we like to go on Mondays as it seems to be a little less busy and the doctors/surgeons we like to see are on duty.

So today, our Monday started very early…..up and out of the house before dawn, into a very cold, foggy morning.

We followed the trail of red brake lights to Heidelberg, with the car showing that it was just 5C outside. 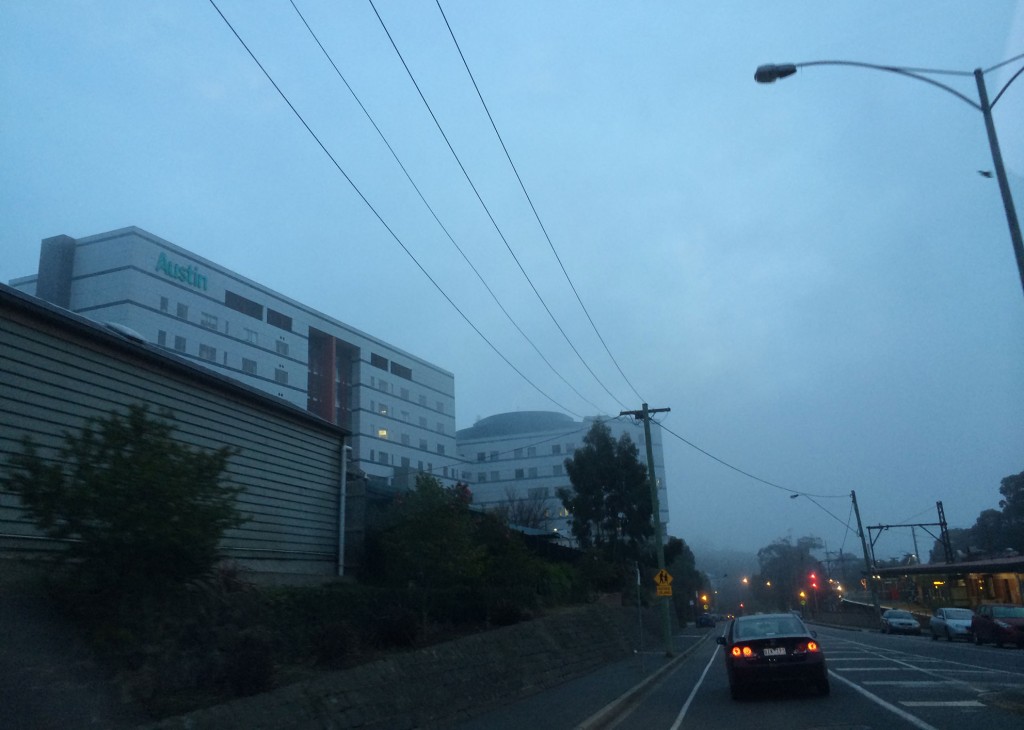 One good thing about arriving at the hospital at such an early hour is you can always get a carpark…usually the night shift has just finished so you can often get a spot right near the lifts!

We like to get to the hospital as close to 7.30am as possible, which is when the clinic opens….we quickly learned that earlier you get there, the quicker you get seen….leave it another half an hour later, and you could be waiting hours…

We have developed a routine over the two years we have been coming to the Post Transplant clinic. On our arrival, Jas signs into the rather temperamental hospital booking system, and gets a docket with a number…. 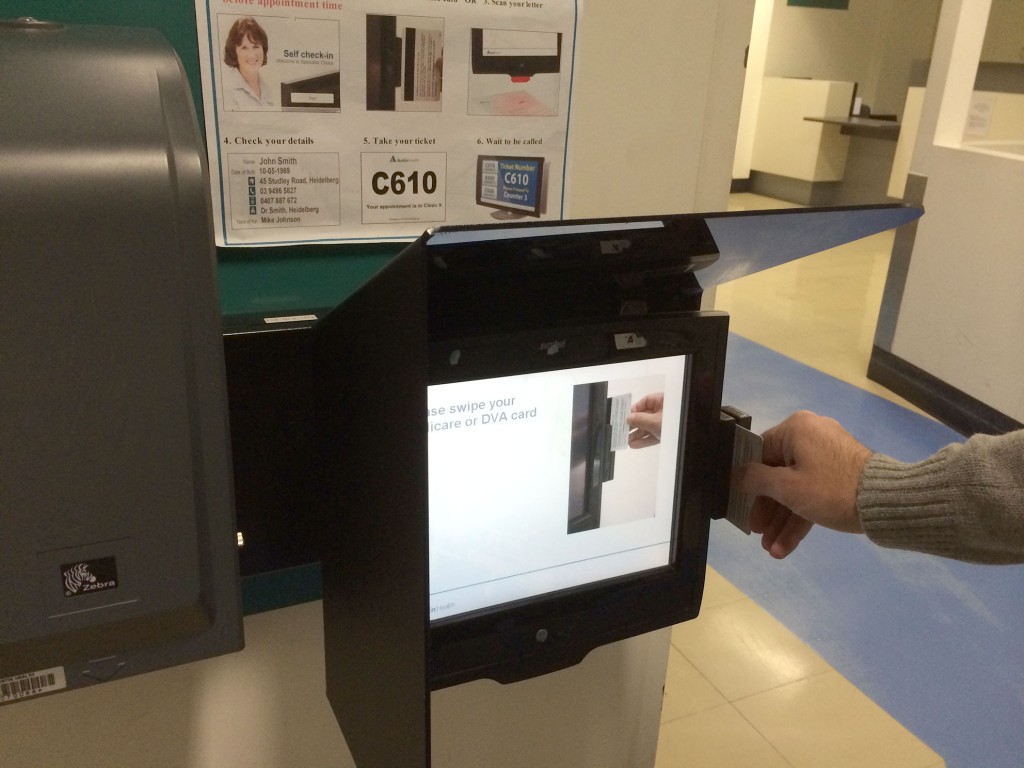 It’s been a while since this system was installed, yet we have never managed number 1, despite being there early…today however we got number 2…near enough!

Next, we head to Clinic 5 where you have to put your name on a list, and get your medicare card swiped..again! 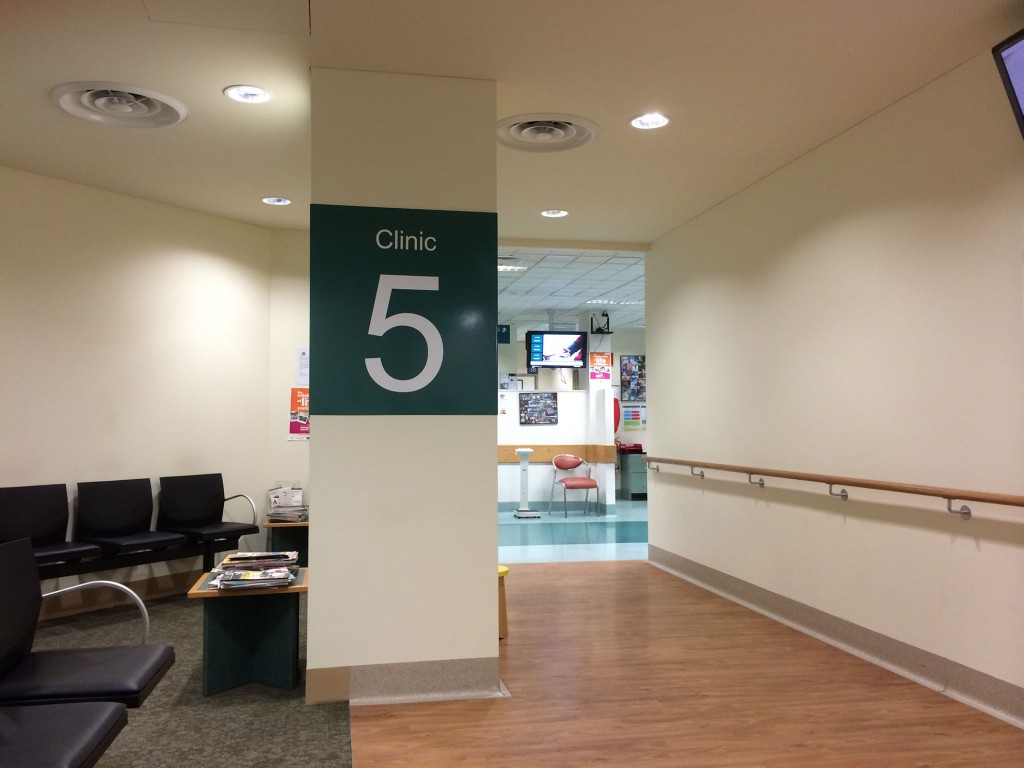 There is a bit of an unwritten rule that if you arrive before they open the doors, you line up in the order you arrived to put your name down….this can make a difference between an hour wait to three or four hours wait! And it makes no difference what number you are either….its a confusing system but that’s the way it is!

Its now time to sit and wait to see one of the nurses….as we were number two today, Jas was called pretty quickly.

He gets weighed, and the nurse checks any blood results, and takes his temperature and blood pressure. She asks how he is feeling, and if there are any issues. She also checks what meds he might need, or any procedures/scans/tests that might be required. 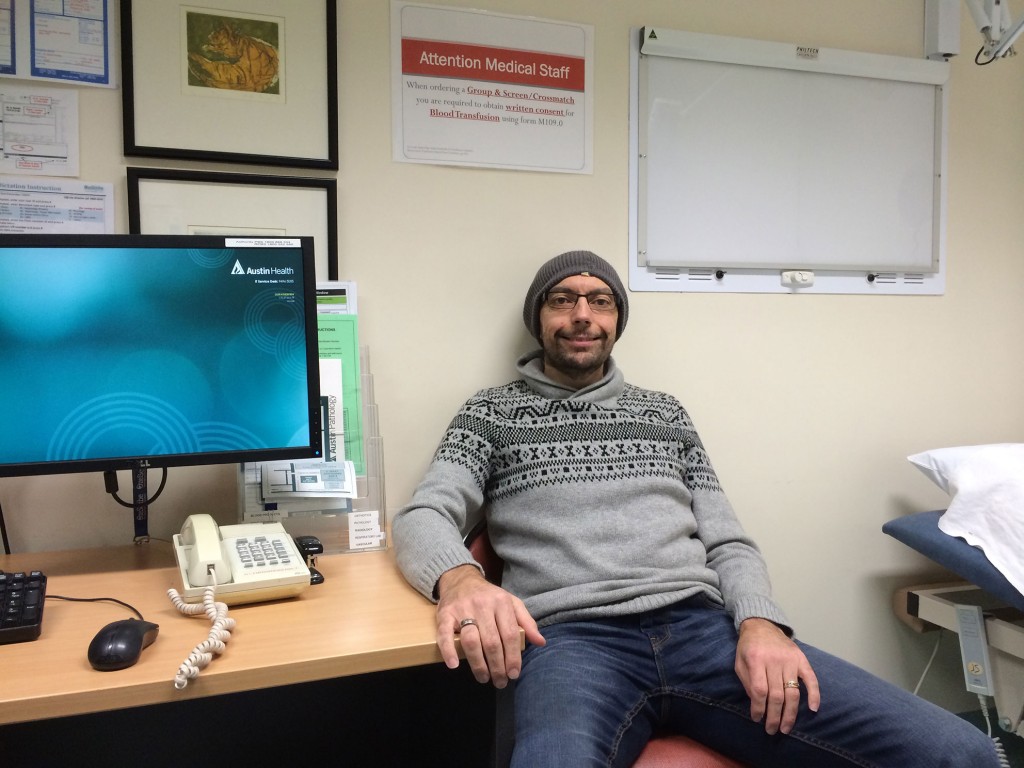 Luckily, Jas’s levels are pretty stable, and they are very happy with how he is going.

Just to give you an idea of just how sick he was pre-transplant, his bilirubin level hit 599 on the day of his transplant…it is now 11 and perfectly normal…something I still can’t believe when you look back over his history!

Then it is time to go back to the waiting room to wait…and wait….until your number gets called. 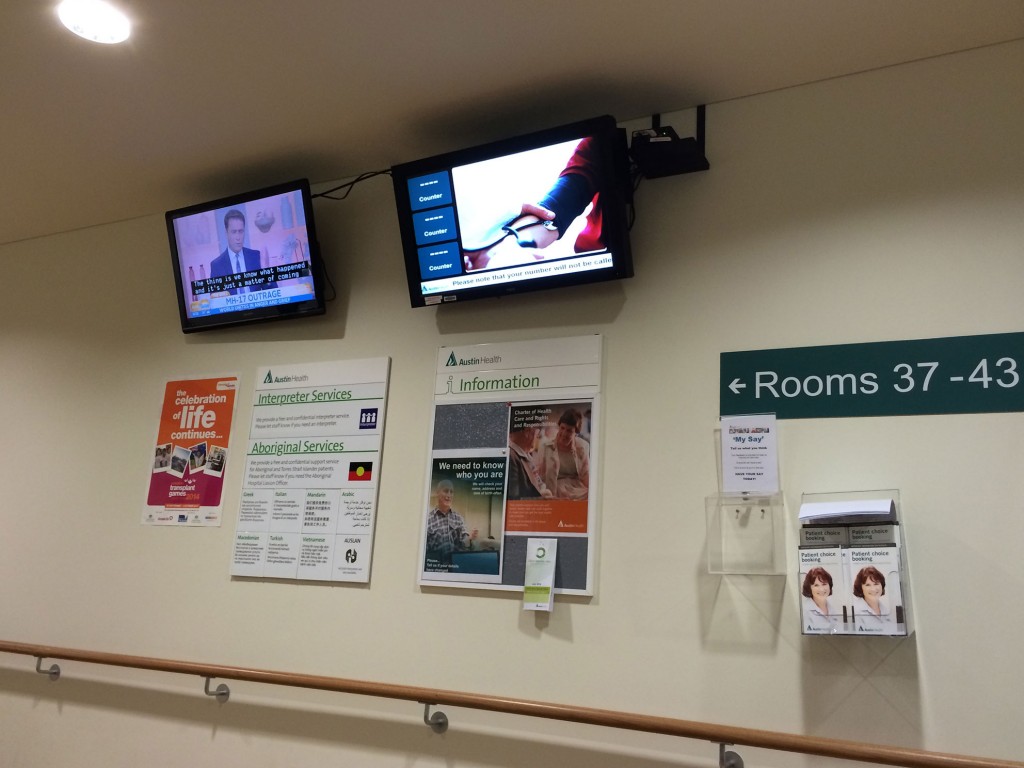 Sometimes if there has been a transplant the night before, or one about to start, there won’t be any doctors or surgeons available till later, but you certainly can’t complain of waiting when you hear that someone is getting their second chance at life!

However once we have signed in, and seen the nurse, I tend to relax as there is nothing more to do but wait…you are in the system so you just have to go with the flow…and put up with the sound of morning television…I hate it…thank goodness for the ipad!

Today, we share the waiting room with the Human Headline himself, Derryn Hinch….Hinch always keeps to himself, and does not interact with anyone, instead keeps busy on his phone and ipad.

By contrast, we often have quite a social time when waiting…it is always great to find a familiar face, and to hear that they are doing well.

Today, a lady came up to my husband, as she recognised him from when he went to a pre transplant workshop last year to talk about his experience. It was great to hear she had her transplant and is doing fine.

It is especially good to see newbies in the waiting room…those who have just been transplanted and are now on the “other side” in post transplant…and I can speak from experience, it is  a much better place to be then pre-transplant!

We waited about an hour, then Jas’s number was called…today we saw one of the Liver Transplant surgeons, Michael Fink. It is usually the luck of the draw who you see, but we have learned to request certain doctors/surgeons if there is an issue.

Michael was happy with all Jas’s levels, however the bad news is that Jas has a small hernia….nothing major, but it will need to be fixed with surgery.

Hernias can often happen after a liver transplant, as either the wound wasn’t stitched properly, or a stitch or two has given way over time. 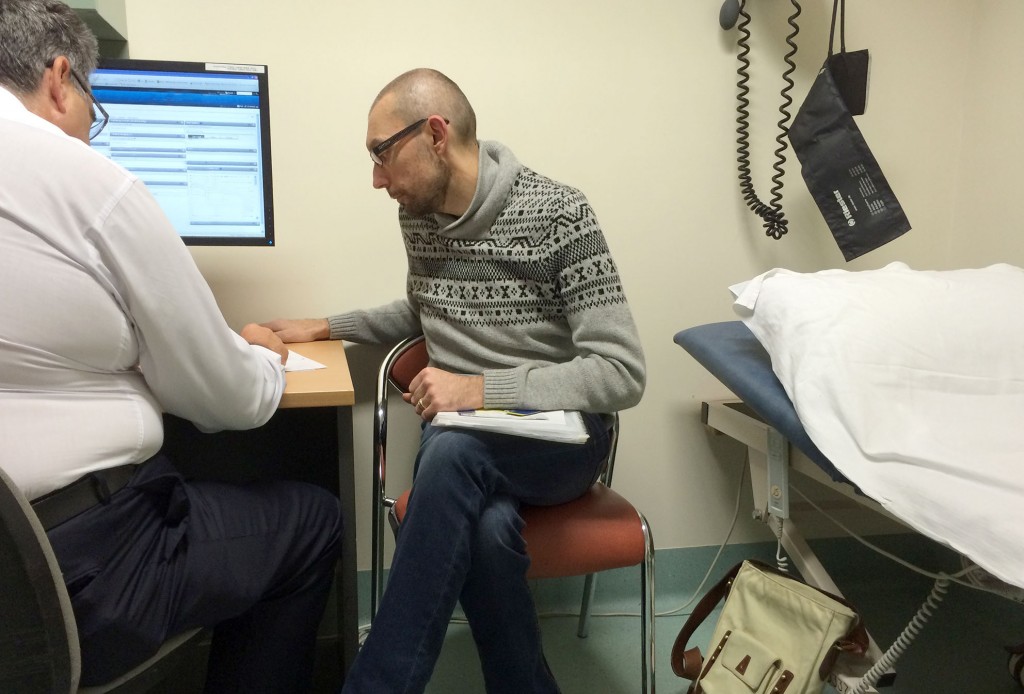 We had to laugh though….Michael couldn’t help himself, and had to check who stitched Jas up after his transplant…and he was relieved it wasn’t him!

Luckily, the surgery can be delayed till after September, as Jas wants to compete in the Transplant Games which are being held in Melbourne this year.

As he has to have it done by a liver transplant surgeon, and it is not urgent, he may have to wait months for a date anyway!

Jas is not worried about the surgery, but he isn’t happy about the fact that he won’t be able to exercise or even do his trumpet/cornet practise, for six weeks after the operation!

He is going to drive me…and himself….mad as he finds it hard to sit still at the best of times!

So after signing all the forms etc, that’s it for the clinic….and another check up is booked for three months time!

But our visit is not over yet….time to head off to Pharmacy so Jas can stock up on his meds. 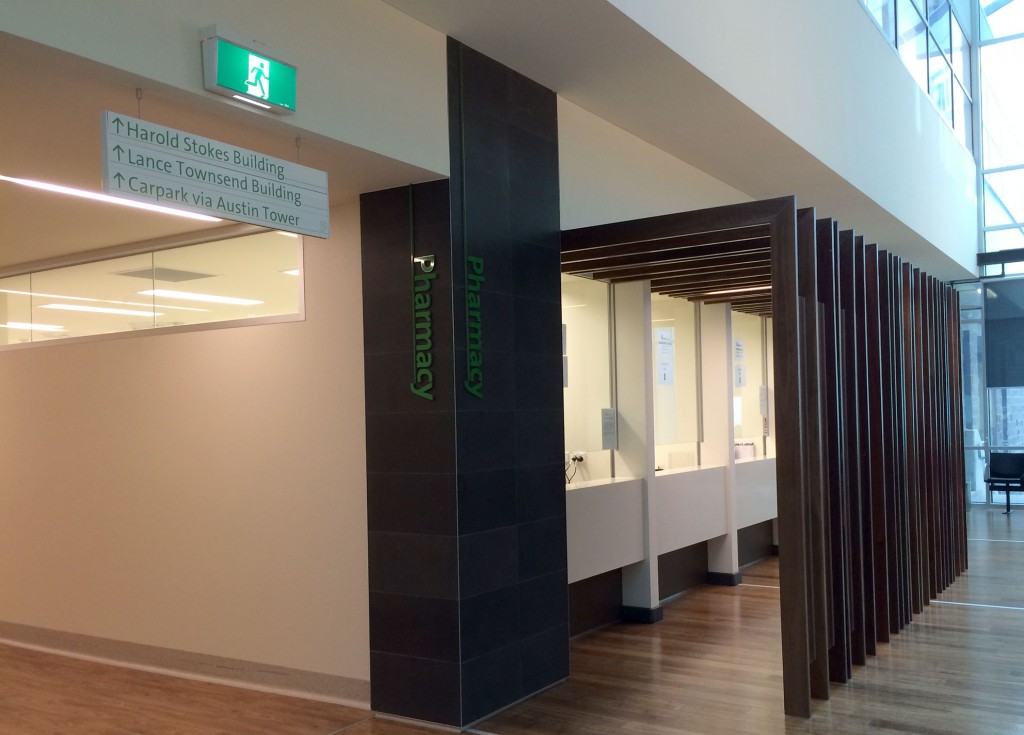 There is always a long wait, particularly on clinic days, so we then go and have a cup of tea in the cafe. 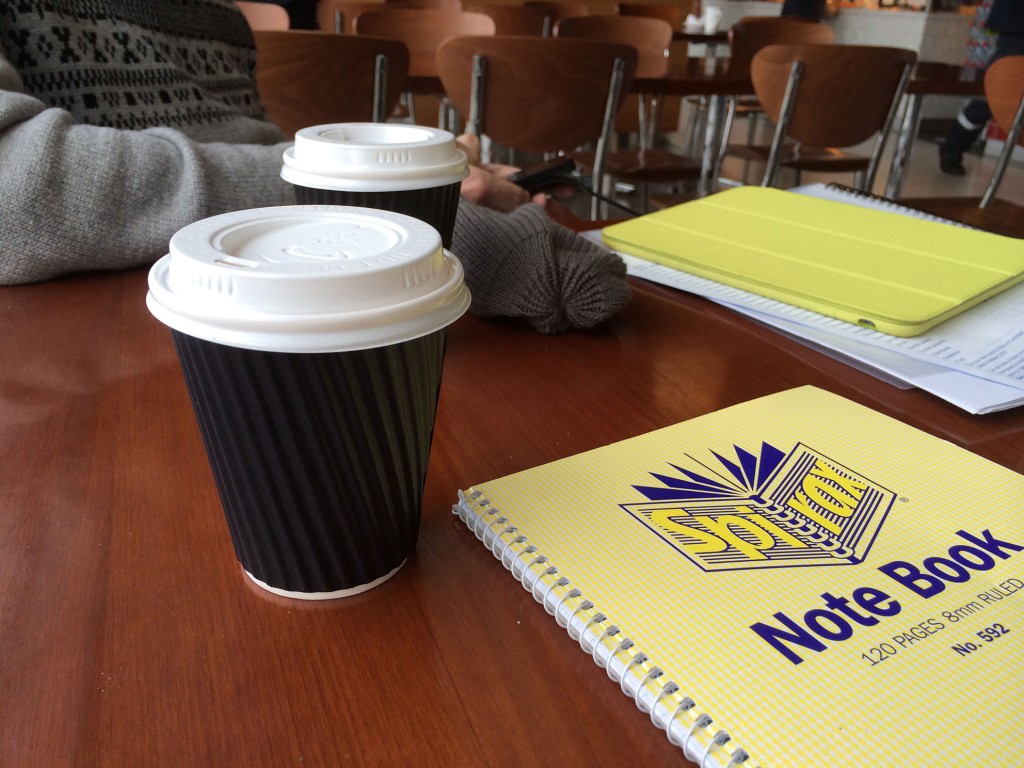 We meet a lady with her 21 year old son…he had his liver transplant when he was just 5! Very glad to hear he is still doing really well!

After about 45 mins, we head back up to Pharmacy and by chance his meds were ready….if you wonder what he needs to keep him alive and well, this is three months supply…which adds up to about $2000 worth. Thankfully in Australia, transplant medications are heavily subsidised, otherwise it would cost us around $8000 a year! 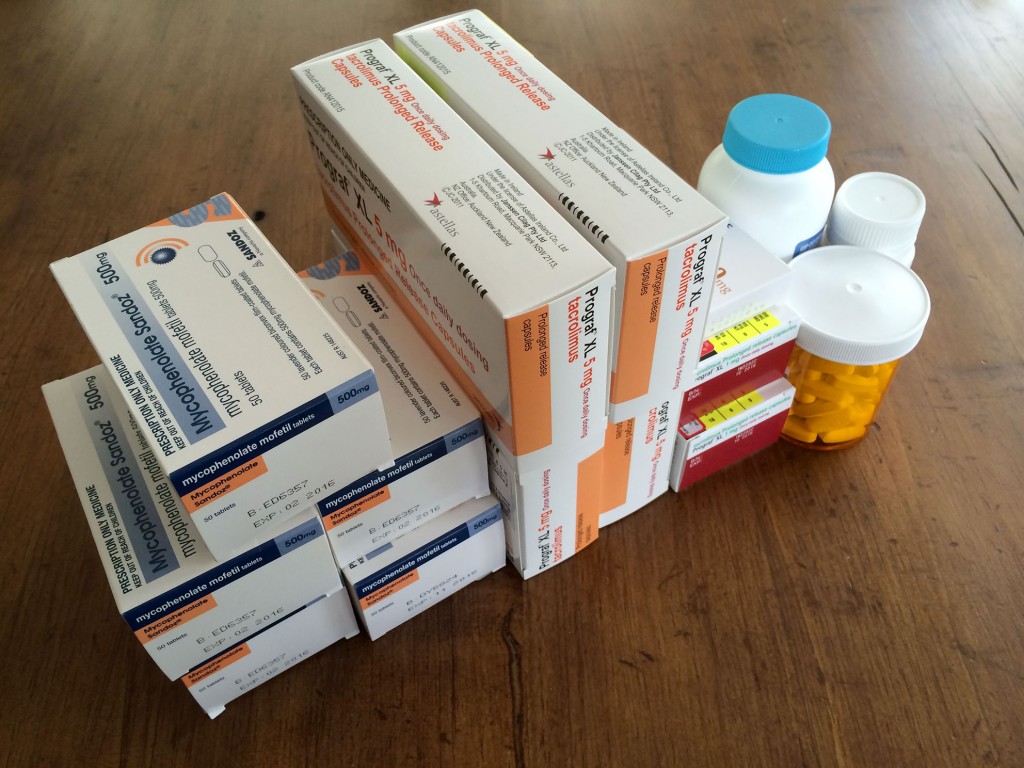 Time to head back to the car, and head home….our parking slip says our visit was 3 hours and  5 minutes, which is actually one of the shortest visits we have had!

Another checkup completed…..till next time!

« Behind the Scenes at Rod Laver Arena » Strictly Vintage Market