Today, we woke up extra early and headed out in the dark along a familiar route to hospital.

The journey was for nothing major…just a regular checkup appointment at the Liver Transplant Unit for my husband.

However, this day has very special meaning…four years ago we also got up early and made the journey to hospital, but it was for something very major.

We had been called in as a suitable donor liver had been found for my husband.

Today, we headed to clinic and went through the routine of meeting with a co-ordinator, bloods done and a doctor’s appointment…with lots of sitting around, waiting.

Four years ago, my very sick husband went through emergency, where they did a chest x-ray, then was admitted into the Liver ward…and then we also waited.

But that wait was a real emotional roller coaster…my husband’s health was going downhill fast and he didn’t have long left.

He needed a new liver and he needed it desperately.

We had already had a dummy run, and we were crossing everything that this time, it would happen.

At around 3pm, the word came from theatre…it was on…,by 3.30pm, I had watched him being wheeled off for surgery.

Around 4.30pm, I received a call to say that the transplant had started…I have never felt so relieved.

Although a liver transplant is major surgery with very real risks, we had no choice…he needed a new liver and finally, it was his turn.

Next time I saw him was in ICU around midnight…he did brilliantly and from the moment he opened his eyes, he took his recovery in hand and did everything that was required.

He was only in ICU for about 48 hours…9 days later he was home…and hasn’t stopped since! 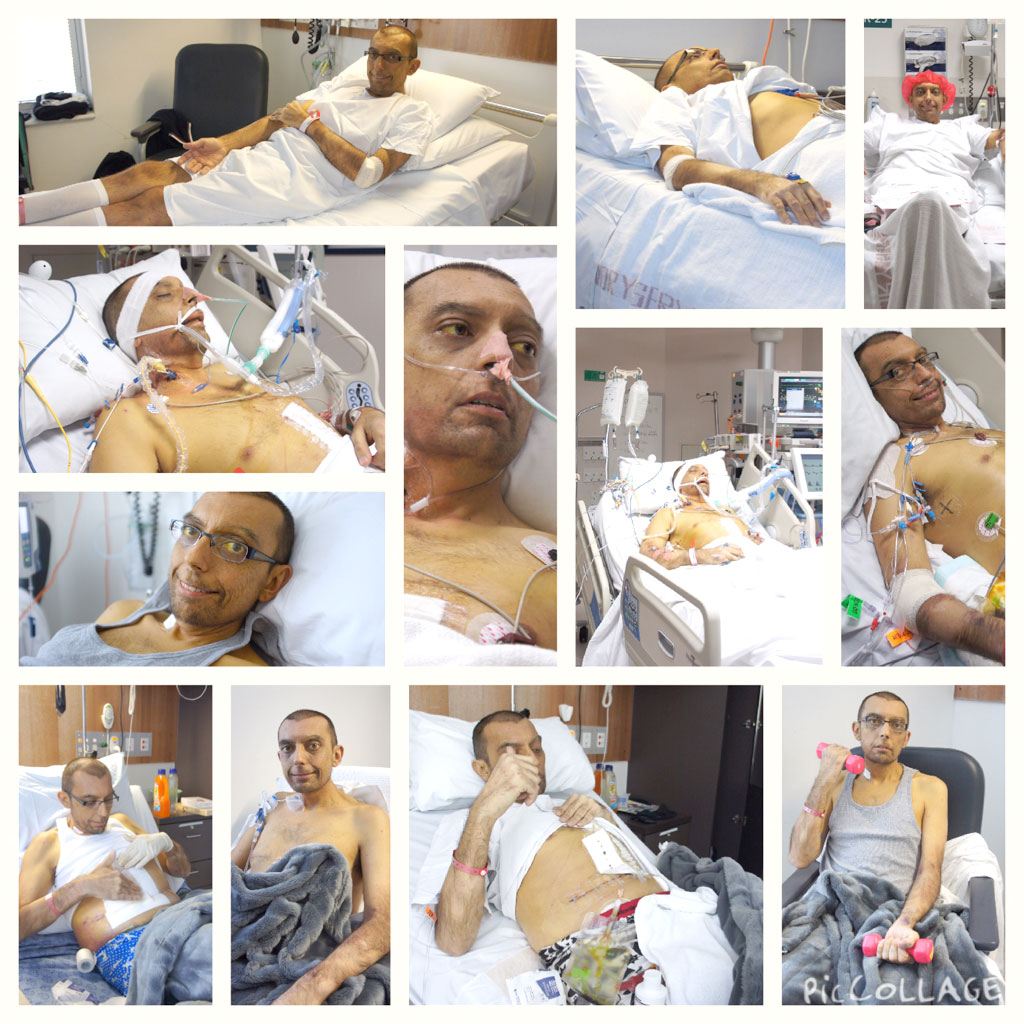 Fast forward onto today, and by chance, we met with the head of the Liver Transplant Unit, Professor Bob Jones…he led the team who did my husband’s surgery…. 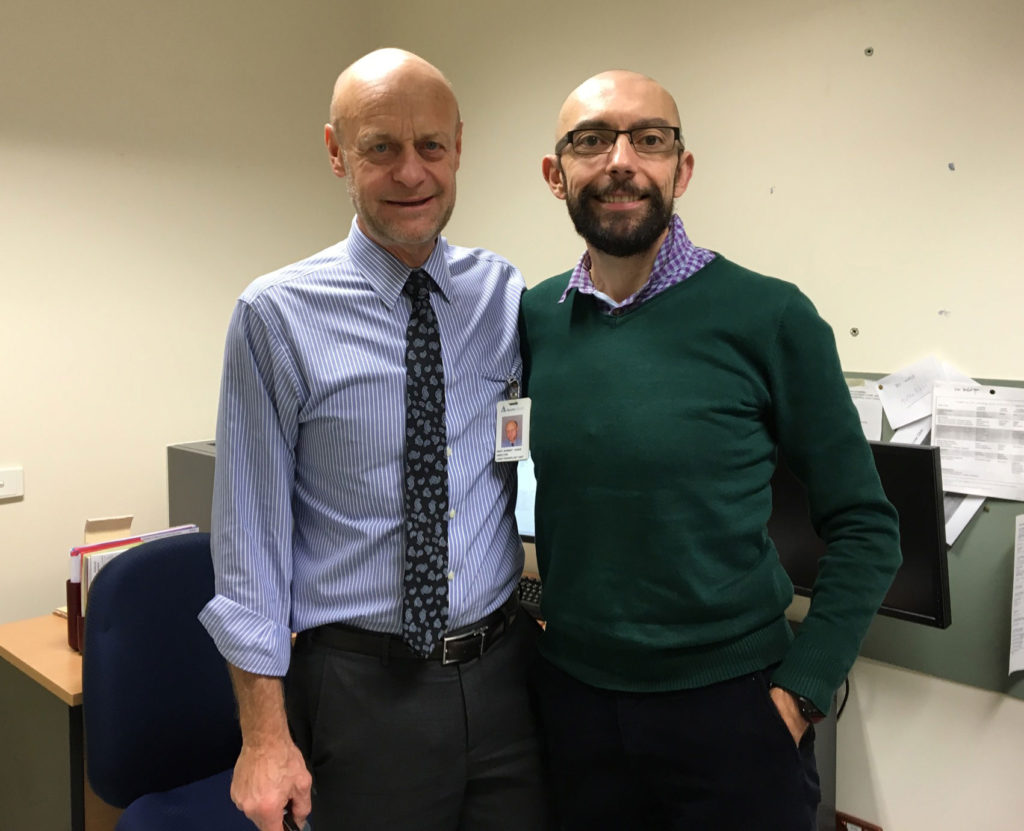 He is really happy with how my husband is going…his levels are perfect and everything is working as it should!

As a comparison, on this day four years ago, my husband’s bilirubin level was 599…today, it was 13.

Four years ago he was bright yellow, today he is a healthy, very normal colour…by looking at him, you would have no idea of just how close he came to not making it! 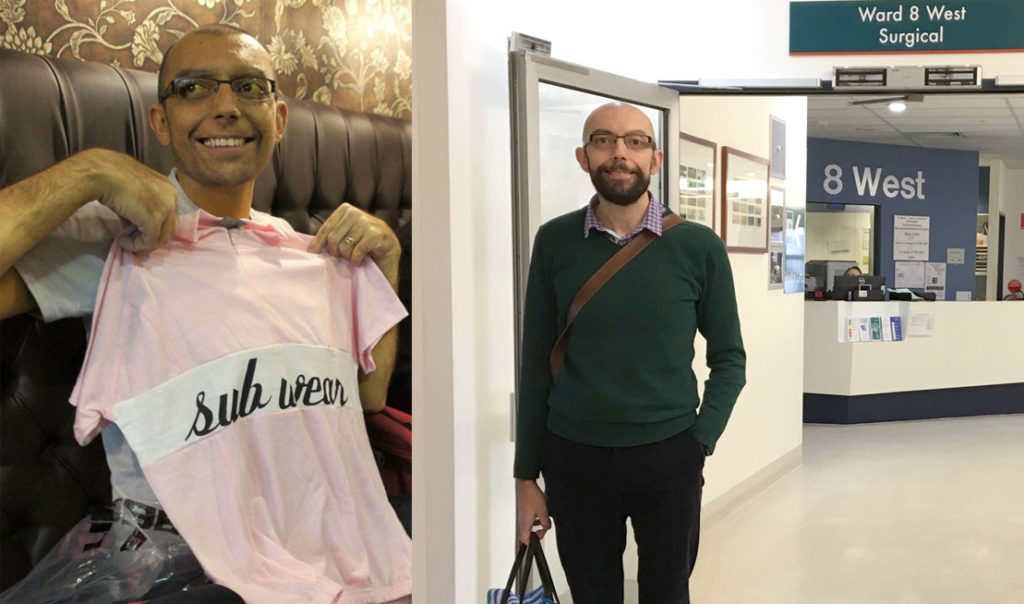 As a result of all the good news, they have been able to reduce his anti rejection medication slightly.

But it is important to remember that a liver transplant is not a cure as such, there is a very strict regime of medication and maintenance which keeps things working well.

For example, this is what will keep him alive for the next three months… 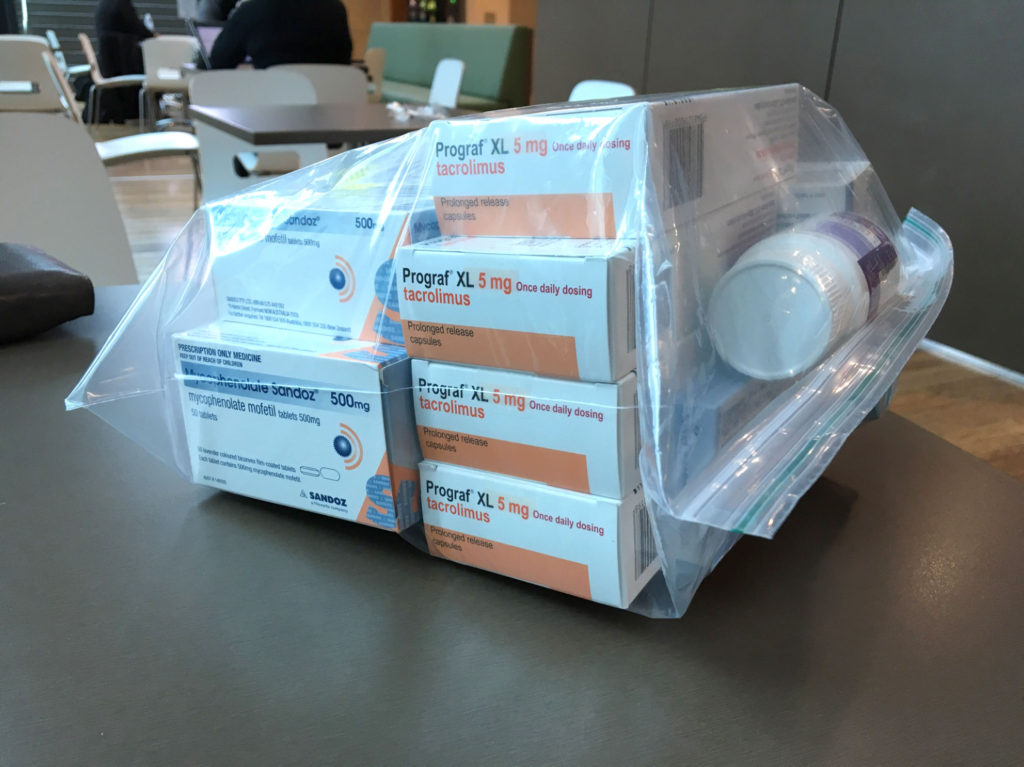 We went up to the ward to see if there were any staff around who were there four years ago, but sadly, there wasn’t…time has passed and staff have come and gone.

We did a lap of the ward for old times sake…was kind of weird to be back in a place where we spent so much time.

And it was a little emotional to see others who are in a similar state to what my husband was before transplant.

If only they could all be able to get a new liver, and have such a smooth recovery as my husband has.

Four years seem to have flown by, yet at other times, it all seems like a distant memory…of a very different life, filled with sickness, hospital visits, procedures and so on.

Today was a reminder of just how far my husband has come…he is one of the lucky one to receive a gift of life, and he has the determination to make every minute count.

We think of the donor family, as we always do…while we have this anniversary as a life changing date, this time would be very difficult for them as the grieve for their lost one.

Although we don’t know them, our hearts and thoughts are with them, and we are eternally grateful that they allowed organ donation…they not only saved my husband’s life, but changed it immeasurably.

Click here for more information on organ donation in Australia.