Its funny how houses can hold so many memories….but once things change, and people move on, suddenly it doesn’t feel like home anymore…

Since leaving my parent’s home, I have lived in various places, in various suburbs…each felt like home for the time we were there, but then it came a time when we needed to move on.

My first place after leaving the family home, was a rental….a one bedroom flat…this was meant to be my first journey into living on my own, but thankfully, my soon to be husband moved in not long after…I don’t think I am cut out to live on my own!

After a year or so in that tiny flat, I missed not having a back door, with a garden…and our own laundry….so we moved to another rental…a standard brick two bedroom unit, behind an old house.

We had a great time there..we got on very well with the couple who lived in the front house, and there were some great parties which I am sure some of our friends will remember!

It was where we got engaged, where we snuck one dog in…and then another….and then had to deal with “hiding” the dogs because of house inspections when the owner put the unit up for sale…we contemplated buying the unit, but thank goodness we didn’t…

Because for the same price…to the very dollar….we bought a large house in another suburb, with a large garden…and a view!

We were now home owners…and it felt great! But it came with responsibility…we now had a big house to clean, and a garden to maintain.

While living there, we got married, had parties, BBQs and late nights, did some travelling, sadly lost one furkid, and got another…

It was also where my husband’s health began to deteriorate…and late night visits to hospital became more frequent…and my husband was put on the waiting list for a liver transplant.

This was the hardest move…so many memories and good times in that house….and this time, the future was very uncertain.

Luckily, we found a brand new townhouse nearby to rent…and a fabulous landlady who allowed us to have the dogs there…and our home was put up for sale.

I found it very difficult going back to the house while it was for sale, even though it was empty….I didn’t want to be reminded of our life there.

Because life in the townhouse was tough….the actual place was fine, and suited us perfectly….but my husband became very sick….I had to be his full time carer…

I am sure the neighbours thought we were drug dealers or something, because we drove nice cars, and were always coming and going at weird times night and day!

However, it never really felt like home….it seemed always a temporary solution, and I hated renting again after over 10 years of being in our own place.

But eventually, my husband finally got the call we had been waiting for….he had the transplant, and started on the road back to good health!

Things were back to looking more positive….there was a future ahead…so it was time to get out of the rental, and back into our own house.

This time we had a very clear idea of what we wanted….what suited us…however, we tried and failed at a number of auctions…it became quite depressing…

We wanted to move on, but were stuck because every time we tried, someone always had deeper pockets then us!

Then a solution presented itself….a family member needed a bigger house, and their current house suited us perfectly….fate decided that they would find their dream house quickly…problem solved!

This time I could hardly wait to pack up and move…the townhouse saw my husband through his transplant and recovery, but I wanted our own place…with a better backyard, and not be wall to wall with the neighbours…

But moving to our new home was a bit weird….we knew it quite well…even the furkids had been there numerous times…

We had to make it ours….wipe the slate clean so to speak, and begin to create our own memories within the familiar walls!

But as usual, nothing goes to plan with us….on the day we moved in, I received the news that I had thyroid cancer, and within a week or so, was in hospital having surgery.

Once again, the future seemed a little shaky…but the  prognosis was good, and we felt we could breath easily again!

But I have to admit, it has taken almost a year for this new place to feel like our home to me….it kept feeling like we had “borrowed” it…but eventually, as time past, I realised that I felt more comfortable.

It is a perfect size, with a perfect outside decking area overlooking a perfect backyard…..and the furkids love it….basically its the house we should have bought all those years ago!

I am a great believer in fate, and I think this is where we were destined to end up, and I hope we can happily stay here for years to come…

We are now home! 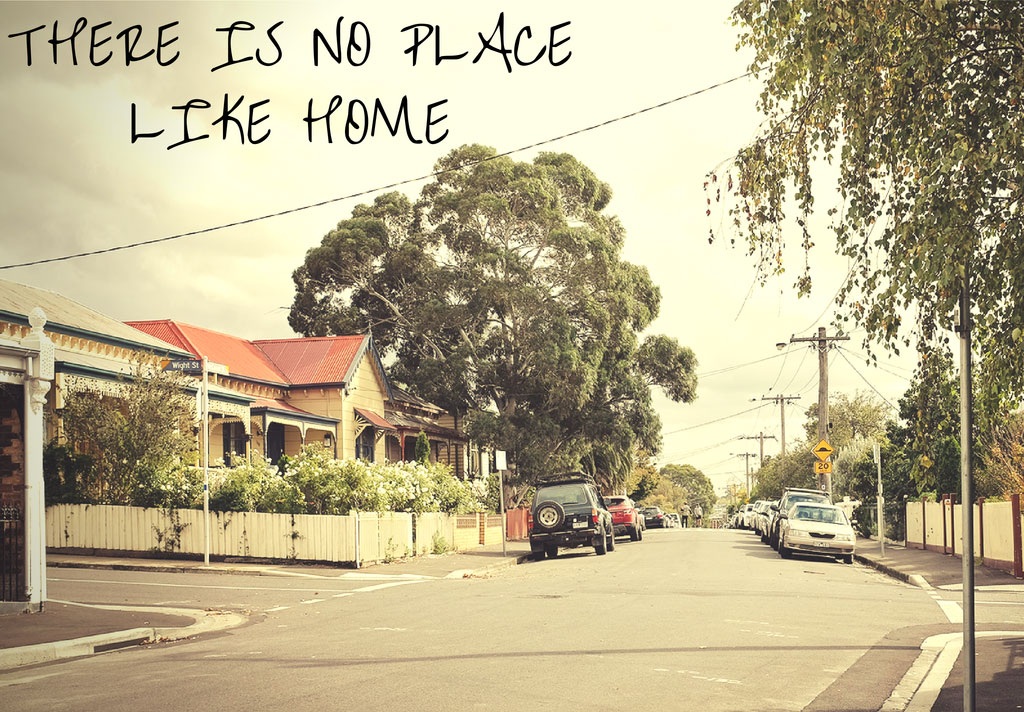