Yes, I have a tattoo!

There…I have said it…are you surprised?

And it is a reasonably large tattoo, located on my lower back….yep, a tramp stamp…and I have no regrets…none!

You wouldn’t be the only one…many of our friends thought it was just a temporary one, and that it would disappear.

But it is still there…and here’s the photographic evidence… 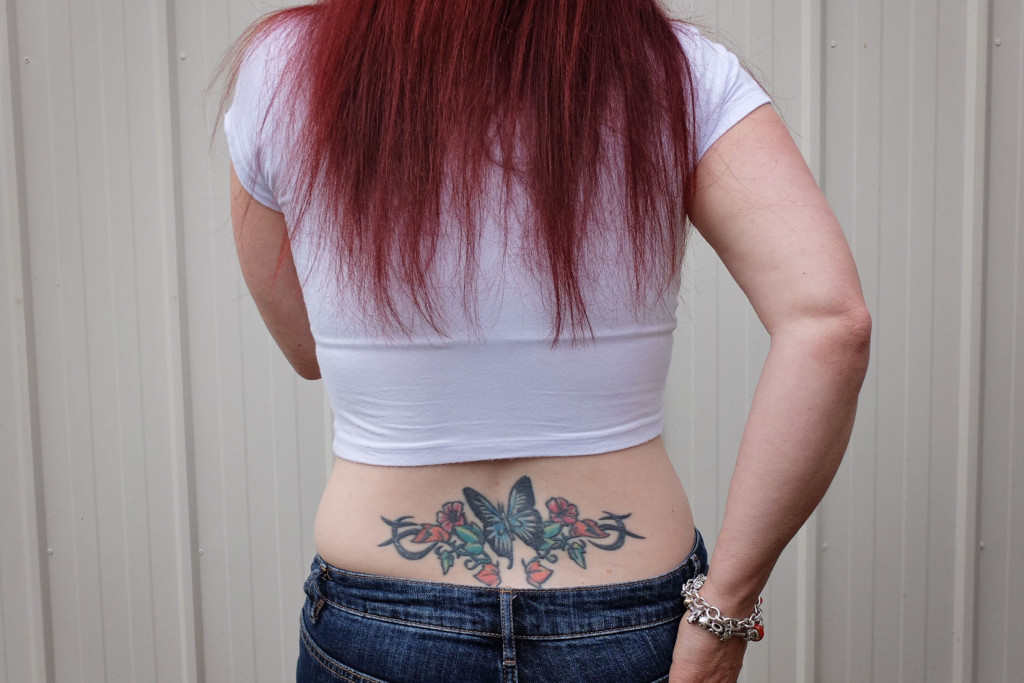 I have always wanted one, not sure why…probably because no one would expect me to do such a thing!

About 5 years ago, I went through a period of feeling crap, had my gall bladder removed and then lost a heap of weight…which turned out later to be the start of major thyroid problems.

My husband had received news that he would inevitably need a liver transplant…life was looking a little uncertain.

We decided to head up north for a 5 week holiday….and on the last day, I rocked up to the local tattoo parlour and got a tattoo…one that featured a butterfly and tropical flowers.

In fact, it was the worst pain I have ever experienced…but thankfully didn’t embarrass myself and pass out!

But I don’t regret it for one second.

I had it done on my lower back so it could be easily hidden, and so I don’t have to look at it when my body betrays my age and starts to get old and wrinkly.

Although I don’t mind tattoos on show on other people, I like mine to be somewhat subtle…it’s like my little secret…just a hint can be occasionally seen.

And I love it when people start making comments about tattoos…I love their look of surprise when I say I have one, especially when they have been saying how much they hate them!

I guess I just don’t look like the “type”…whatever that is!

Nope, it’s just something that is part of me now, and has been for years…it is my way of perhaps being a bit more rebellious then people may expect!

And I am not against getting more ink done, but have not felt the inclination as yet…there is no hurry….took me almost 40 years to get my first one!

Are you a tattoo fan? Have you got one? Share in the comments below!