The Day of the Winter Solstice! 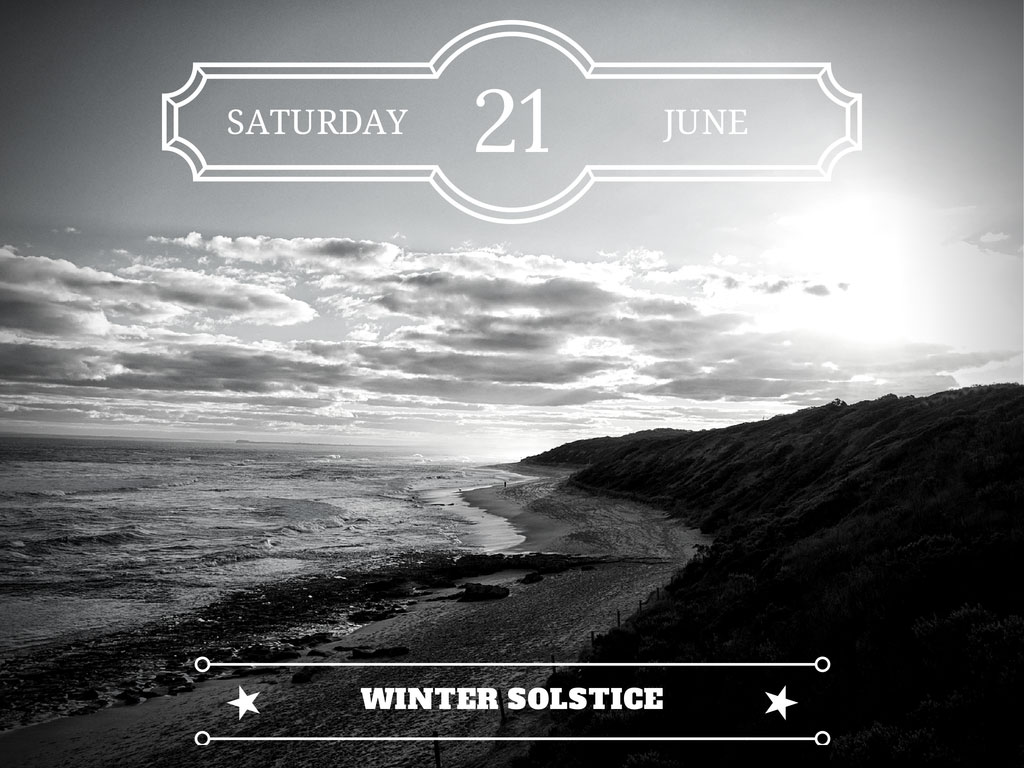 Today is the Winter Solstice…or in other words, the shortest day of the year for those of us in the southern hemisphere!

Technically, it means that the sun’s highest point is furthest away from the equator.

For those who like these sorts of facts, Solstice comes from the Latin word solstitium from sol (sun) and stitium (to stop)…and that is because the elevation of the sun appears to be the same for a few days before and a few days after.

Today, the sun is expected to rise at 7.18am and set at 5.05pm for a total of nine hours and 47 minutes of potential sunlight….and I can report we have had some sunshine here today…albeit with some passing showers…and it is cold…

The Winter Solstice is marked in different ways…for those who follow pagan traditions, this day is a day of significance…thousands of Australian witches will celebrate, perform rituals and reflect on what has happened during the year.

In the Antarctic, the staff at Australia’s Davis Station have celebrated the Winter Solstice by cutting a hole in the ice and plunging in!

Reports say that the outside temperature was minus 32C, and the water was minus 2C…..there would be no way in hell that I would be doing that!

One thing I didn’t know about all this is that here in Australia, we start each new season on the first of the month…ie Winter began on 1st June…

But in many other countries, the astronomical turning points mark the start of the new season.

So for those in the northern hemisphere, today is their first day of summer!

I also didn’t realise that the date of the Winter Solstice is not on the same date every year…it can vary between June 20th to June 22nd.

And in case you would like to know, next year it will be June 21st for the third consecutive year, and in 2016 it will go back to June 20th.

So the good news is that now we have reached the Winter Solstice, we can start looking forward to shorter nights and longer days…and eventually warmer weather again!

Summer is yet another day closer!

What did you do to celebrate the shortest day?