My Friday Five – Little Known Things About Me!

September 12, 2014 By Sarah in General 1 Comment Tags: little known facts about me, My Friday Five

For this week’s My Friday Five, I thought I would share some little known facts about me! 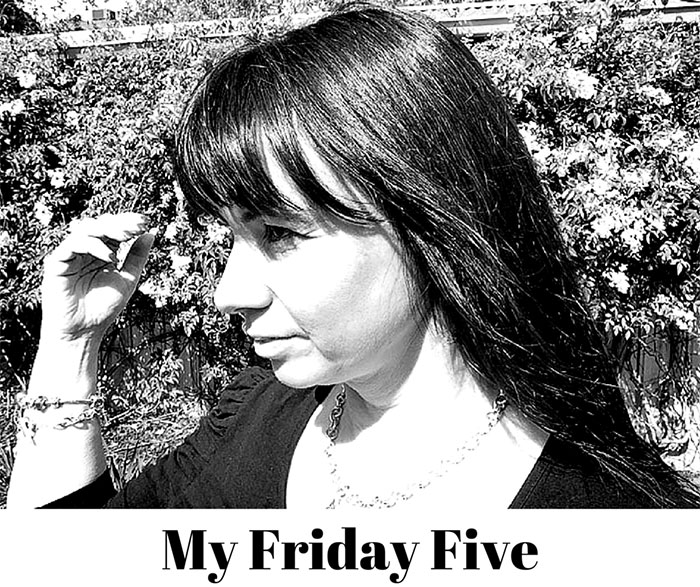 Fact One: I can’t sleep unless the radio is on!

This habit is a throwback to when my husband was so ill while he was waiting for a liver transplant.

I used to be on 24 hour alert in case he collapsed, requiring an urgent trip to emergency…so we got into the habit of having the radio on at night, so when either of us was awake, the radio gave us something to listen to.

And the radio station of choice…SEN, a 24 hour sports station! I am amazed at how much I know about the various sports…I think I must have absorbed it!

Mark Fine and all his mates in the evening show have become almost like friends….I have never met them in real life, but their voices are so familiar.

It is now over two years since my husband’s transplant, but we still have the radio on at night, even when we are away.

Fact Two: I have had quite a few body parts removed over the years….

First to go were my four wisdom teeth…which meant a night in hospital as my surgeon was worried I would be in too much pain afterwards…but it was all good!

My secret was applying lots and lots of ice..continually!

Next was my gall bladder…which sadly didn’t need to be removed in the end. It turned out to be lactose intolerance that was making me so sick!

Now my husband and I are the only couple we know who both have had their gall bladders removed…although his scar is just a little bigger then mine….

My thyroid was the next to go…and this one I was glad to see it go even though it means being on meds for the rest of my life. It contained two nodules…thyroid cancer. I never was so glad to get into surgery, even if it meant another night in hospital!

However, to slightly counterbalance all the removals, I can tell you I have an extra bone in my body…in my chest to be exact! It was discovered when I was a child…no idea how!

Fact Three: I have a particular phobia!

I am terrified of getting food poisoning! I have only had it once, and it has scarred me for life!

And as a result, I am a little over zealous about the washing of hands before eating, and if food is a second past it’s use by date…it has to go!

Drives my husband mad, but I think the fact that I still suffer from constant nausea makes me want to avoid feeling worse at all costs!

Fact Four : I have three university degrees….and am not using any of them!

I started with a music teaching degree, and I majored in the recorder…yep…bet you didn’t know that was an instrument you can major in! I was pretty good in those days, and I had the most gorgeous hand carved wooden recorder…which now hasn’t seen the light of day for nearly 20 years.

I then went in a totally different direction and studied to become a teacher of the deaf….weird combination, I know!

And then I took it even further, and did a Masters combining my love of music and teaching the deaf….so I also have a 50,000 word thesis gathering dust..

Life may have taken me in a different direction, but I am proud that I finished and graduated from all three degrees!

Fact Five: I have a tattoo…a rather large one!

I am not going to show it yet…saving that for another post, but what I will say how much I love it when someone starts complaining about tattoos, then I quietly say that I have one!

They usually don’t believe it till I show them! I guess I am not considered the “type”, whatever that is!

I had it done just before I turned 40, and have no regrets. My body is already scarred, so it’s nice to have some artwork!

So there are five little known facts about me….did any surprise you?

« Slowing down life…with a slow Jo watch! » Long Hair after 40