My Friday Five – Friday the 13th

Today is Friday the 13th…this date can strike fear in the hearts of many, but I am one of the few that actually view 13 as a lucky number, so today is just business as usual…oh, and I love black cats! 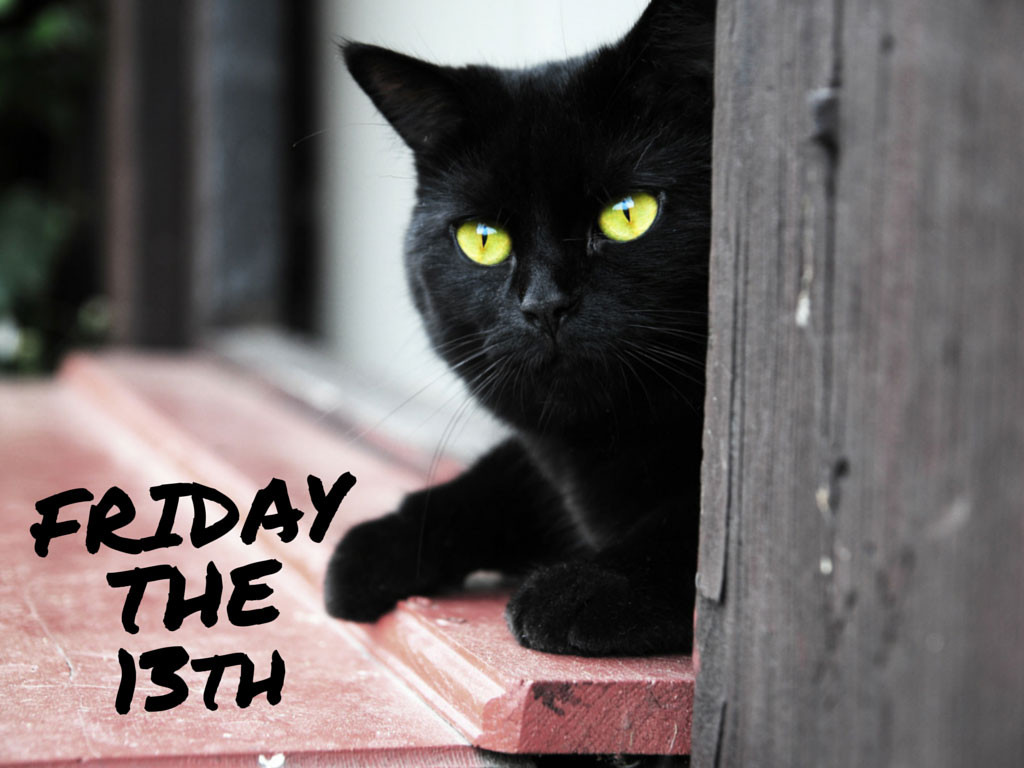 But in order to mark this first Friday the 13th for the year, here are five random facts…

But every year has at least one, and the most that can ever occur is three.

3.  Are you scared of Friday the 13th? If so, then you suffer from paraskavedekatriaphobia or friggatriskaidekaphobia…I am glad I don’t because I have no idea how to say either of them!

4. Apparently more than 60 million people worldwide claim to be affected by a fear of Friday the 13th. So much so that some of them won’t go to work, drive cars or even get out of bed on this day.

There maybe something in the not wanting to drive as the first person to die in a car accident was killed in New York City on Sept 13, 1899!

5. And for something totally random to finish…on Friday April 13, 2029, the asteroid 99942 will make its closest encounter with the Earth!

Are you one of the many who hate Friday the 13th? Or is it just another day on the calender?

« The Magic of the Waist Belt! » Moeloco – Good for your sole!