Grease is the Word!

My husband gave me tickets to see Grease for my birthday….finally the date arrived, and we headed into the city to see a Saturday matinee performance at Her Majesty’s Theatre.

It was absolutely packed..a Full House with not a spare seat anywhere!

And it was fabulous!

Grease is one of my favourite musicals…and going by the number of people in the theatre, I am not the only one! 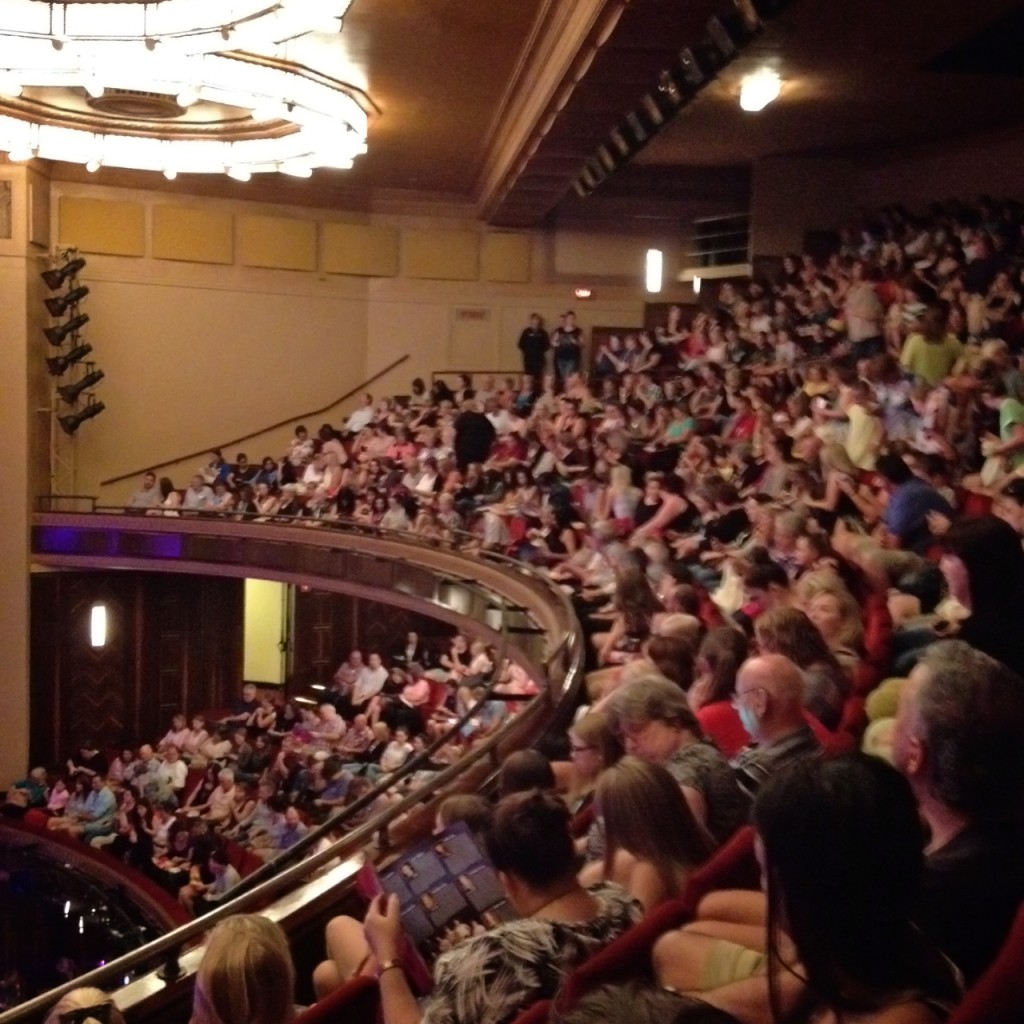 I can’t believe that Grease was actually written in the early 70’s, with the first performance in 1971…it was an instant success, and then grew even more popular with the release of the movie in 1978!

It has certainly become a timeless classic, that all generations love!

However, this is the first time I have seen a professional stage version….seen the movie countless times!

The music is catchy, and it is hard to sit still in your seat….I am sure most of the audience would have been silently singing along with the cast!

And it makes me so want to be one of the Pink Ladies…and to be able to sing and dance!

Because both my husband and I are musicians, we always like to check out the band…in this production, the band is actually sitting at the back, above the stage.

Unfortunately, tickets were scarce for this particular performance, so we ended up in the grand circle (row D) right to one side, so could only just see the feet of the band as we were too high up. 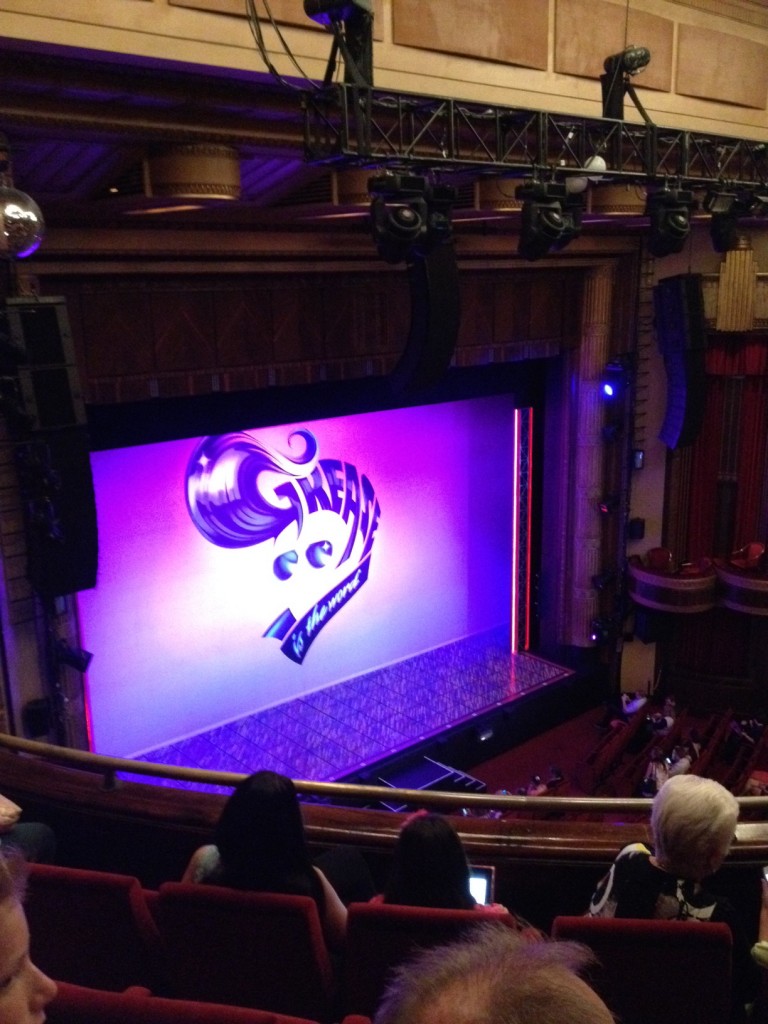 The cast performing were excellent…they looked like they were having an absolute ball, and their enthusiasm was infectious! This performance had some of the understudies taking the stage, but they were all fabulous! 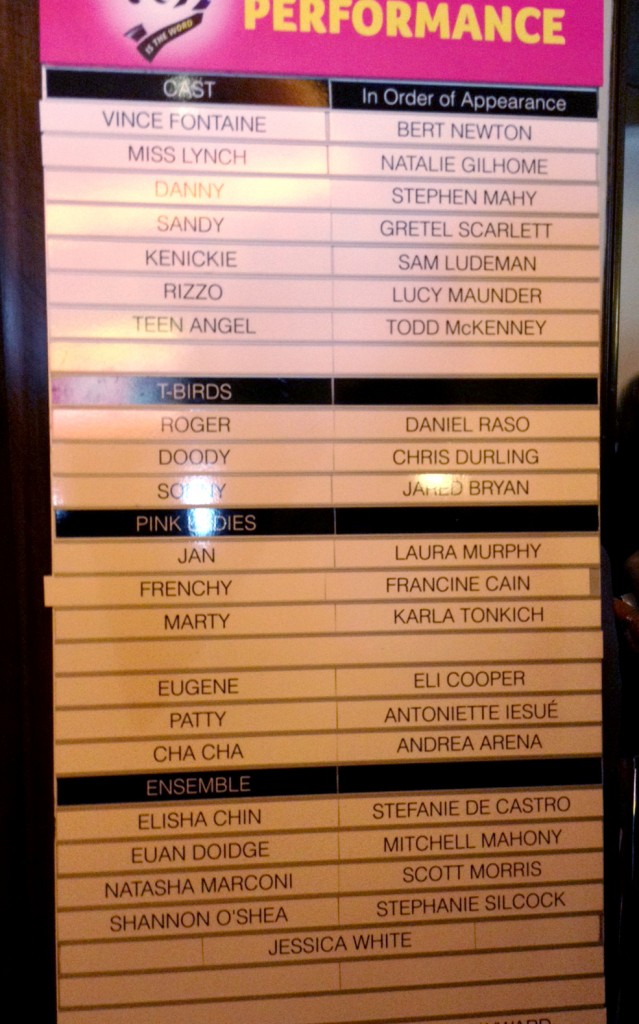 Gretal Scarlett and Stephen Mahy were wonderful as Sandy and Danny….Stephen Mahy usually plays Kenickie, but he did a fantastic Danny…and he could do the “Travolta” laugh perfectly!

Todd McKenney was a crowd favourite as Teen Angel, and Bert Newton was a perfect choice for Vince Fontaine.

One of my favourite characters in the show is Rizzo, and Lucy Maunder was excellent. Loved her costumes too…I want the red dress she wore at the end….

My favourite scene…so hard to pick but probably “Greased Lightning”!

And one word of warning…this stage version does have quite a bit of innuendo and adult references…if you have seen the movie, which I am sure you have…it’s a bit more full on then that!

In so saying, probably a quarter of the audience were kids, so guessing most of it went over their heads, and their parents…and in some cases, grandparents…were too busy enjoying the show to worry!

An example is the scene where Danny kisses Sandy at the drive-in…hilarious…when you see it, you will know what I mean!

We absolutely loved it, and now have the songs stuck in our heads, and probably will be singing them for a while…can we go again….please…!

Apologies for the poor quality images…had to rely on the good old iphone for obvious reasons!