For those who don’t know Melbourne, there is a large bridge which crosses the Yarra River called the West Gate….it connects the inner city and Melbourne’s western suburbs with the industrial suburbs in the west and with the city of Geelong to the south-west. 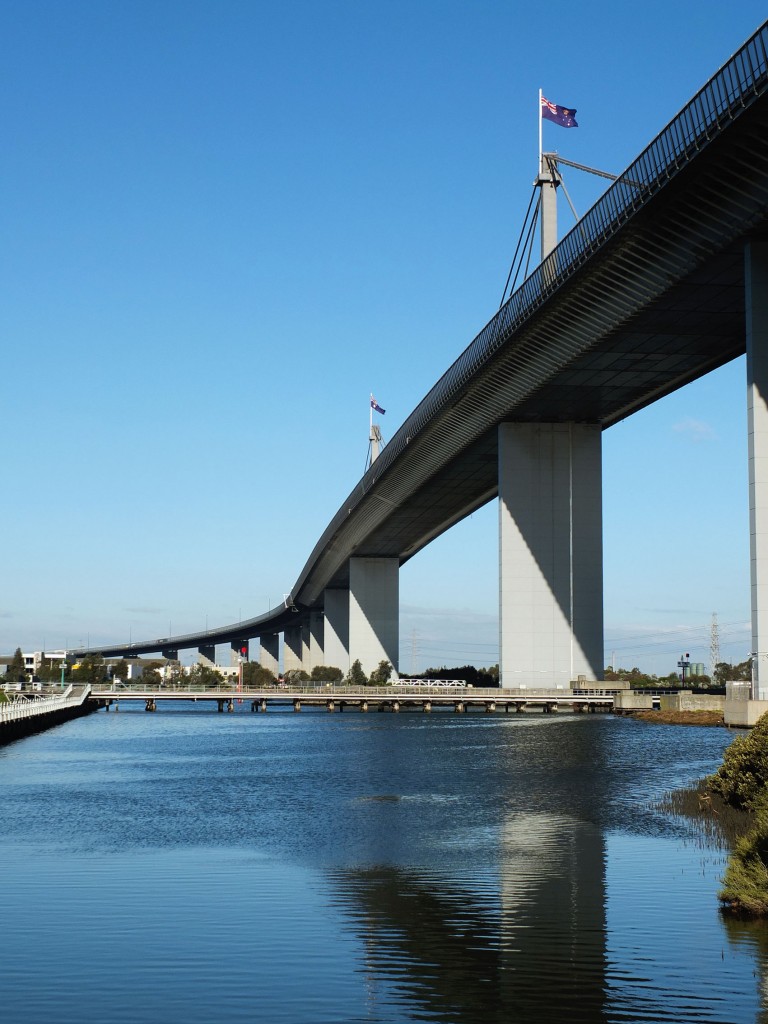 It is the second longest bridge in Australia behind the Houghton Highway and its twin the Ted Smout Memorial Bridge (in Brisbane)…in fact, the West Gate is twice as long as the Sydney Harbour Bridge!

Its a spectacular structure, and very much a part of Melbourne’s skyline.

However, yesterday a rather large crack appeared in the surface of the inbound lanes…apparently due to the heatwave we experienced last week. 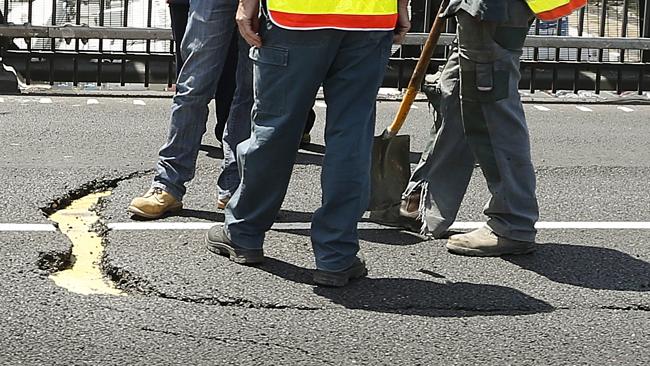 We actually crossed the bridge not long after the lanes were blocked off, but thankfully were blissfully unaware of what the problem was….found out when we heard the news on the radio after we got home.

Now when you hear the words “bridge” and “large crack” in the same sentence, it can’t be good…for me, it brings back the fear I used to have as a child….I hated that bridge and still hate crossing it!

When I was young, we regularly traveled down to the coast, so the bridge made the trip easier and quicker from the eastern suburbs…I can still remember Dad throwing the coins into the chute for the toll.

It was quite knack to slow down just enough to throw the coins in, then accelerate through the open gate.

However, the bridge has got a tragic history….on the 15th October, 1970, one of the spans collapsed while it was being built and 35 construction workers died….

But even before I was old enough to know about the bridge’s past, I used to get nervous crossing….especially when the weather was bad.

Strong wind was the most frightening….you could almost feel the bridge flexing in the gusts…

Not only am I worried about the bridge structure itself coping with the weather, but the fact that there are so many big trucks that use it….and the number and size of the trucks has got bigger nowadays!

If you have ever been beside a big truck when a gust of wind has hit it, you will know what I mean….

And now, whenever I drive over, I have to resist the urge to put my foot down to get to the other side ASAP.

My nightmare is a traffic jam and being stuck on the bridge…particularly at the highest point….58 metres above the ground… 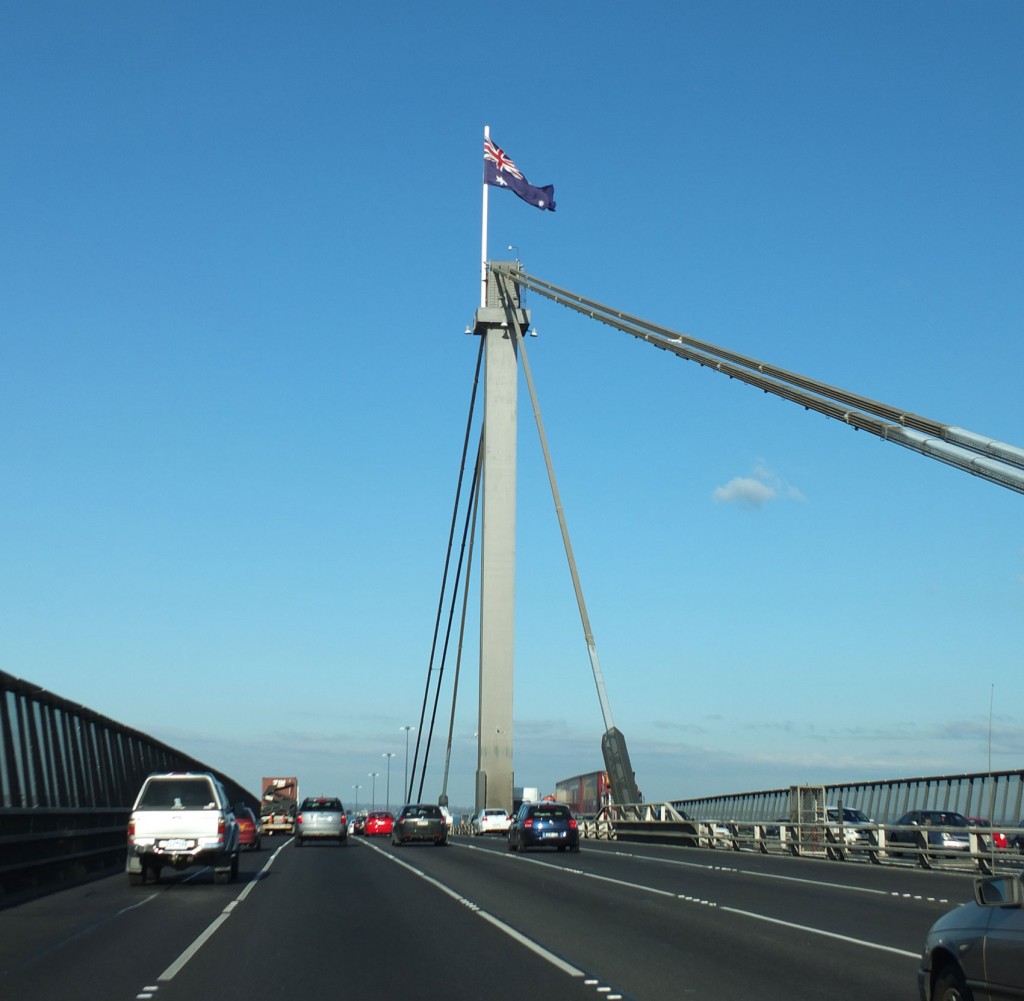 So even after traveling over the bridge just about all my life, I am still so relieved when we safely get to other side!

Hearing about the crack appearing brings that fear right back….so much so that I would consider taking the long way round to avoid the bridge.

Worry…me…never….its the “what ifs” that gets me…and the very long way down… 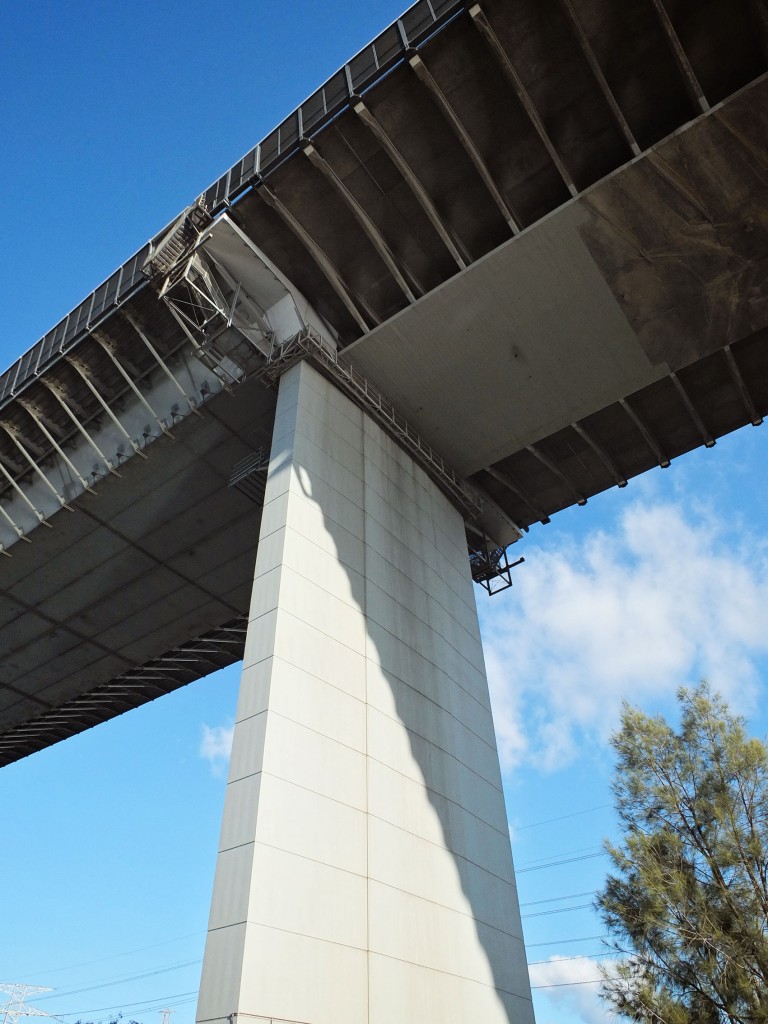