The Australian Transplant Games have begun on a windy, hot Melbourne Sunday!

We headed over to Albert Park bright and early this morning, ready for the Fun Run which was held around the lake.

Although it was a lovely sunny day, a very strong, gusty northerly caused havoc with all the set ups…it was too dangerous to have the start and finishing arches which was a shame…and made finding the start line a bit tricky…

However, it was all sorted out, and it was time to start the fun run….and they are off! 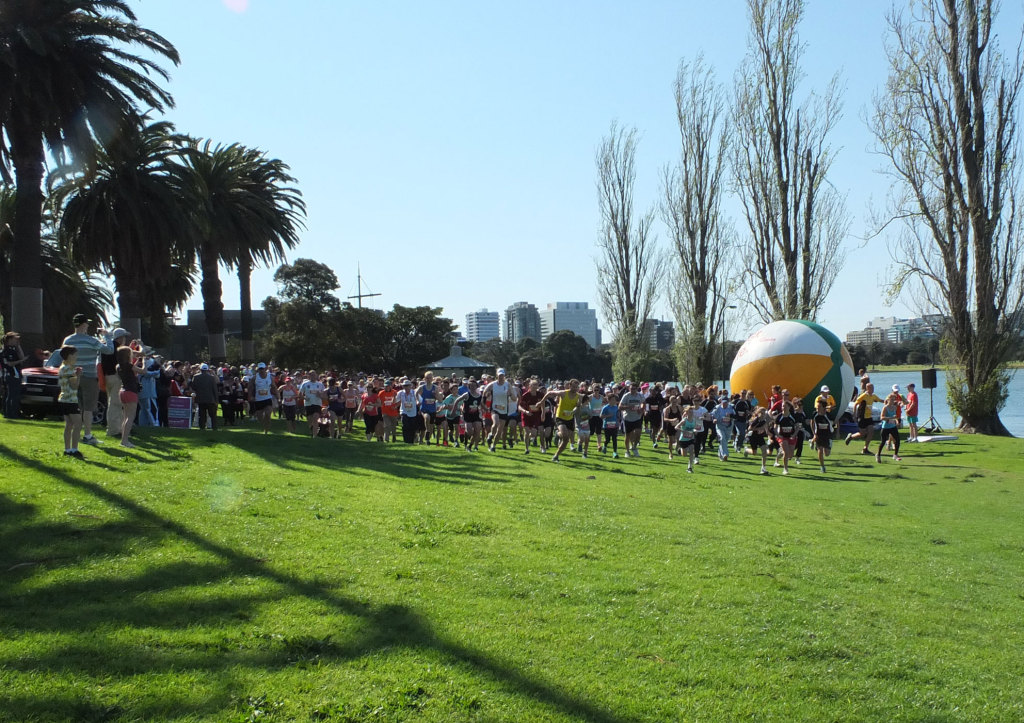 I have to say I was more then a little relieved to see my husband come into the stadium, and get safely across the finish line…and he did a great time too! 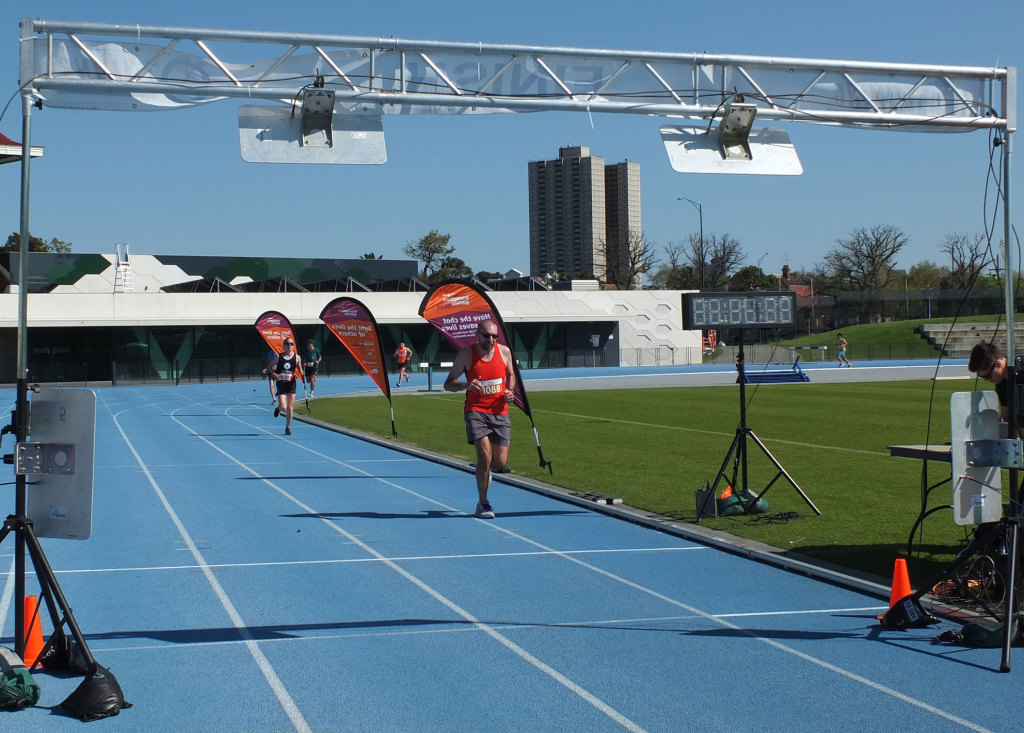 It was heartwarming to see each competitor cross the line…each one had a story whether as a recipient, live donor, donor family or as a supporter.

There were even a few dogs who proudly crossed the finish line with their owners, including this sausage dog… 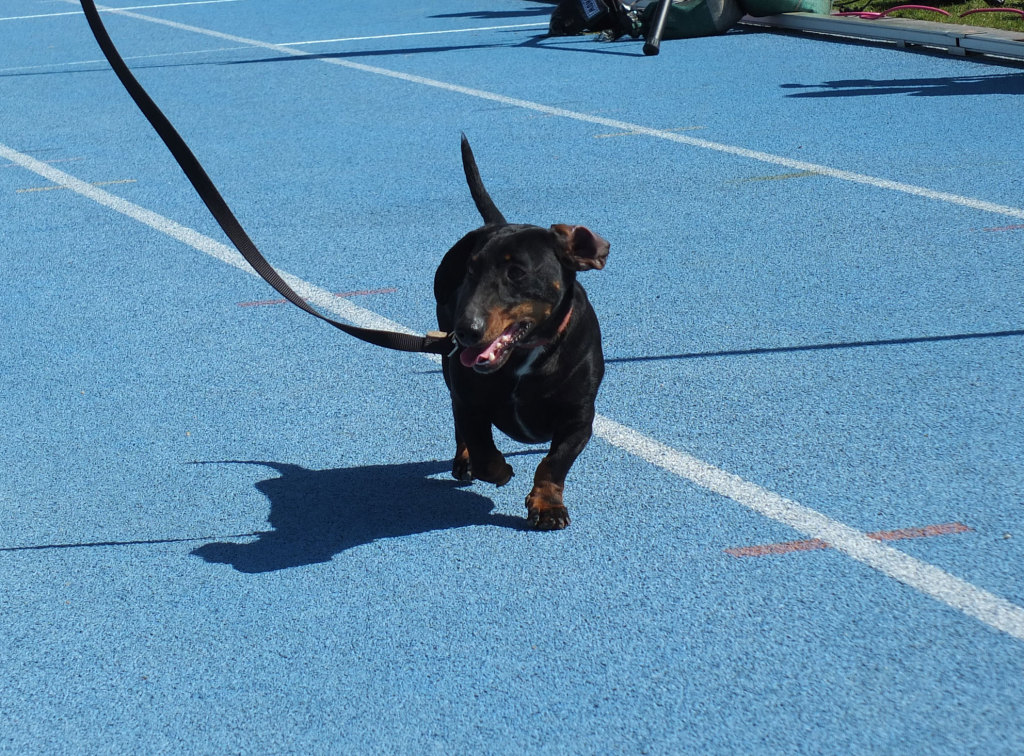 After the run was completed, the various state teams and groups got together to march into the stadium, led by the Darebin City – Preston Band…the band my husband plays in. 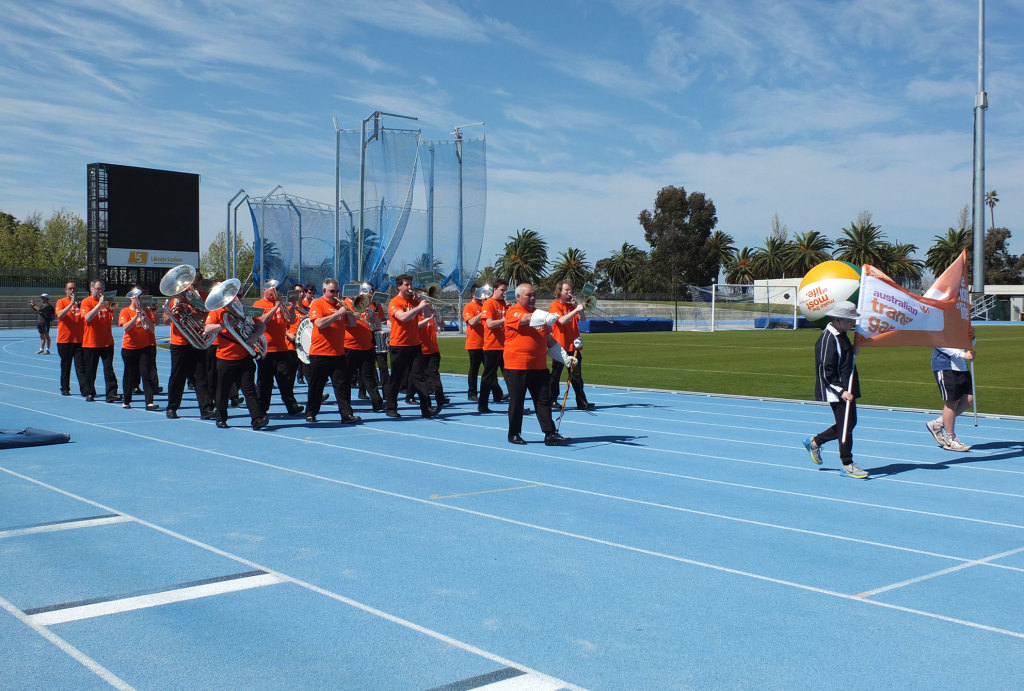 My husband was with the Victorian team….alongside another liver transplant recipient… 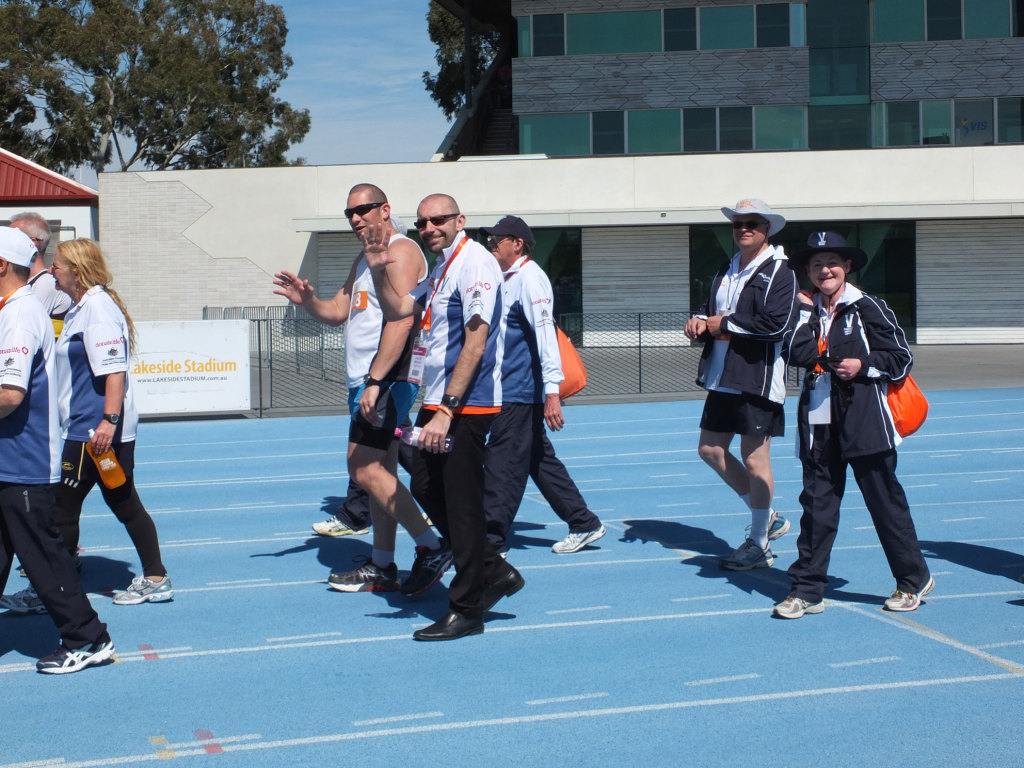 The teams formed a guard of honour for the live donors, and then the donor families to walk through…a lovely gesture of thanks! 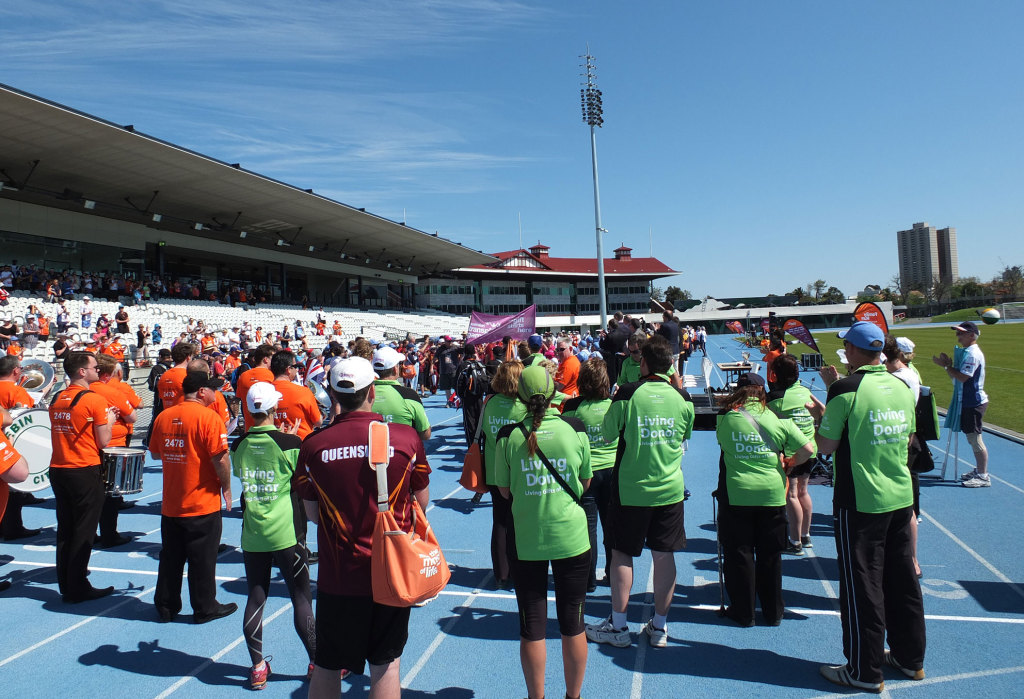 After the presentation to the winners of the Fun Run, the Opening Ceremony was held, which involved a number of speeches…there were actually quite a few people in the audience, but most were trying to keep out of the sun…transplant recipients have to be very careful as they are a high risk for getting skin cancer due to their immune system being suppressed. 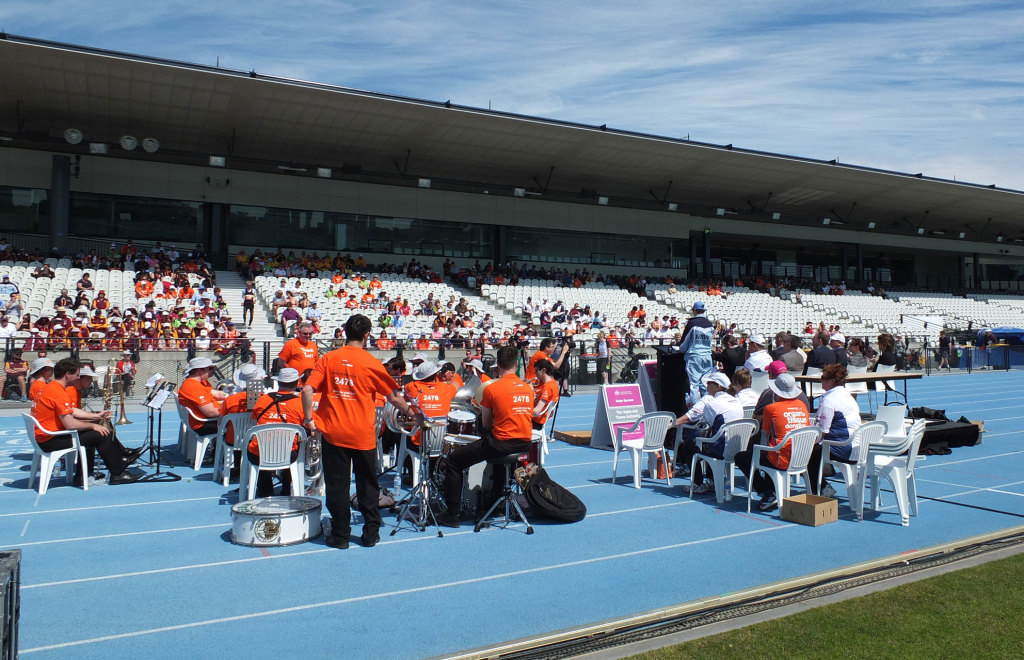 The grandstand looked a little deserted….however, there were actually lots of people at the ceremony, but most were trying to keep out of the sun…transplant recipients have to be very careful as they are at a high risk for getting skin cancer due to their immune system being suppressed.

I felt for the band who were sitting in the full sun…and wind…thankfully, the staff had provided water and hats… 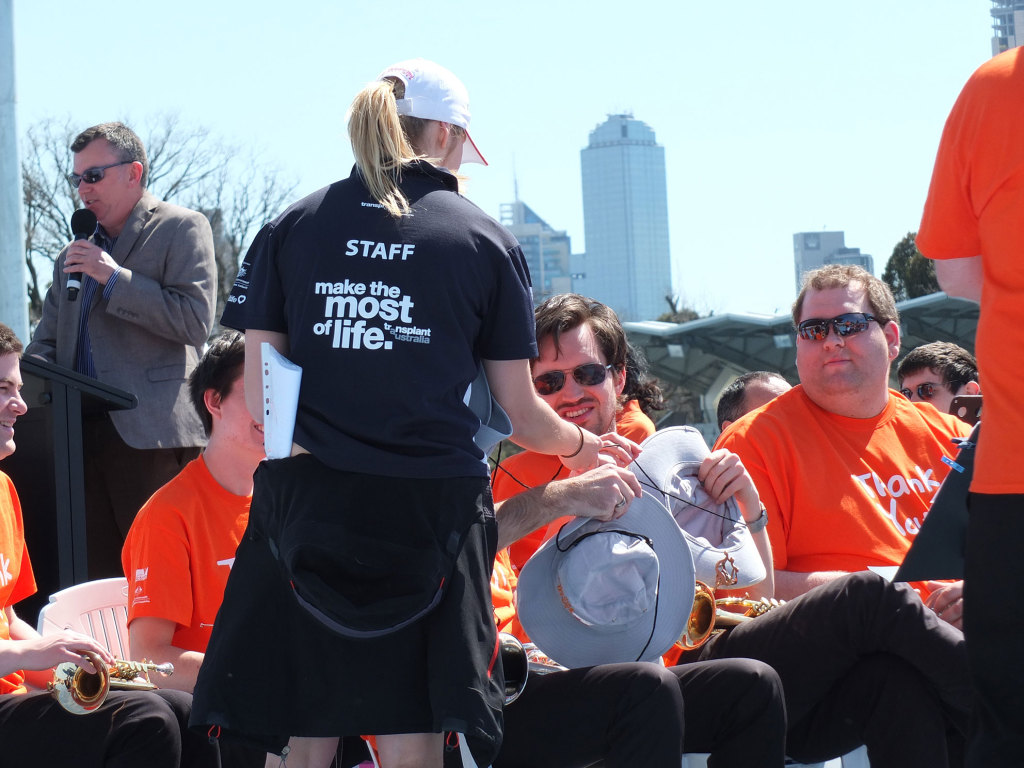 The band played during the ceremony….including when the living donors and donor families released butterflies in memory of all donors…a very moving moment for me as I gave thanks to my husband’s donor family, some of whom may have been at the ceremony…. 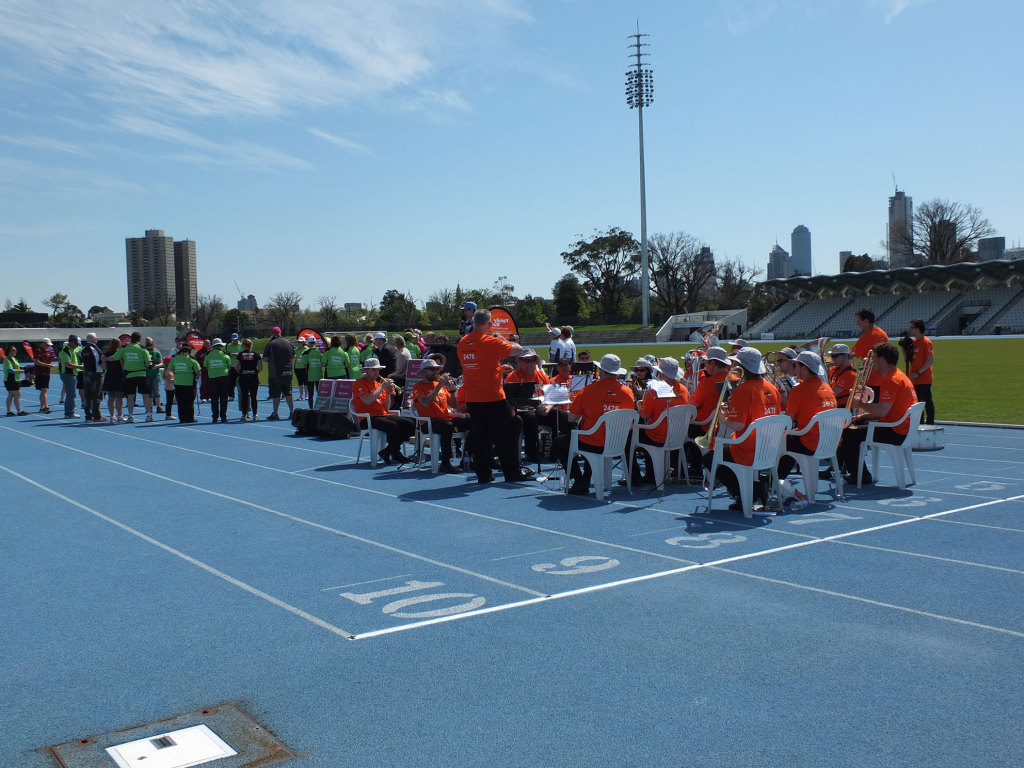 I have to say that today was a very special day for my husband and I for a number of reasons….we were able to share it with some of our liver transplant “family”…big congratulations to all of you for completing the 5km run….a fabulous achievement!

Now can you pick the ones who have had liver transplants….. 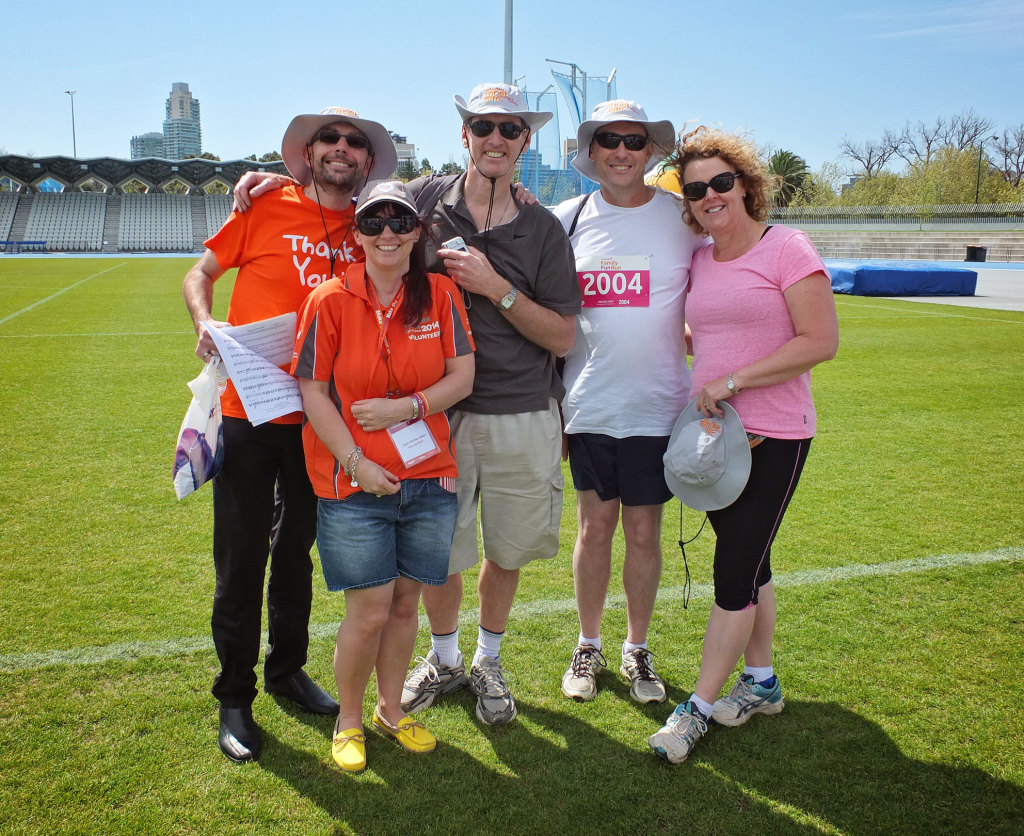 And we were lucky to have our other “family”…..our brass band family….providing the music….it was a very difficult gig due to the very windy conditions, and we thank the band so much for being part of something that is very important to us….we really appreciate it. 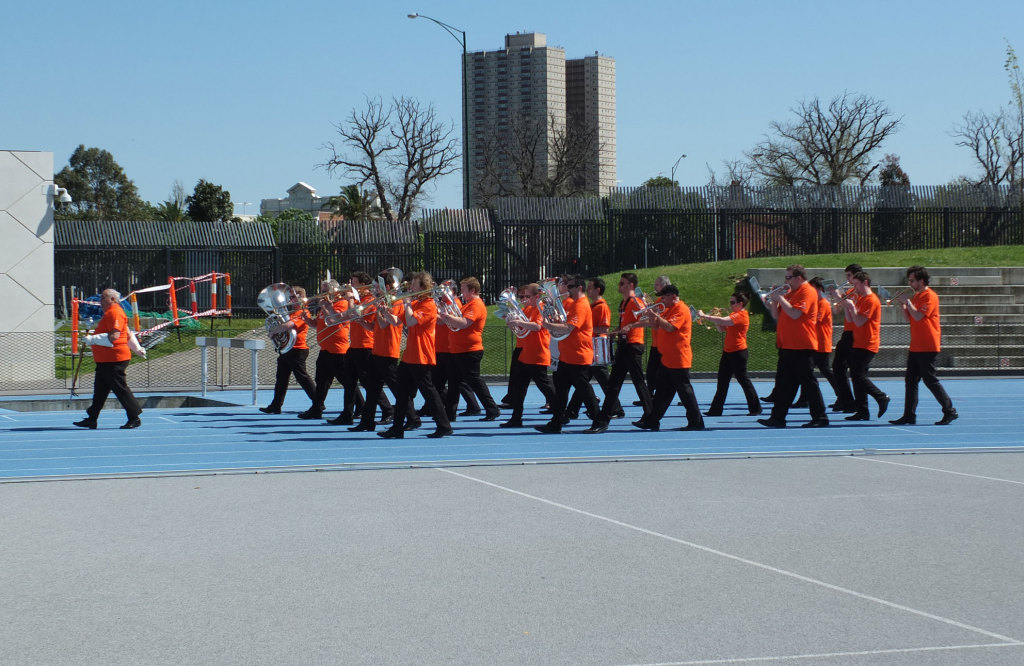 And now the Australian Transplant Games are officially open, and the fun begins!

To find out what is on and where, click here to visit the Australian Transplant Games website!