A Weekend at the Windsor

A wedding and tickets to a musical gave us the perfect excuse to experience the old world luxury of The Hotel Windsor for the weekend.

I have lived in Melbourne all my life, yet have never set foot in the Windsor…and I didn’t know this renowned hotel actually pre-dates many other well known hotels in the world, including The Savoy in London and Raffles in Singapore! 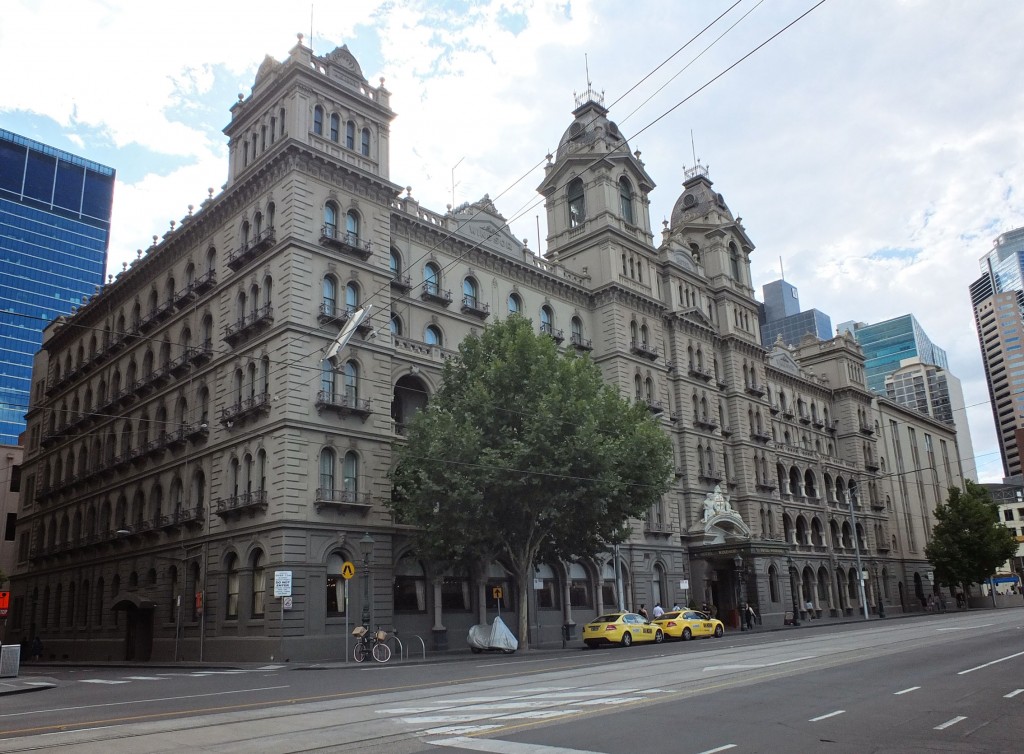 Pulling up to the grand entrance, we were greeted by the doorman, our bags whisked away, as well as the car…and within 15 mins we were checked into a “junior suite”, and reunited with our luggage.

Having usually only stayed in very modern hotels in our past travels, the Windsor is certainly a change of pace…floral carpet, floral curtains, elaborate light fittings and so on, aim to recreate the yesteryear vibe.

The hotel was built by shipping magnate, George Nipper in 1883..designed by architect Charles Webb, the hotel was to offer the most stylish and luxurious accommodation in Melbourne.

In 1886, it was developed further and the original 200 rooms grew to 360, and had all the latest amenities and conveniences of the time, such as hot AND cold water and electric lights!

Over the years, the building has been developed and renovated. In the 1920s, many of the features of the Victorian design were covered up or removed….sign of the times, I guess…

Thankfully, it has now been brought back to its original grandeur with a restoration done in consultation with heritage experts.

When wandering through the corridors….particularly late at night when we were returning from the wedding…you kind of expect to see women in long dresses and men in suites and hats…maybe even a ghost or two! 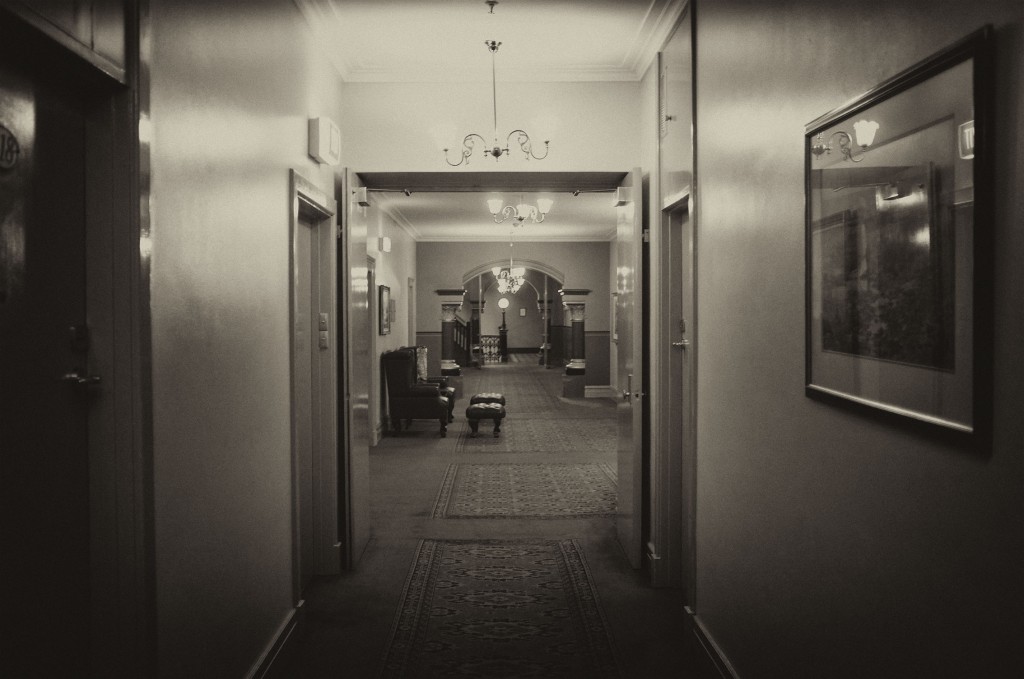 There is the most amazing grand staircase…it raises 75 feet above the lobby, towards a large skylight, and is built of Stawell Stone. The landings are decorated with handmade tiles imported from England. 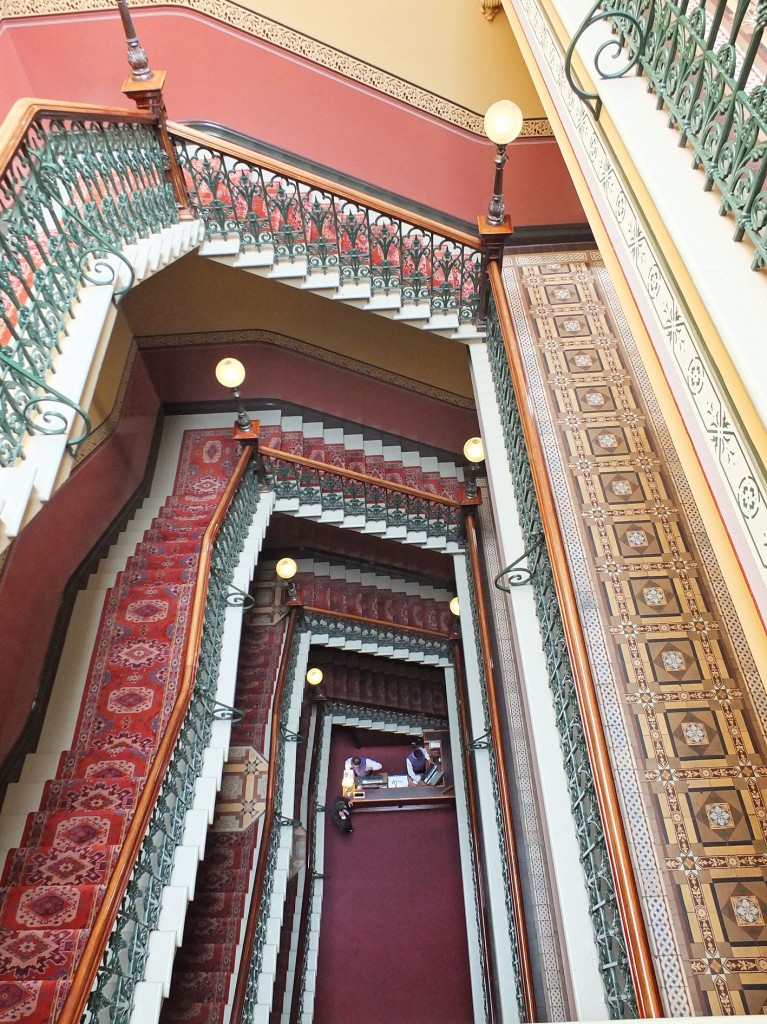 Can you believe these tiles were hidden by carpet for years and were only rediscovered in 1983!

I didn’t notice the staircase when we first came into the lobby, but you ever visit this hotel, when you come in the main entrance, look up!

The wedding reception we went to was held in the Grand Ballroom, which has been restored to the glorious design of the 1880s.

The ballroom is lit by natural light through the original domed skylights and Elizabethan scenes feature in stained glass located each end of the room.

The only minor warning when staying here is that the old building does not cope well with the heat! When we arrived, it was a sticky, humid day and not much better at night, and the air con did struggle.

Would love to be able to open the windows, but regulations meant they were bolted shut….especially as we were on the fourth floor!

And we had a small issue when we checked out on Sunday morning….we had our luggage brought down and organised our car which was all fine…..but when we went to leave, we found the car half loaded parked up from the front door, doors and boot wide open and no one keeping an eye on it…the rest of our luggage was sitting on a trolley in the doorway…anyone could have come along and helped themselves!

We were relieved to see everything was still there! No idea where the doormen had all disappeared off to….guess we were lucky it was a Sunday so not many people walking past.

If we ever are lucky enough to stay again, one of us will go down with luggage to make sure it is safe!

But it was a lovely weekend, one that felt like we had been transported back in time, when traveling in style was a romantic luxury…when there were doormen and maids in white aprons…and beautiful decor lit by candlelight! 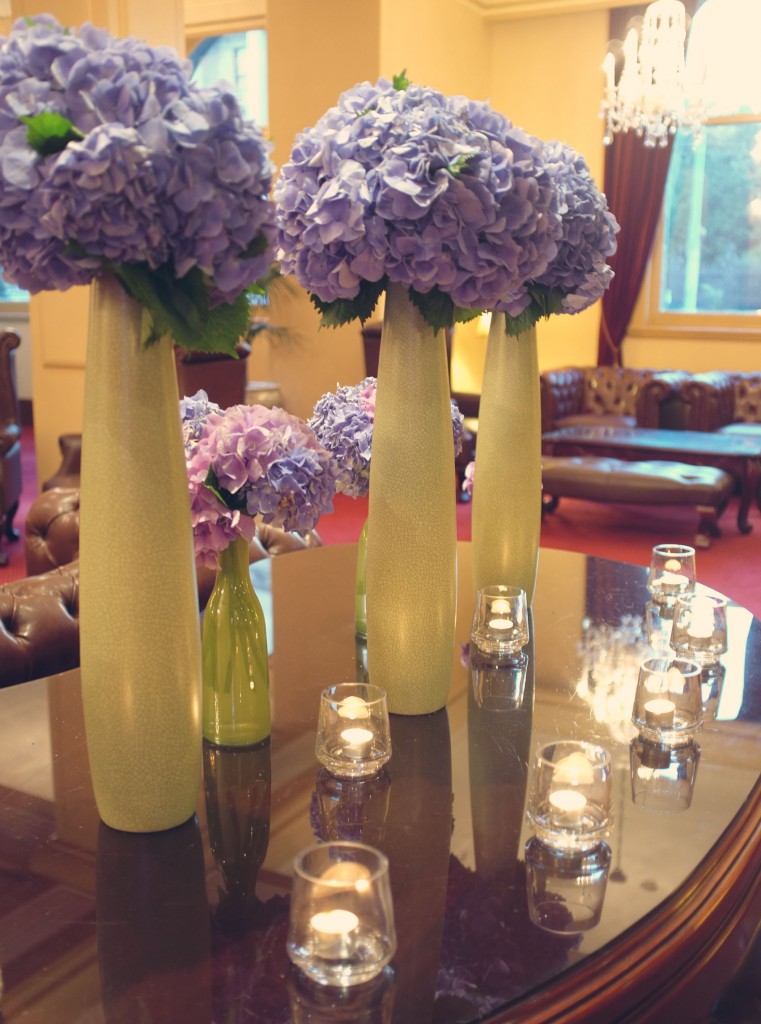 I really hope that The Hotel Windsor is able to remain the beautiful, grand hotel it is, and that progress doesn’t eventually result in losing such a Melbourne icon! 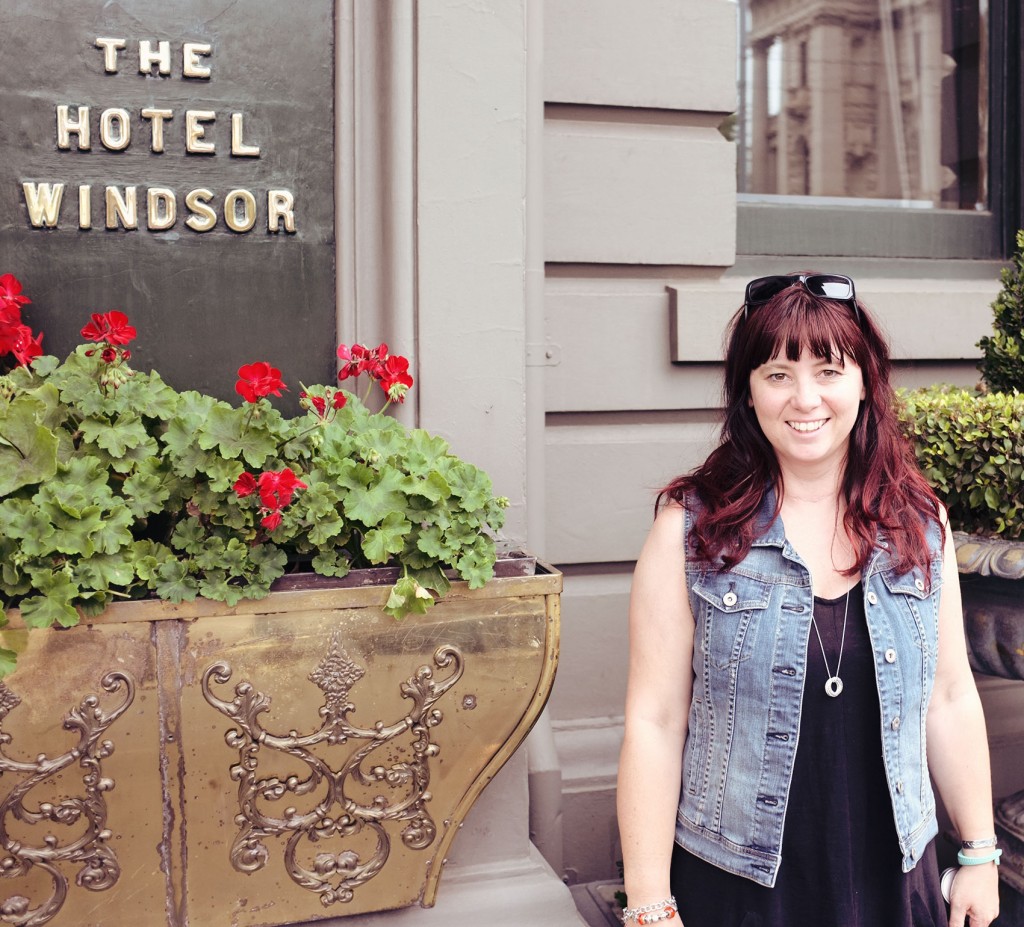 « Play Me, I’m Yours » Eating Out: Brown Sugar Cafe