Yesterday, I thought I had lost my beloved silver bracelet…a gift from my husband after he had his transplant. 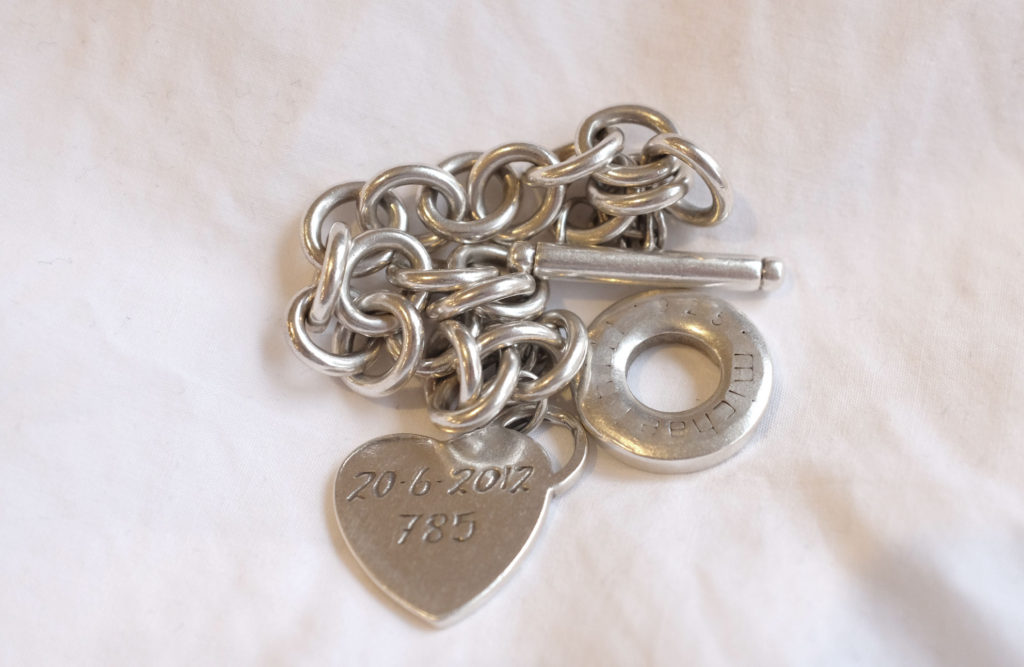 I had a normal morning at work, then after lunch, decided to go for a walk to get some sunshine and fresh air.

It was when I got back that I noticed that my bracelet had gone…I quickly checked my office and surrounds,  but nothing.

So the walking shoes were put on again, and I set out with a heavy heart to retrace my steps.

I knew that if it had fallen off while walking, it had probably landed on the footpath, which means someone would have picked it up.

It doesn’t have a catch…it is a fob style….and as it is quite heavy, I thought it was strange that I didn’t feel it fall off, because in the rare times it has done so, I noticed straight away.

I searched along the route I had taken…even ran into a friend who works nearby who was also out walking…but no sign.

I returned to work sad that for the first time ever, I lost a piece of jewellery…yes, it was valuable, but it was the sentimental attachment that made it priceless to me.

I had to tell my husband that it was gone…he kindly said that he would buy me another one.

The day continued on as I hoped that by some freak of chance, it would turn up.

I felt weird thinking that someone else might have this item that meant so much to me.

And I knew, that even if someone had picked it up, how would they know where to return it to…there are hundreds of businesses in that area, and a lot of workers head out for walks at lunchtime.

As I was driving home, I came up with a plan to put some notices up along the route I walked, in case someone had seen it.

I also put a post up on Facebook in the hope that maybe, someone would read it and know where it was.

But the gods were smiling on me and the stars aligned…within 10 minutes of me writing that post, my husband turned back the covers on our bed, and there it was!

Despite being 100% sure that I had it on that morning and there was no way it could be at home, it was…and I never been so glad to be wrong in my life!

It hadn’t broken, yet somehow the bar had slipped out of the ring, and had fallen off.

My bracelet is now safely back on my wrist and I will definitely be checking more frequently to make sure that’s where it stays.

All is now right in my world again… 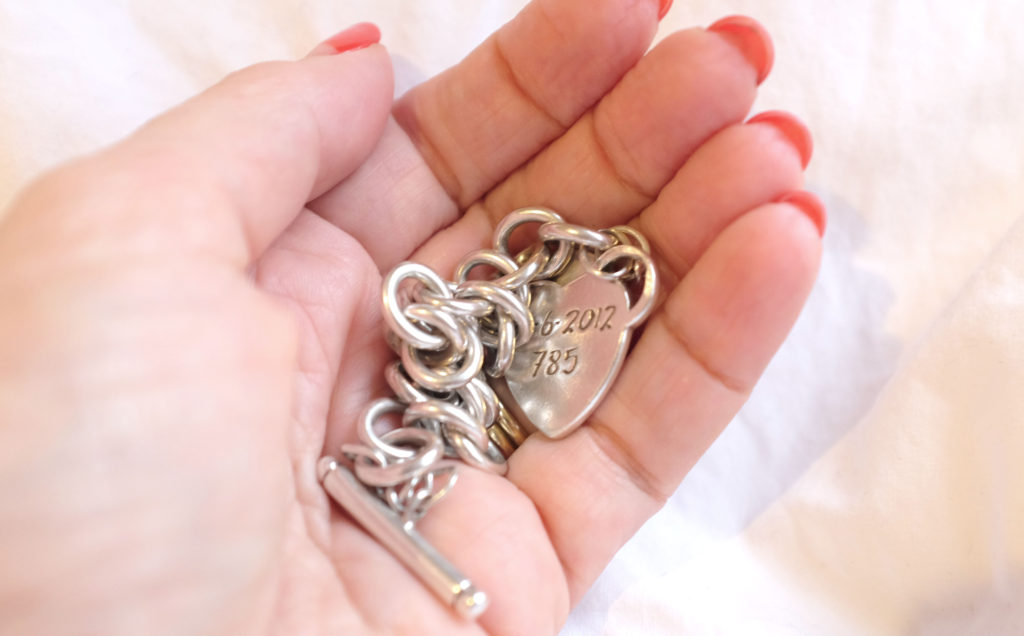 « What I Wore Roundup – Edition 46 » Talking about Organ Donation

Please note: this is not a sponsored post! My opinions are, as always, totally my own! Buying jeans when you are five foot nothing with an hour glass figure can be difficult, so I am always on the lookout for designs that cater for my height, size and shape. So when I heard that the Australian company, Katies, had released Continue Reading →