Regular readers will know that a few weeks ago, I added a vintage camera to my camera bag, and I am loving it! 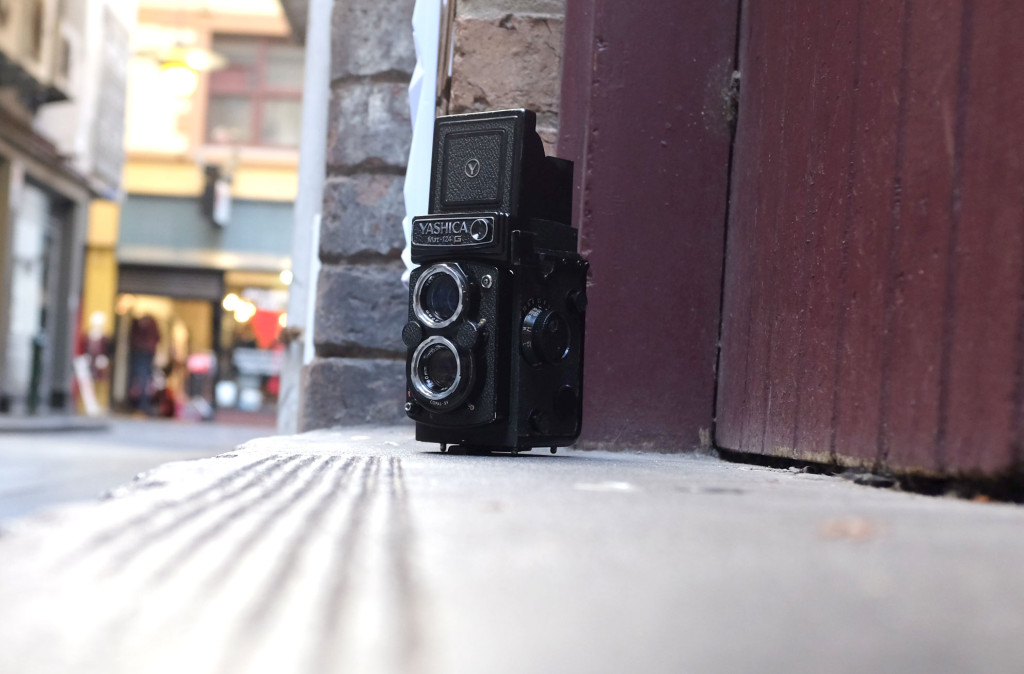 This particular model was made from 1970 till 1986, and was the last TLR produced by Yashica…a TLR means a twin-lens reflex camera.

It has two objective lenses of the same focal length…one is the lens that takes the photo (a four-element, 80mm F3.5), while the other is used for the viewfinder.

And this sort of camera is different to anything else I have ever used as it features a waist level view finder…in other words, you hold the camera low down in front of you, rather then holding it up to your eye! 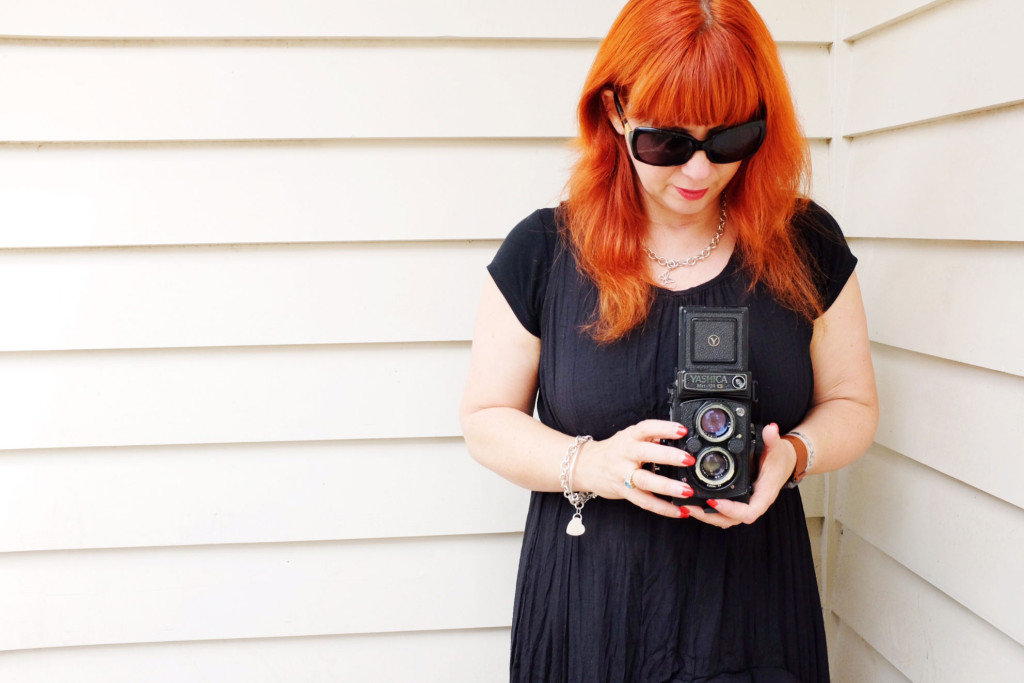 I have never seen anything like it with the image in the view finder being almost almost 3D…it’s quite surprising!

However, the quirk of the TLR is the image in the view finder is actually reversed left to right, which makes it a bit tricky when trying to line up a photo…I am forever moving in the wrong direction.

This camera also has a pop-up magnifying glass which helps to focus…and I should mention, that the actual front panel of the camera moves in and out when focusing.

Plus there is also a “sports finder” which is basically a square hole in the back of the pop up hood and a hole in the front…the purpose is to make it easier to track moving subjects.

I would have no chance at doing that without plenty of practise…which can become rather expensive when using film.

This particular model also has a light meter, and the one on mine does seems to be reasonably accurate…it used to run on a now discontinued mercury battery, but thankfully there is a modern equivalent.

Another reason why I am loving this camera is the film it uses which is medium format 120mm (6 cm x 6 cm negatives).

Granted, it is expensive to buy and then develop, especially as you only get 12 shots…but the resulting photos are square with plenty of depth.

As I am somewhat curious, I did a bit of research into the serial number, and I think I can place this particular camera as being manufactured in May 1971…approx 6 months after I was born.

Which makes this even cooler…I am using a camera who is almost as old as me!

My first film was somewhat of a disaster…I used a colour ISO 100 film and ended up with only had a couple that were any good.

My second attempt was much better…I used a higher ISO (400) and only one out of the twelve was a little blurred…the rest came out perfectly!

I have already loaded another film into Yashi…going to try a very fast ISO 800 and see what I can capture!

I bought my Yashica Mat-124G from Film Never Die, and I also get my films from there.