You know the saying…it always comes in threes…well, yesterday it did!

Started off ok with a brisk walk with the two furkids…managed to not get pulled over by the younger pup and not get my arm pulled out by the older one who likes to stop at every tree, every plant…every blade of grass…

It all start to go off the rails when I started to get ready to go into work.

I gave myself a left hook in the jaw…yep, I managed to smack myself in the jaw, quite hard. Now this probably wouldn’t be too bad in most people, but I have TMJ (ie totally mangled jaw…not the medical definition but that’s what it feels like!).

My jaw now feels out of alignment, and suffering from a touch of “lockjaw”….but don’t worry…I can still talk!

So after that, I finish off getting ready for work…let the furkids out for a run around the backyard before I go..

The younger one suddenly starts barking like she is being murdered….unfortunately I know that bark very well…it means “possum” or “rat” and “I am going to get whatever it is”.

Out I go…high heels and all….and catch a hysterical terrier mid air while she jumps, trying to somehow reach a possum who has conveniently “moved in” to a vacant birds nest in the vine along our side fence.

I actually like the little ringtail possums, and this one was particularly cute…and was keeping a close eye on all the chaos below… 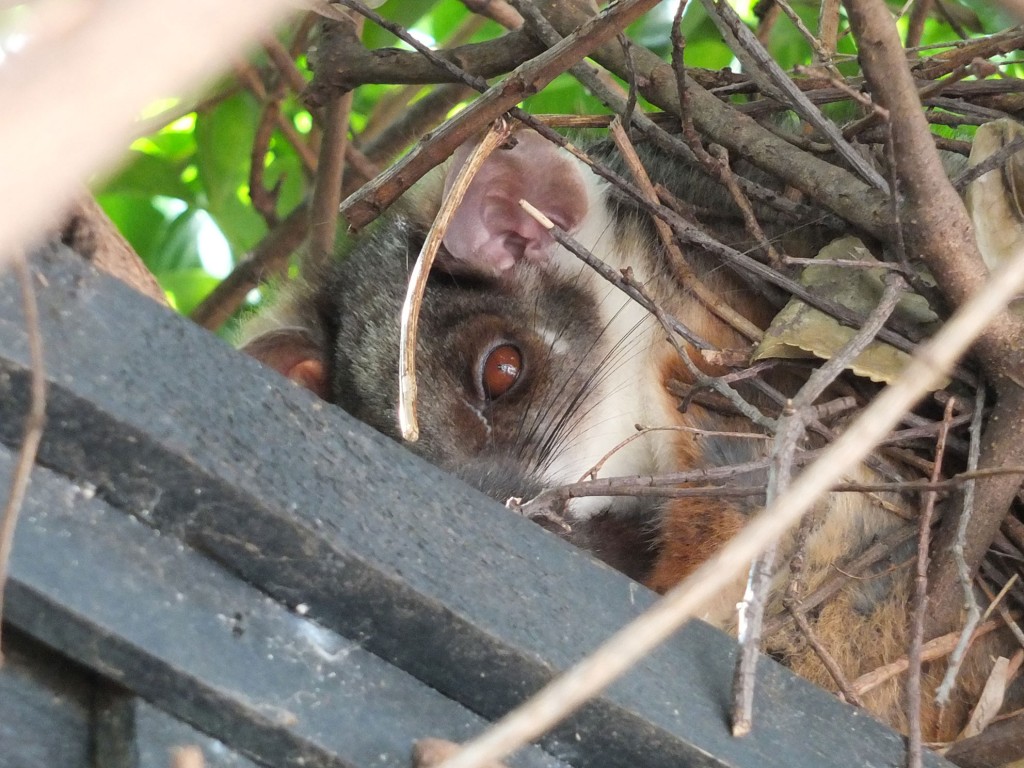 In order for the neighbours to have peace and quiet while I was out, both furkids were relegated to being locked inside…not that that bothers them in any way…sleeping on the couch is a favourite pastime.

But it meant that I wouldn’t be able to put a full day in at the office…because I would need to come home and let them out.

And that leads me to the third thing…I had to get my phone replaced in January due to dropping it…and the insurance company needed a receipt, but for some reason I never received one via email.

Got there at 9am…was still there 50mins later…for some reason, even though I had the new phone…I had PAID for the new phone…the receipt had somehow disappeared into a black hole in their system.

I started off talking to the guys that greet you when you go in….they couldn’t help…so was directed to a guy who does the booking in of appointments etc. He tried really hard to find it but no luck.

And of course there was the added waiting time because the Apple system was being refreshed…yep, great timing for me to decided to do this!

Eventually, the manager was called in but even he took a little while to get it sorted.

I have to say though, they were all very apologetic…but just couldn’t give a  reason why my particular receipt had been sucked into a vortex somewhere!

Finally, after losing almost an hour of my life, I headed back to the car with the required receipt.

But now I want to upgrade my ipad to the ipad Air, I want a retina screen mini, I want an iphone 5….and OMG…I want one of those divine huge screens…

However, I can report the day did improve after the required three things were done and dusted!

Yesterday, my husband and I spent a few wonderful hours talking music...and learning about coffee...strange I know for two obsessed tea drinkers! We met with Michael Bertoncello, who made the life changing decision to give up being a professional musician, and start a coffee roasting business...Bertoncello Coffee. My husband knows Michael through music, and both studied at the Victorian College Continue Reading →