The Pink Lake of Melbourne

Ok, how many of you know we have a pink lake right here in Melbourne?

We didn’t…I only found out because I noticed it one day when driving over the Westgate Bridge, and couldn’t quite believe my eyes!

Today, we got to check it out and thankfully, I found I wasn’t hallucinating…there is a rather large, very pink lake under the bridge, right on the fringe of the CDB!

It is in Westgate Park which is located along the eastern banks of the Yarra River, an area that was originally part of a salt marsh.

The park contains two large lakes, one freshwater and one salty…and it is the salty one that turns bright pink every summer! 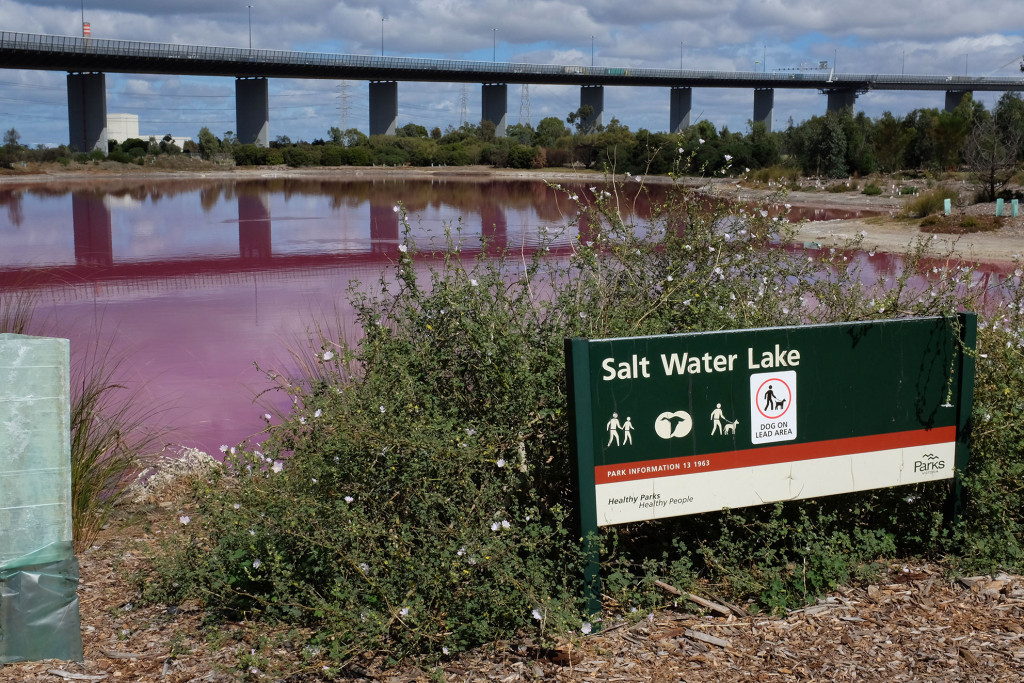 It first happened in 2012, so this is the third year in a row it has occurred!

The vibrant colour is actually a natural phenomenon which is believed to be caused by increased salinity due to evaporation and the lack of rainfall, encouraging the growth of a harmless, single cell green alga – Dunaliella Salina – and a harmless halobacterium – halobacteria cutirubrum.

Not even going to attempt to pronounce those…but apparently they are friendly! 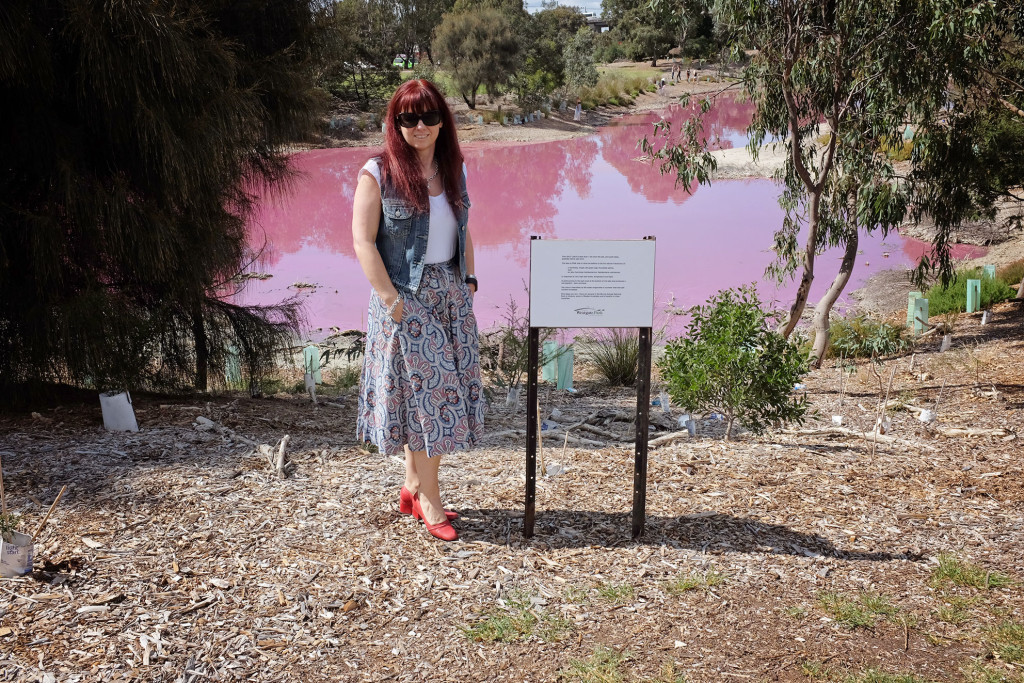 The lake gets even more vibrant when we have had high temperatures…weirdly, we have had a pretty cool summer this year but the lake was still nice and pink!

We are lucky to have this right on our doorstep as it is pretty rare…pink lakes can only be found in a handful of countries around the world!

One word of warning…it can get a bit smelly around the lake due to the excess sulphur gases, but as there was a gentle breeze blowing when we were there, it was fine!

Best time to see it in all it’s pink glory is summer/early autumn because it returns to it’s normal blue colour in the cooler months.

So if you are in Melbourne during summer, I can highly recommend a trip to Westgate Park!

Enjoy a walk, maybe a picnic…if you can stay upwind of the smell…and see this pink lake for yourself!

Westgate Park is located in Fisherman’s Bend, Melbourne, with the main entry off Todd Road.