Our gorgeous and very talented friend, Marita Davies, is creating something that is very dear to her heart, and she needs support to see her dream come to life. 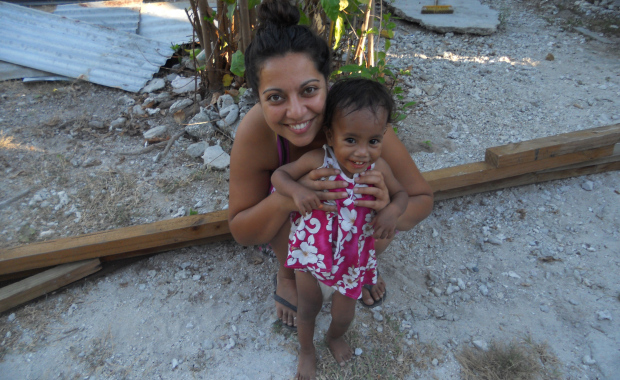 Marita is half Australian, and half I-Kiribati…her mum is from Kiribati…and I am guessing that many of you reading this have never heard of that country, but it does really exist!

The trouble is that it may not exist for very much longer as it is slowly drowning…being swallowed up by the sea.

Kiribati is located in the Pacific Ocean, halfway between Hawaii and Australia, and consists of about 32 atolls and one solitary island (Banaba).

I also discovered that Kiribati is the only country that is situated within all four hemispheres!

Despite being spread across 3.5 million square kms, there is only about  800 square kms of actually habitable land making Kiribati one of the smallest countries in the world.

And it is slowly being submerged as the sea waters rise…in 50 years or so, Kiribati will be just a memory.

Marita wants to raise awareness of this country and it’s plight, so has written a children’s book called Teaote & the Wall….Teaote is her mother’s name!

“Teaote and The Wall is about a Kiribati woman determined to build a strong wall, tall enough to keep out the gigantic waves that threaten her home.  She builds her wall with sticks and stones, with rocks and sand.”

The book is illustrated by Stacey Bennet, an award winning illustrator and graphic designer.

Teaote and The Wall is more than an educational environmental book.  It is a homage to a country that is full of culture, life and the happiest people on the planet. 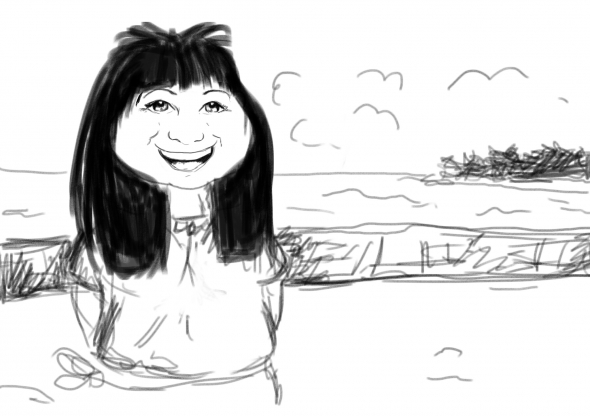 The aim is to raise $4000 in order to do a print run of 500 while covering various other costs such as mailing and distribution.

And they really want to have the book published in time for a climate change conference in April 2015.

A Pozible campaign has been set up, and pledges of $10 and upwards will help Marita and Stacey to bring this book to life, and in doing so, spread the word about this little known island country.

The deadline is 22nd March, allowing only 20 days of fundraising…as of writing, over $2000 has been raised but there is only 17 days to go!

So if you can, please support this project either by pledging, or by sharing this post,  and assist Marita to raise awareness of her island country, before it disappears without a trace….we have!

Click here to find out more about the campaign and to pledge.

Marita also writes a blog about Kiribati called The Little Island that Could…click here to read more about this little known country!

All images courtesy of Marita Davies and The Little Island that Could.

« When Beliefs Fail » My Friday Five – The Power of Colour!