I have an admission…I have never really taken care of my eyebrows…which is one of the main reasons why I have had a fringe for so many years!

But when I had the wonderful makeover by Miss Sammy from The Lindy Charm School, she told me that it would be a good idea to get my eyebrows shaped, and neatened up.

It would change my look…for the better!

And as I have been feeling so horrible for so many weeks, I decided that I would get my eyebrows done as soon as was possible….I figured it might make me feel better if I looked better!

So when I was walking through our local shopping centre the other day, I spied a booth that did eyebrow threading…something I hadn’t heard of before….I have heard of waxing, but not threading.

And then seemed as good a time as any to see what it was all about!

The girl was friendly, and was able to do it straight away….would only take five minutes…and it did!

I had no idea what threading involved, and whether it would hurt more or less then waxing, so was a little nervous when I sat down, ready for her to start.

But it was all fine…it did hurt a little, but as I am suffering from face pain at the moment, it was not unbearable…was good because it took my mind off the usual pain!

And the pain was only for a second or two each time.

So what is threading….it apparently originated in the Middle East, and has gained popularity in the West as an alternative to waxing.

According to Wikipedia, in threading a thin (cotton or polyester) thread is doubled, then twisted. It is then rolled over areas of unwanted hair, plucking the hair at the follicle level. Unlike tweezing, where single hairs are pulled out one at a time, threading can remove short lines of hair.

Threading provides more precise control in shaping eyebrows, and is more gentle on the skin then waxing.

And I like that the thread is only used once, plus there are no chemicals or wax involved!

It apparently will last up to 4 weeks….we shall see…

But at least its done…here is a picture to prove it…eyebrows now under control! 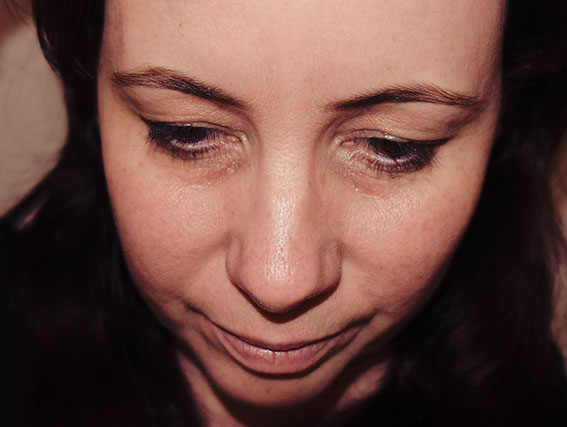 Have you had threading done to your eyebrows…or do you prefer waxing?