We started this week with an early morning trip to the Liver Transplant Unit, for my husband to have a check up after having hernia surgery.

Post Transplant clinic is very familiar to us….we have been going for over two years…however, today was the most chaotic clinic we have ever been to! 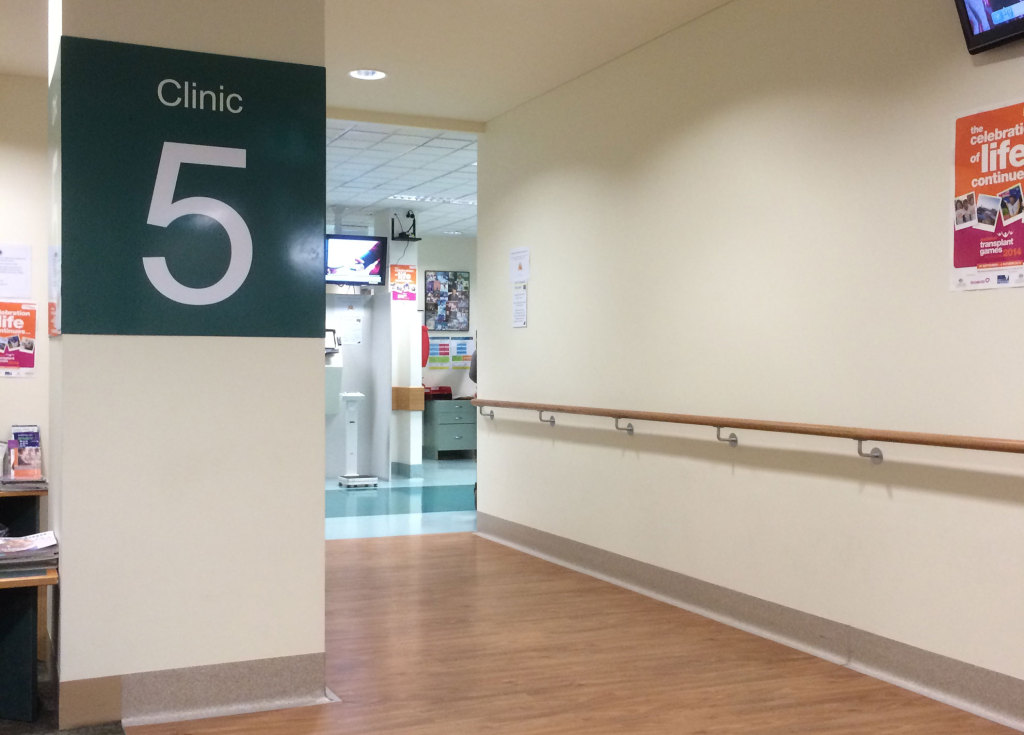 We like to get there early…7.30am…to get as close to the top of the list for the day…but this morning, a series of events occurred due to a changeover of staff, causing clinic to be opened late resulting in a backlog of patients.

And to make matters worse, all the surgeons were running late!

We finally saw one of the nurses around 9am, which is much later then we normally do…..she checked through everything, and had a look at his wound.

She decided to leave the dressings on until a surgeon had seen it.

She suggested it might be a good idea to have some bloods done, just to check everything was ok after surgery, but when we got round to Pathology, we discovered that it was even worse then clinic!

So we got some tea, and Jas took his meds….including the one he was supposed to have AFTER blood was taken…so that fixed that problem…no bloods today!

Back to clinic, and we settled down for a long wait….there were people everywhere, including one poor guy that ended up being admitted because he was so sick.

Finally, my husband was called and we were lucky to see Prof Bob Jones, who actually did Jas’s transplant.

Bob is an amazing man, with an amazing voice….and he is very pleased with how Jas is going, post transplant and post hernia surgery!

In fact, he said Jas’s levels were all fabulous, and wished that more of his patients looked after themselves as well as he does!

We then had to wait another hour or so, for the nurse to take the dressings off, and check the wound.

Jas was getting a bit nervous as he hates having dressings removed, but the nurse did a great job….not one swear word was uttered!

It was interesting seeing what the wound looked like….and he has added one more scar to his collection due to the drainage tube leaving a rather large hole…in fact, looks like he has been shot in the side! 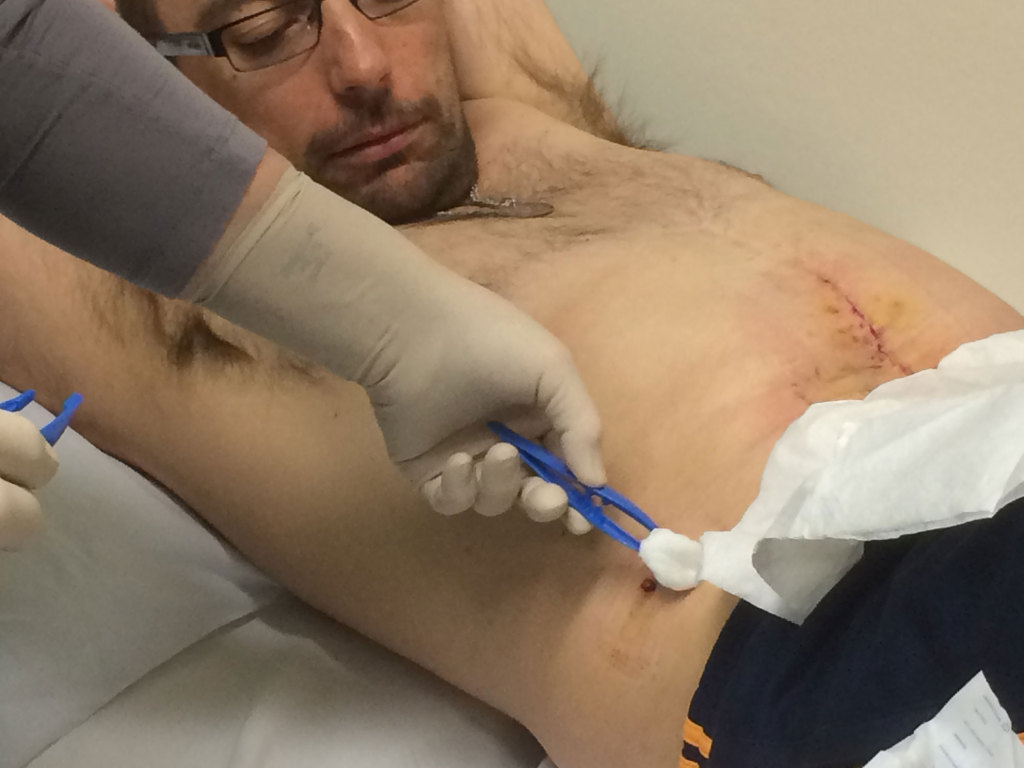 Bob came back and checked the wound, and was happy with how it was healing.

The wounds were cleaned up and re-bandaged  again, and we were instructed to leave the main dressing on for about 4 days, but to change the one on the drainage tube hole every day.

And that finally was it….except for a quick trip to Pharmacy to pick up his three month meds supply!

This visit was about 5 and a half hours, most of it sitting around which is pretty usual, however we have absolutely nothing to complain about….we saw a fellow patient who had their transplant round the same time as Jas…..they now have been diagnosed with lung cancer, and have to go through full chemo.

Life can be so cruel sometimes….