Driving to work yesterday, I saw two things…one gave me hope…the other despair…

What I saw were two very different young drivers on P Plates.

The first one….a girl….drove courteously, albeit a little too slow, but no speeding AND she gave the “thank you” wave when I let her in to the traffic.

A careful driver learning the rules of the road, and definitely getting an A+ from me!

The other one I saw was….and I hate to say this…a young guy, and he was everything I hate in other drivers….arrogant, aggressive and quite frankly, scary.

He weaved through the traffic, always trying to get those few seconds ahead…and if someone was in his way, he sat as close as possible to their back bumper….

I cannot stand tailgating…it is plain dangerous and highly unnecessary.

And yes, he did it to me but it wasn’t going to work…I was doing the speed limit, as was all the other cars around…the temptation to touch my brakes was strong, but as he was a P Plater, I wasn’t sure if his driving skills would live up to his ego, and I want to keep my beloved car in one piece!

Although I have pulled that trick before with success…but you do get the feeling that the lesson probably wasn’t learned.

However, the other drivers and I did have a few moments of revenge….he ended up being blocked in and had to slow down whether he liked it or not. And luckily, this happened through a school zone….can only image the speed he would have gone otherwise!

And when he was able to break free and sped off….well, we all saw him at the next lights…

So the first young driver gives me hope that the message is sinking in…that driving like an maniac is going to end badly…one way or another.

It is better to be 5 mins late because you are an awful long time dead….

The second driver is one that has a high chance of being featured on the nightly news…..wrapped around a pole or involved in a crash.

What is it that makes drivers…and I mean of any age…think they are invincible when they get behind the wheel?

I am not a perfect driver by any means, but I have now been driving for over twenty years…and have done two advanced driving courses which I loved!

I am aware of what is happening around me.

In a perfect world, I think everyone should do at least one driving course….you are never too old to learn, and it might just save your life.

For example, I know how far it takes to get my car to stop if I have to hit the brakes hard at 60km and at 100km…I have done it in a safe environment so I know what it is like when the ABS system kicks in…but I hope I never have to put that practice into action….

But going back to yesterday’s experience… in the space of about 20 mins, I went from being impressed by the driving of the first P Plater….to being horrified by the second one….would he be able to stop in time if the car in front hit the brakes?

What else can be done to stop these idiots from putting themselves, and others, in danger?? 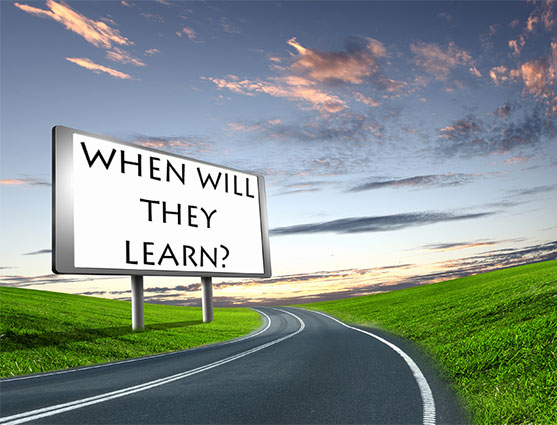 « My Friday Five – Signs that Winter has Arrived! » A Bendigo landmark you must visit…a magnificant Cathedral!