Facebook has a feature that reminds you of past events that you have posted about, and today, it reminded us of a day that was one of the most stressful in my husband’s liver transplant journey.

It was the day we experienced what is known as a dummy run…it occurs when you get called into hospital for a transplant, but it gets called off.

Thankfully, it was the only one we had…some patients have two or more dummy runs…we know someone who had four…others never experience one, and have their transplant on their first call.

On the 3rd of September back in 2011, my husband received the call saying a potential donor liver was available, and to come into hospital. 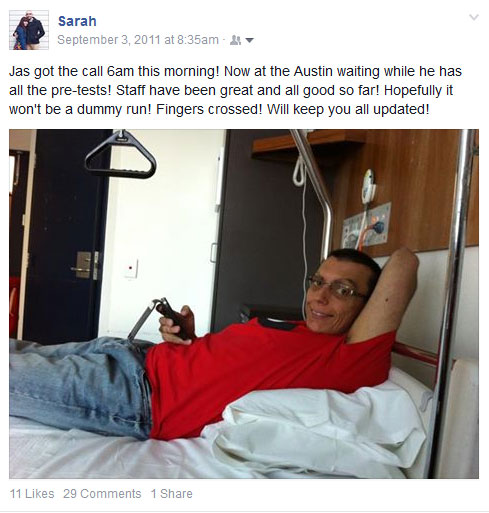 It was a Saturday, so traffic was light…and I remember he was well enough to drive us to the hospital.

We were excited…nervous…happy…sad….a real mix of emotions.

We went through the check in process…we had to go through Emergency, where he had to have a chest x-ray, and then up into the liver transplant ward.

By 4pm, it had been delayed twice, but the staff were still confident it was going to happen.

Then just after 6pm, after being at the hospital all day, the transplant was called off and we were sent home.

I don’t think I have ever been as exhausted as I was that day…my husband was amazing throughout the whole saga and remained upbeat despite being so tired and thirsty. 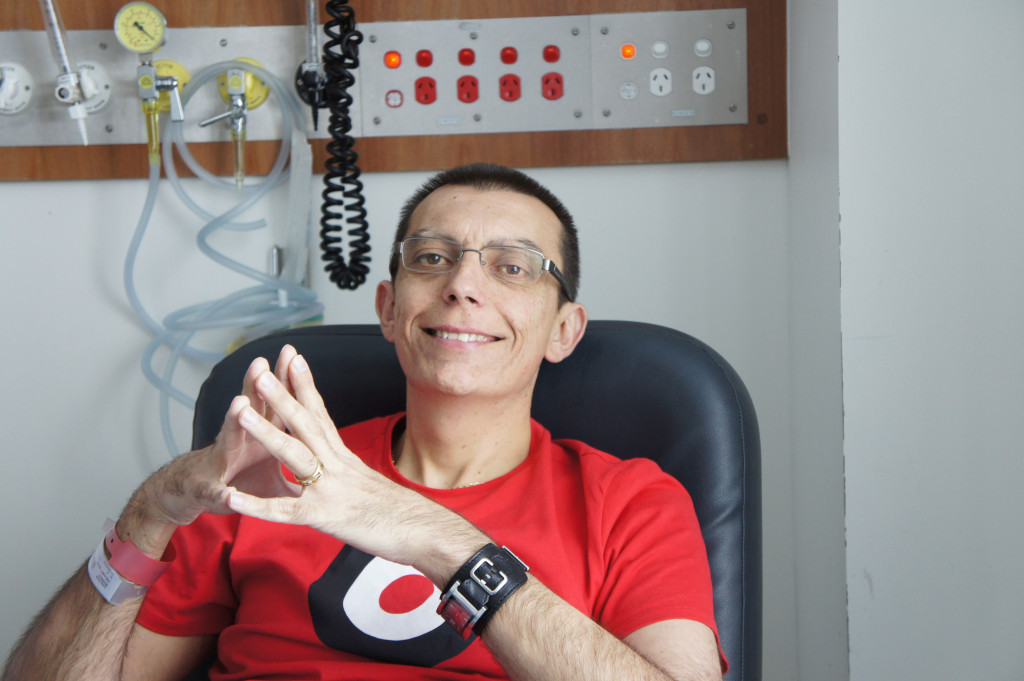 This is what I wrote later that night..

As I wrote above, dummy runs are a normal part of being on a transplant waiting list…you certainly don’t want to go through a risky operation with a donor liver that the medical staff are not 100% confident about.

We never knew what was wrong with the donor liver and/or why the transplant was called off.

After that day, we remained positive…it meant he was up the top of the list for his blood group, and we now knew what to expect…we had joined the many others who experienced dummy runs before the real thing.

He was still reasonably healthy and was still able to work at that time so he wasn’t at deaths door.

However, it was a much different story over 9 months later when he finally got another call…things were looking much worse and he didn’t have much time left.

But on this day four years ago, it just wasn’t meant to be.

I wish I could tell our past selves not to worry…things will get tough, but he will make it…he will get a donor liver that will be a perfect match, and life will be better then we could ever have imagined.