One thing we have learned about living in Melbourne is that there is so much to be discovered…the laneway I am featuring today is one we had no idea existed, yet it contains so much of Melbourne’s history!

Bank Place runs between Little Collins Street and Collins Street, and features some heritage pre-war buildings dating from the 1860s through to the 1920s! 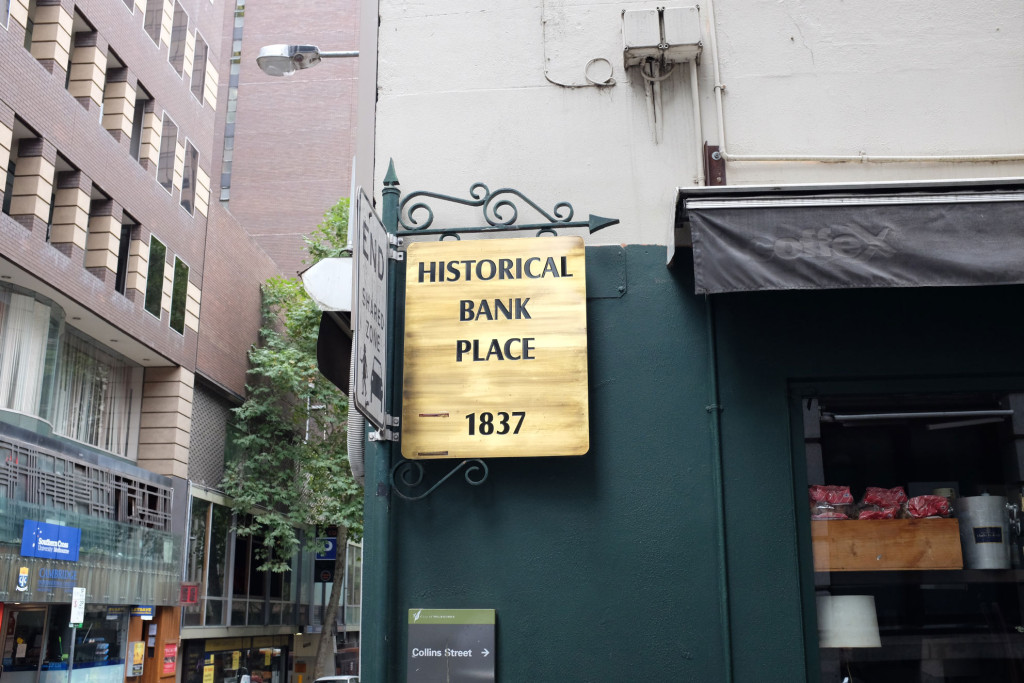 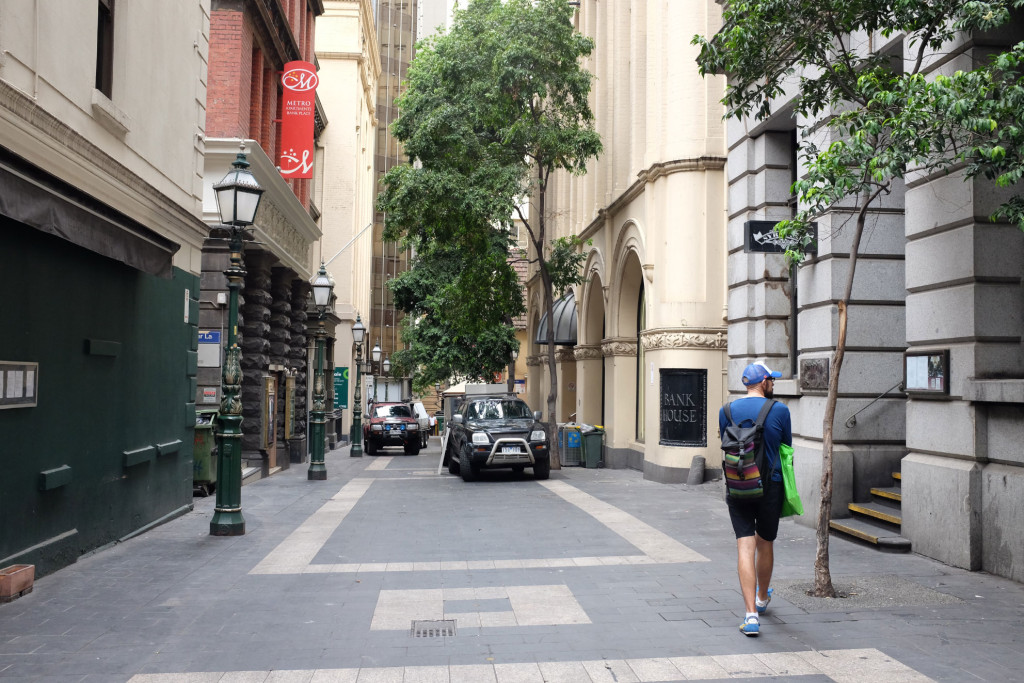 I love the Stalbridge Chambers building which is on the corner of Bank Place and Little Collins Street…it was built in 1890-1891 for R C Brown and is a nine story building, compete with a basement!

I had some trouble getting a photo that showed the full architecture, but this view from New Chancery Lane which is north of Bank Place gives you an idea…you can even see the Eureka Tower in the distance… 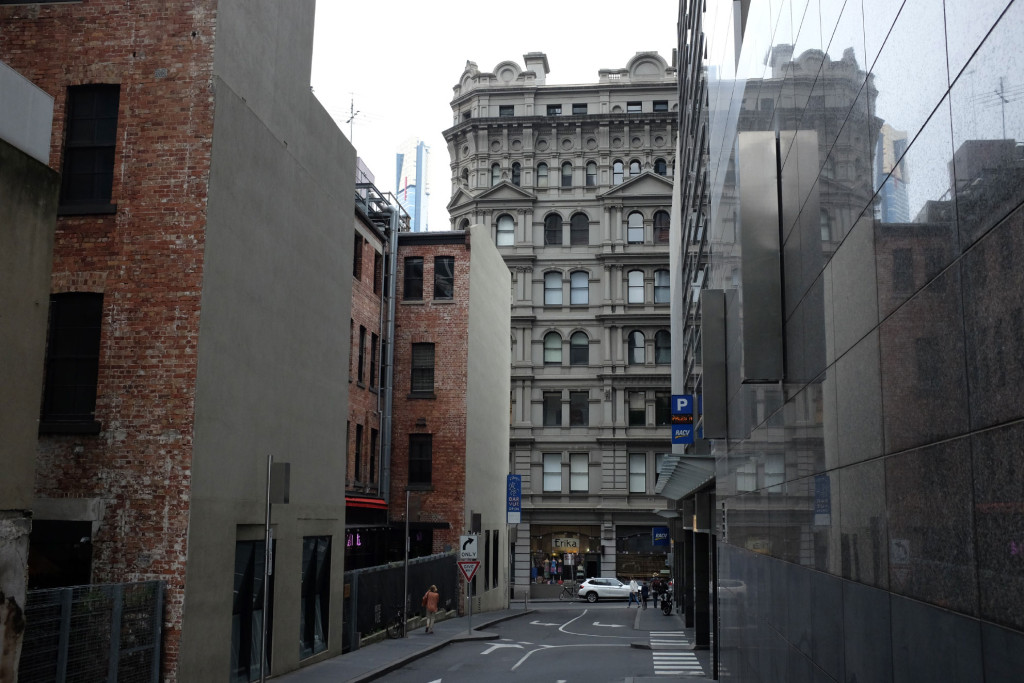 Down the southern end of Bank Place is the Mitre Tavern, which we later discovered is the oldest building in Melbourne! 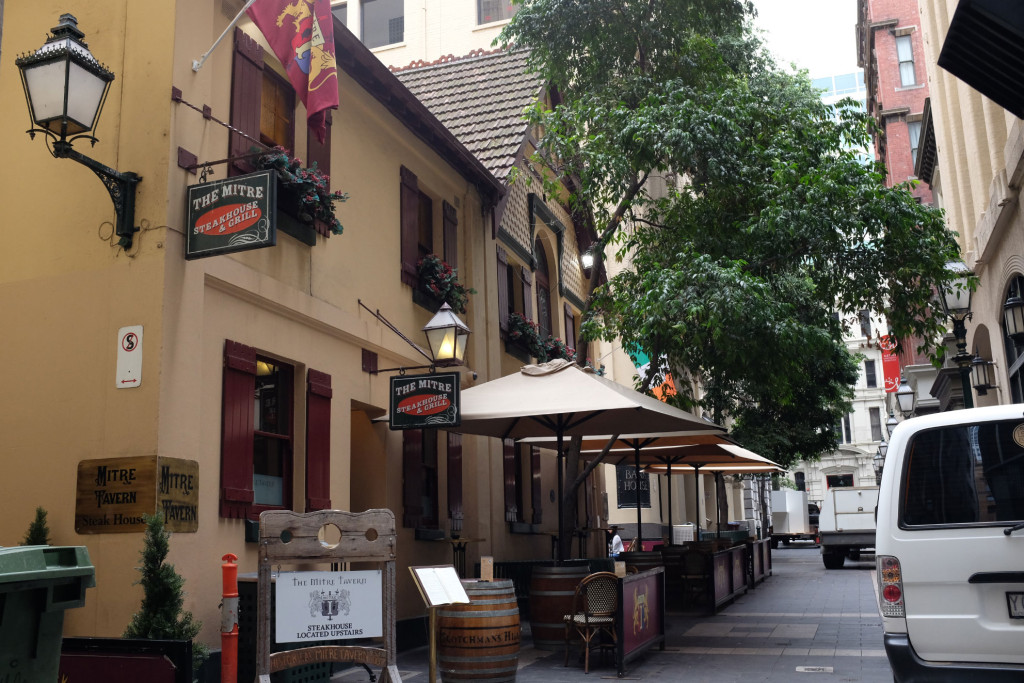 It originally was a private home (built around 1839), but in 1868 Mr Henry Thompson became the first of many publicans at the Mitre Tavern with his successful application for a Liquor License.

And it has remained a tavern ever since…in other words, over 140 years!

The two storey building has been renovated a number of times, but it was given it’s somewhat medieval appearance in the early twentieth century.

The Mitre even apparently has a resident ghost…across the road is the Savage club which was built by Sir William Clarke…his son’s mistress, Connie Waugh, is said to have hung herself in the Mitre and she has wandered the halls ever since.

And a little bit of trivia…this is the tavern that inspired the name for the Mitre 10 hardware chain…a name that was concocted when two of the founding members were having a drink at the tavern.

I mentioned The Savage Club…this is housed in a building that was built in 1884-85 for the Imperial Insurance Company and in 1923, the club purchased the property from Sir William Clarke.

I was unable to get a photo of the gorgeous red door because a ute was unfortunately parked right in front, but it is the dark grey building on the left with the flag pole… 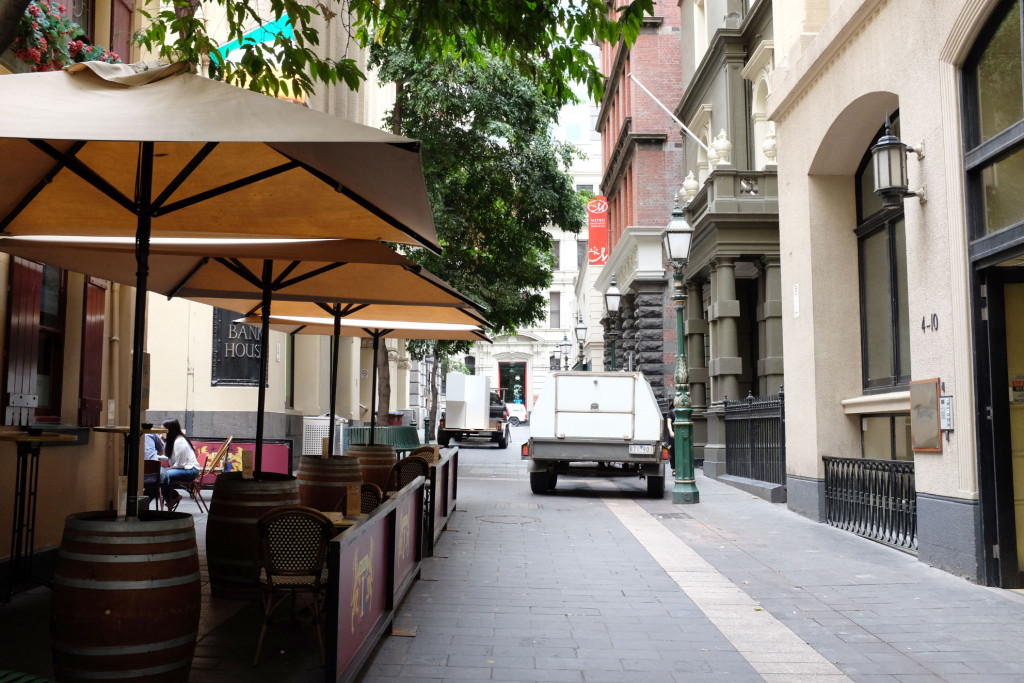 If you are wondering what on earth the Savage Club is, it started back in May 1894, when a group of 18 professional musicians, amateur players and music lovers discussed forming a new club…ten days later, the club was named Melbourne Savage Club with 72 members elected.

It is now one of Australia’s oldest private members club…and sorry girls, it is for men only!

Bank Place is different from the other Melbourne laneways I have featured so far but if you love history, particularly when it comes to architecture, then it is worth a wander through Bank Place.

It is easy to get to and is located not far from the Flinders Street Station and the Bourke Street Mall!

Have you checked out this laneway…maybe had a meal at the Mitre Tavern? Share your experiences below as I would love to know!

We have a lovely long weekend coming up here...Monday 26th January is Australia Day! So for My Friday Five this week, I list some of the reasons why I love our wide, brown land that is girt by sea! Diversity Australia is unique in that we have so many different races living here, and that diversity is reflected in our Continue Reading →