This week, we ticked another must do off our list…the Kokoda Track Memorial Walk…and I have to admit that it nearly killed me!

This Kokoda track is not the one in Papua New Guinea…it is located in the Dandenong Ranges National Park at Mt Dandenong….about a 45 minutes drive from the city.

The track was first created back in the 1900’s, with the trunks of tree ferns laid along the wetter areas of the track to make the climb a little easier.

The more permanent concrete steps were installed in 1950 and are still standing firm today.

It became the Kokoda Track Memorial Walk in 1998 when the Victorian veterans of the Kokoda campaign adopted it.

The walk is similar to the first 100 metres of the original Kokoda Track, and there are 14 plaques placed along it, all dedicated to the Australians who fought and died on Kokoda.

The 100o steps represent the Golden Staircase, a name given by Australian soldiers to the steps cut into the track between Uberia and Imita Ridge. 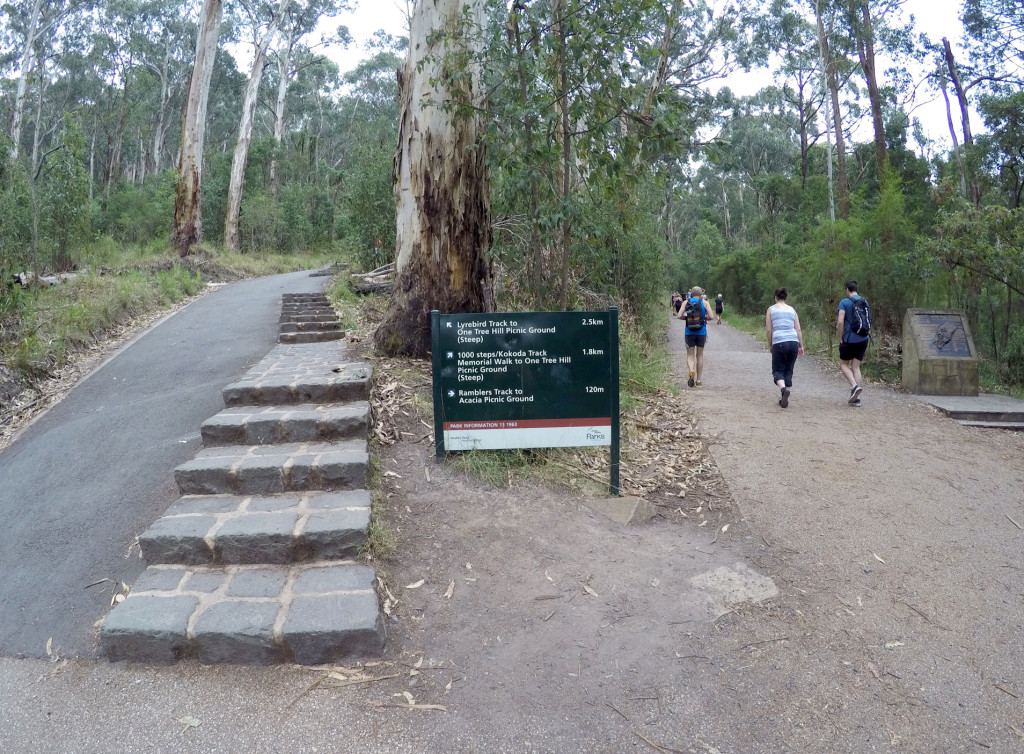 Now this Memorial track is not for the fainthearted…although only 3kms long to the very top of One Tree Hill, when you get to the 1000 steps, you are about to enter a world of pain!

We did things a little differently from the crowds… as the bottom car park and surrounding roadside was packed with cars, we drove up to the top and parked there as there was hardly anyone around. 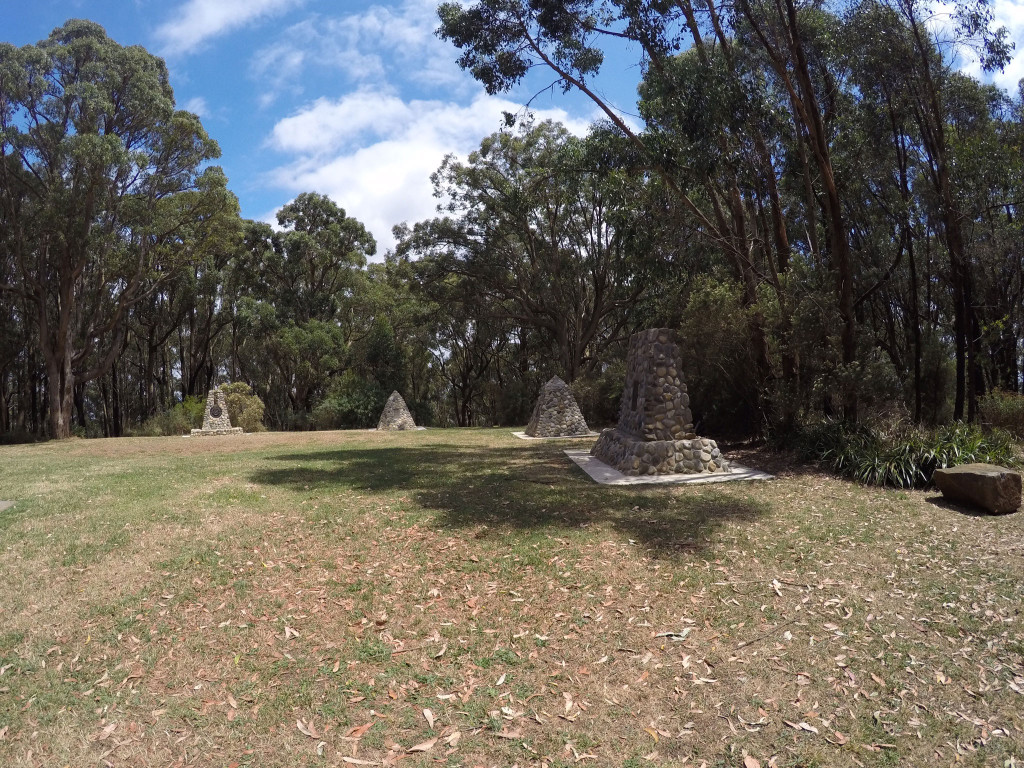 The benefit with this is you get to go down first…the bad news is you have to go back up to get to the car again.

We ended up walking down another slightly longer track (Lyrebird) which also runs down to the carpark…it is quite steep, and I had to be very careful not to do my usual trick and slide on the gravel. 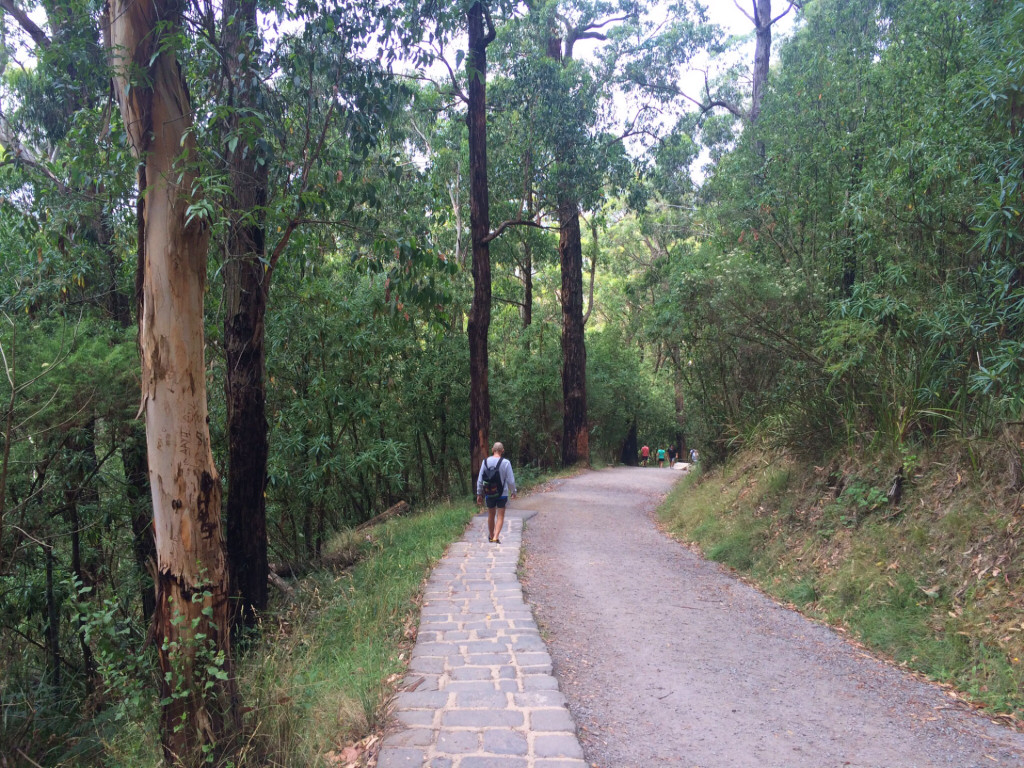 But we made it to the bottom safely, and had a look at the memorial area… 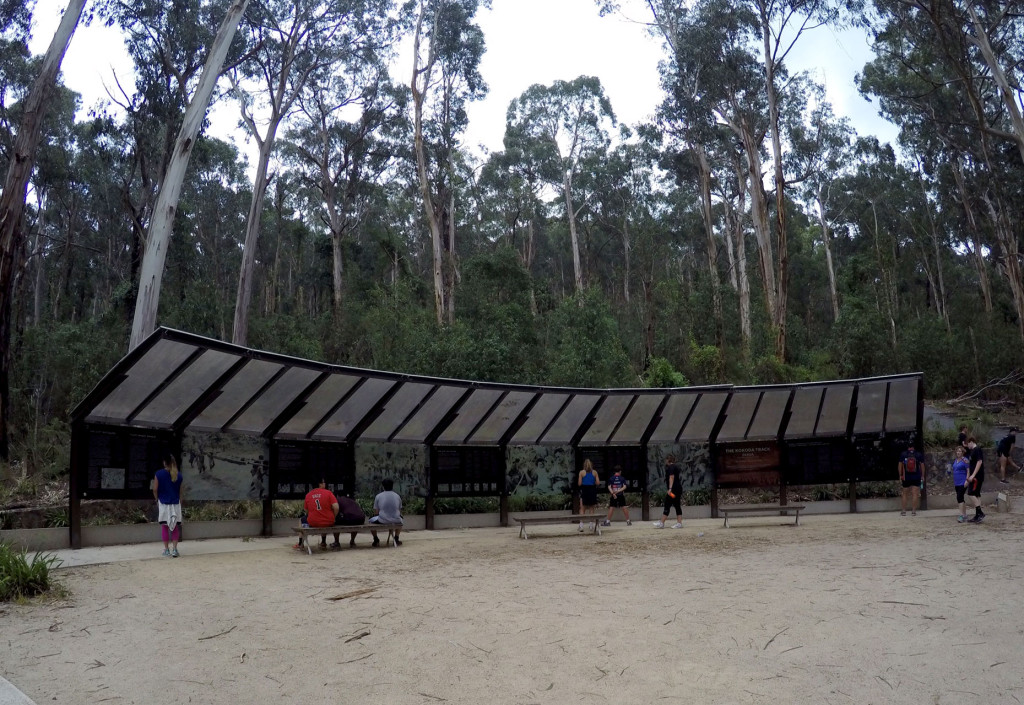 Then it was time to attempt the 1000 steps…I have to warn you that although not long in distance,  this track is not for the faint hearted and I was more then a little worried that I would not make it. 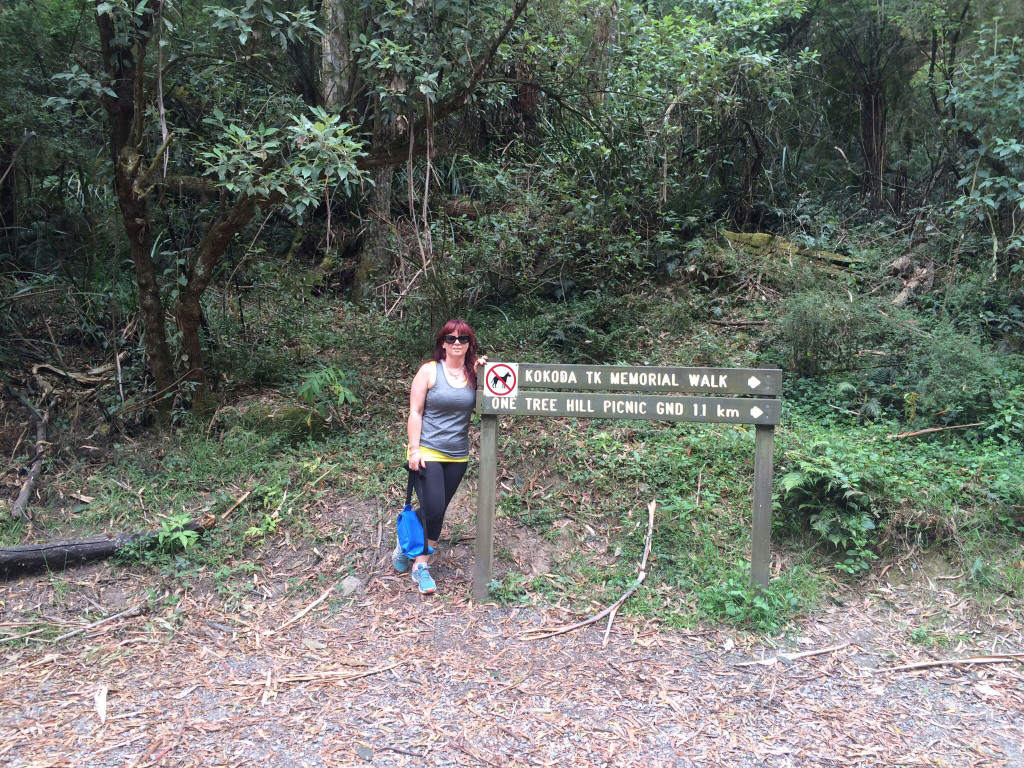 It’s only about 3kms from the car park to the very top of One Tree Hill, when you get to the 1000 steps, you are about to enter a world of pain.

Unless you are mega fit like my husband who rode into the city, had a gym session and THEN did the walk!

This is the start of the stairs…the steps start smaller and closer together, but as you get further up, they get wider and bigger…and apparently there isn’t exactly 1000, there are about 770… 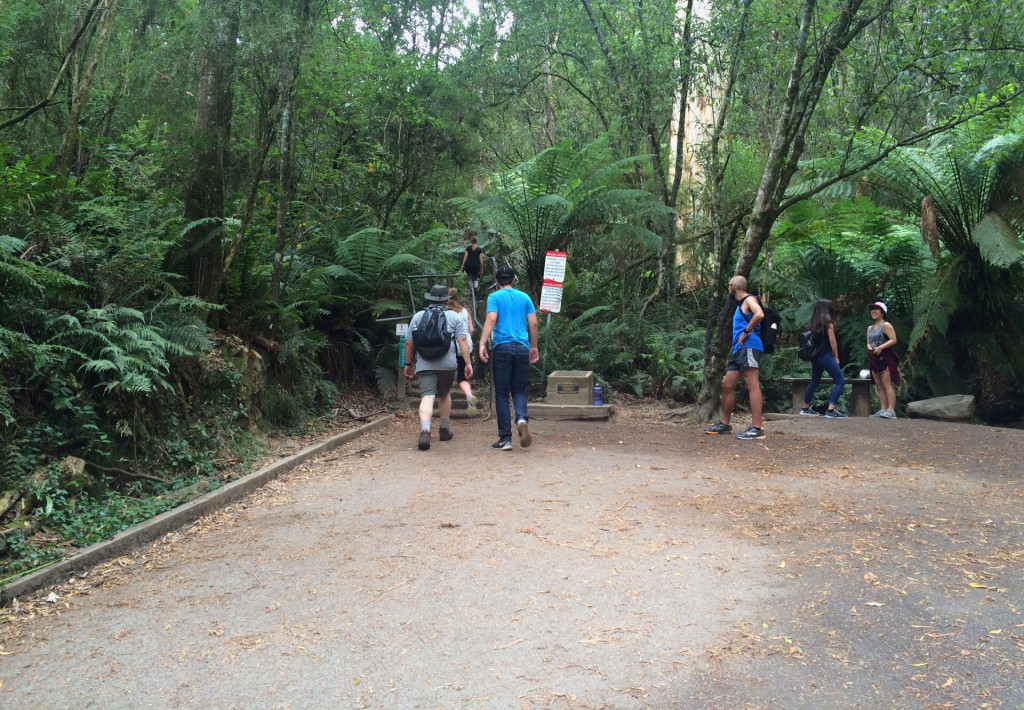 Despite my complaining, it is a really beautiful place to visit, and helps to give some understanding of what the Kokoka Track is like….it’s the closest I will ever get to it, that’s for sure!

Word of warning…don’t go during peak times if you can help it…the car park is crazy, there are people everywhere, and makes it hard to get into your own rhythm when attempting the walk.

We went on a week day, but it was school holidays, and the track was very busy, which meant a lot of stopping and overtaking going on!

A lot of people use it as a training venue, so it is not exactly a walk with nature…more like being in the middle of a circuit class!

And it goes without saying that it wouldn’t be a wise to go if there is a high risk fire warning as it would be very dangerous to be in the area if a bushfire took hold.

But if you have reasonable fitness or better, put on your walking/running shoes and give it a go…it is so worth it when you get to that last step at the top!

Click here to find out more about the 1000 Steps and Dandenong Ranges National Park.

Have you done the 1000 Steps walk? How did you go…did it nearly kill you too?