Are You Fire Ready?

A couple of nights ago, we had a major fright…a car parked in our neighbour’s front yard was deliberately set alight during the late evening.

We had just got to sleep and woke to yelling and banging, and discovered the front and interior of the car almost totally smothered in flames. This is only about 40 feet directly from our front door….

Thankfully no one was hurt, and the fire brigade was quick on the scene and got things under control. 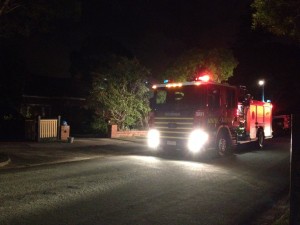 Now having a car burst into flames, deliberately or not, in your front yard is not something that you may see very often…and I don’t recommend it…but what should you do if it happens?

I did a bit of “googling” and found that the best thing to do is call the fire brigade and get as far away as possible.

I read that you can get burnt if you are within 10m of a car fire if you are not careful…plus there is the issue of the toxic fumes.

Also trying to put the fire out with water is apparently dangerous and ineffective…but I guess it might help to dampen what is around the car so the fire doesn’t spread…ie into a house!

If you do have an extinguisher, and the fire confined is in the engine bay….don’t open the bonnet as the rush of oxygen will cause the fire to flare up. The best way is to “pop” the bonnet and aim the fire extinguisher into the gaps.

But do this with caution….evaluate your safety and everyone around you first! If the car is fully engulfed, only the fire brigade will be able to safely put it out!

And one other thing to think about…if you drive a modern car such as an VW, Audi or Range Rover, don’t open and close the driver’s door as these cars have the neat trick of  running the fuel pump to pressurise the injectors, which means fuel is being pumped to the engine just by opening the door…don’t ask me how I know this but it has something to do with petrol being put in a diesel car….not me, I promise!

But the safest bet is to get everyone out and away from the car, and let the fire department deal with it! Your life is worth more then any car!

After reading about all that, it suddenly occurred to me that we aren’t fire ready or equipped if the fire had spread to our house, or if we had a fire within our house.

We have become much more bushfire aware, but in built up suburbia, its easy to be complacent….however the fire risk can come from within…kitchens…a candle left unattended etc.

We have smoke alarms installed throughout the house, but we have no fire extinguisher, or fire blanket….we have never had them… 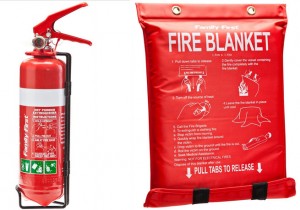 And it even occurred to me, if we had to get out in a hurry, do we have leads close at hand for the dogs?

If the other night’s events had got out of hand, then would have we known what to do in the chaos?

It may never happen, but I sure as hell want to be prepared as I can be if it ever does!

« There is a Santa! » Book Review: Melbourne Precincts

Last weekend, we met the weirdest looking person ever...Graham. Now before you think I am being horribly mean, he is the TAC's latest road safety project...Graham is what we would look like if we were built to survive on our roads. So, let me introduce you to him....he has been hanging out in the State Library of Victoria for the Continue Reading →