A Phone Worth Keeping

Now this is a clever and innovative idea….it is a project devised by David Hakken, an engineer from the Netherlands called ‘Phonebloks”

Basically,  its a phone that is built on an open platform, that can be updated by replacing “bloks” ….so if one “blok” breaks or is upgraded, you can just replace that particular one. 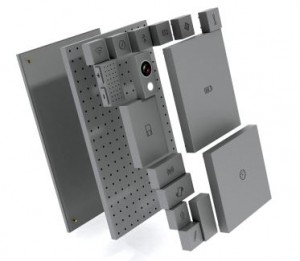 It highlights the fact that technology has become somewhat “disposable”…something new comes along, so the old version is thrown out!

I love this concept….it allows the “owner” to keep up with the latest developments, without having to through the whole thing out and start again! It still involves tossing away old technology, but it is in smaller “bloks”!

It allows for customization – some people….me included….want all the bells and whistles available, others just want a phone that does what it was designed to do…make and receive calls and thats it!

There are some concessions though…for example, it may not look as flash as the iphone and the other smart phones…however the developer is interested in submissions from the public as to how a modular phone should look.

As of writing, there has been 673 ideas submitted….and there were only a few hours to go before the deadline!

In fact, I really like how the developer is providing these Challenges on the website, allowing people to submit their ideas and suggestions to the project.

There is also an active forum and a community page.

When Hakken first promoted this concept, apparently he received 6,000 emails in the first month…not only from those who want to preserve the environment, but also from people who want to be able to customise their phone.

Recently, Hakken has teamed up with Motorola to bring his idea to life, but Motorola are not funding it…instead the project remains independent and relies on donations.

Prototypes are currently being designed and developed, and I can hardly wait to see what it will look like once the technology and design come together!

To be honest I am not sure…I love the technology and concept behind it…in fact, I think it is fantastic… but I am probably too addicted to my shiny, sleek iphone to change.

But I would certainly be very interested to try it out if one eventually came my way….I am more than happy to be proved wrong!

« The Exodus Begins » What I am Loving: Dry Conditioner!

What a week...started as a red head and finished ginger...and I am loving my new hair colour! Here is what I wore... What I Wore…Monday 8th February – Sunday 14th February Started the week feeling really average...I won't lie, Monday was a real struggle. I dressed for comfort in some Morrison wide pants I found at a local Salvos op Continue Reading →